If we had one greatest hope for the Fluval Sea Flores Expedition, it was to find some new, undescribed, and otherwise unknown species of marine life, with stony corals topping our wish list. Wouldn’t you know it, on just the second day of diving we began to encounter not one but two “species” of Acropora to which we were wholly unfamiliar. In this post we will be examining the first of the unknown stony coral which we are provisionally calling Acropora sp. “Flores 1”.

As we mentioned yesterday on our post about fluorescent photography, many of the dive sites were reached just as the sun was setting and our first exploratory dives were at night in total darkness with only our dive lights to explore with. On the first of these night dives, about 25 minutes into the dive at a depth of about 55ft / 16m, we came across a startling colony of a smooth skinned, open and infrequently branching Acropora.

In the dark it was quite hard to really make out what were looking at but we took a few night and fluorescent images and eagerly waited daylight to get a better look at this unique find. Seeing this striking Acropora in daylight was just as impressive as during the night, with our expanded field of view revealing a sprawling example of a thicket of the open branching Acropora.

Our initial thoughts were that this coral could be Acropora derawanensis, but looking at pictures in books is quite a different experience than seeing corals in real life. Being in the Coral Triangle we had “access” to observe nearly all the species of deepwater Acropora in real life which made for a wholly different experience of trying to identify all the species we encountered.

Just one dive later we came across a picture-perfect stand of A. derawanensis in a similar habitat and it looked quite different and distinctive from the Acropora sp. “Flores 1” which previously caught our attention. The first two images below illustrate the “true” Acropora derawanensis while the third and fourth image are of the (probably) closely related Acropora sp. “Flores 1” 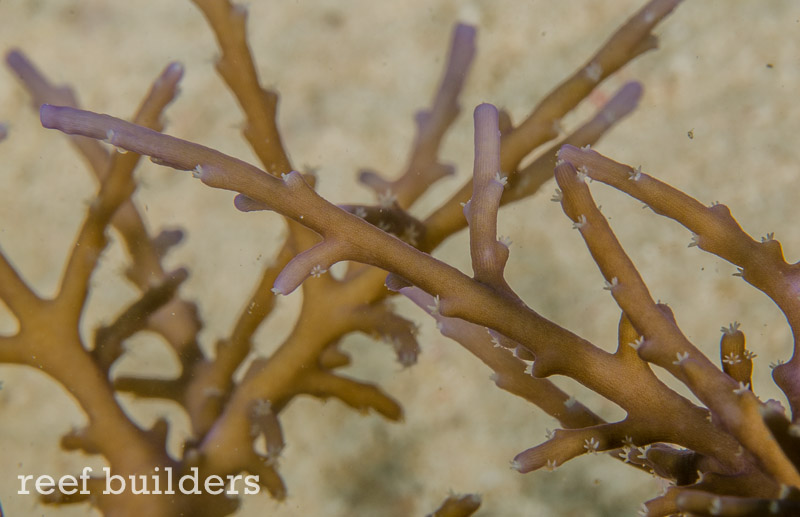 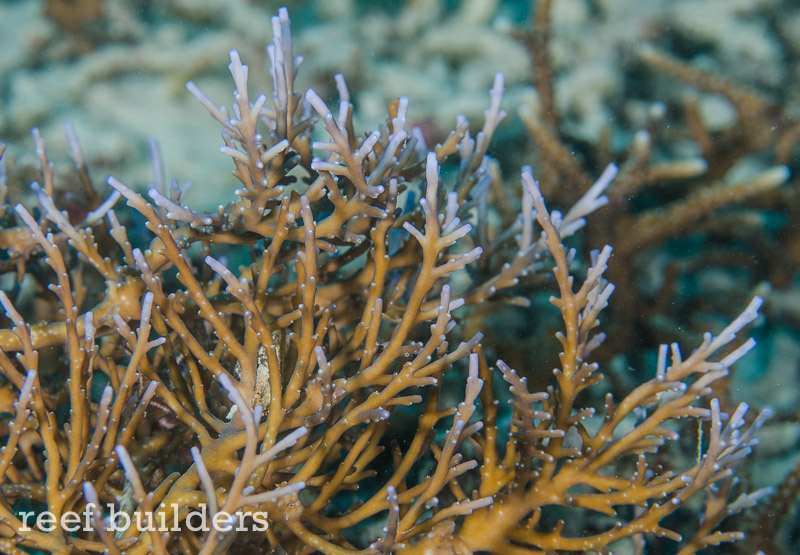 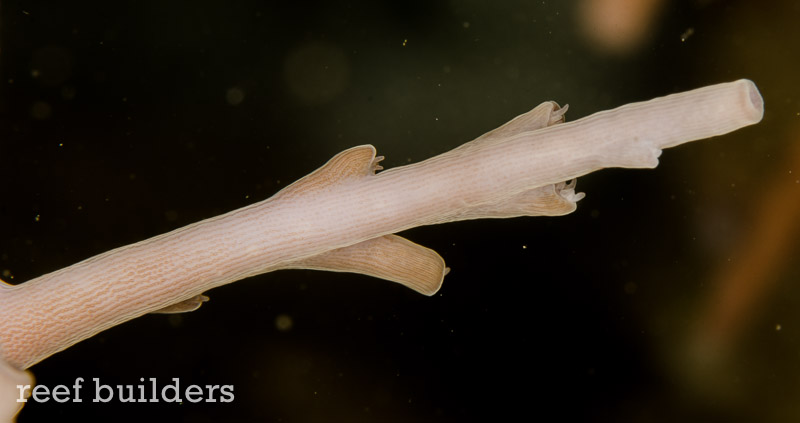 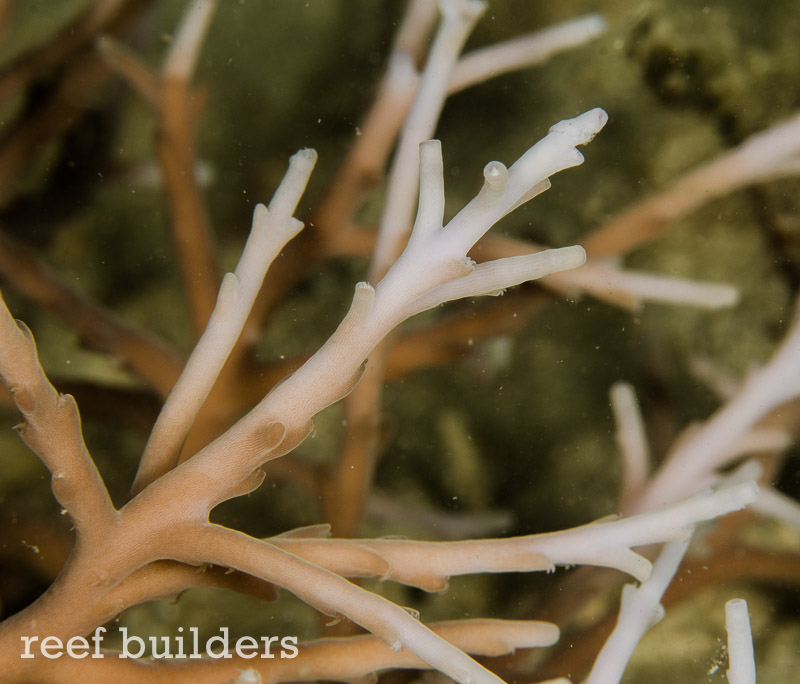 Our unknown Acropora sp. “Flores 1” grows into large open branched stands which attract a lot of dwarf species of Apogon cardinalfish. The branches are tubular and tapering from about 7mm at their thickest down to 2-3mm at the tips. Radial corallites are appressed and these develop into secondary branches quite infrequently.

By comparison, A. derawanensis has tubular branches which are fairly uniform in their diameters, with raspy tubular radial corallites that form sharp edges and branch much more frequently. Simply put, A. derawanensis has thinner non-tapering branches which branch much more frequently to create a wholly different looking coral from the Acropora sp. “Flores 1” which really caught our attention.

Acropora sp. “Flores 1” was observed about 5 times at two separate dive sites, in at least two color forms, so the colonies we encountered were not flukes and their appearance was consistent from one habitat to another. Of course we have to state that we are biased in being hopefully optimistic that our unknown Acropora is a new species but confirmation will ultimately have to come from a trained coral taxonomist with the experience to do the proper and thorough skeletal and genetic analysis. 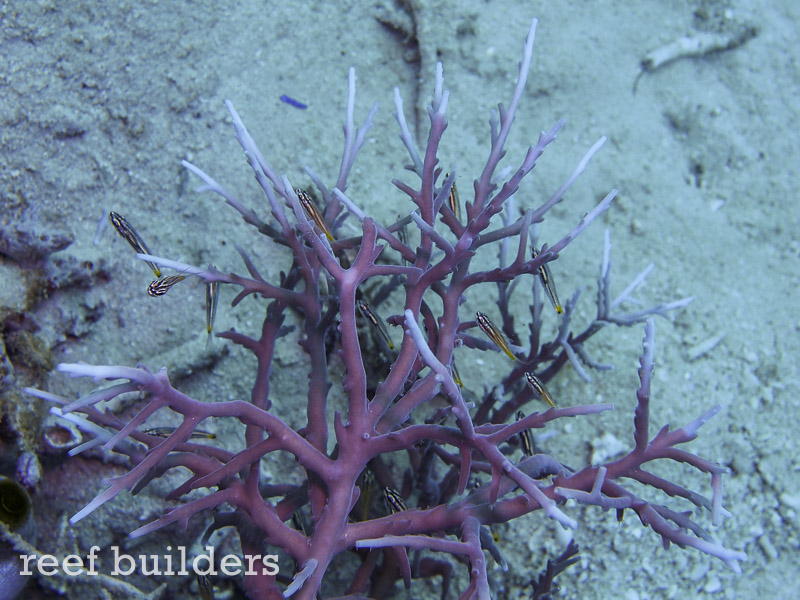 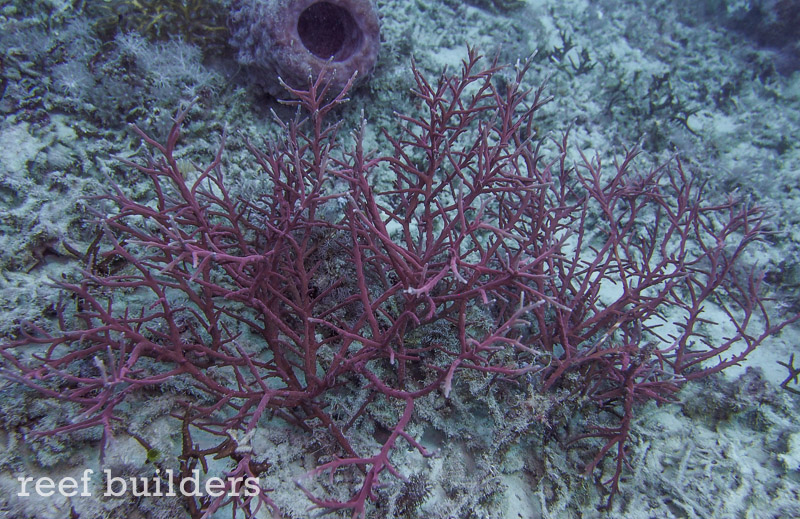 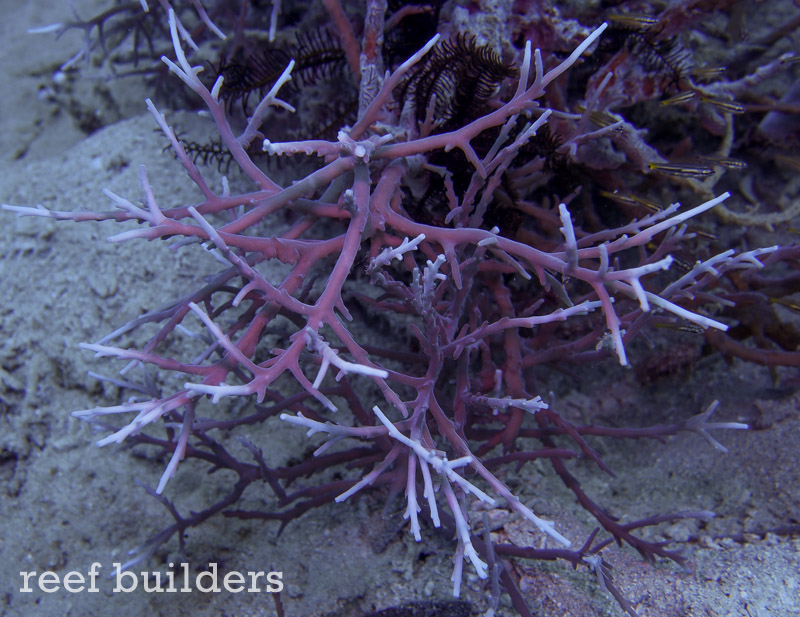 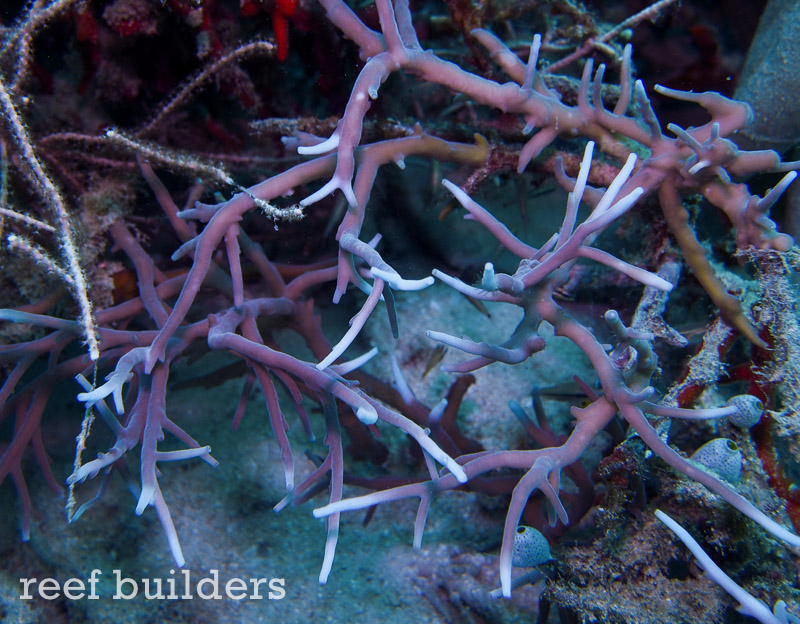 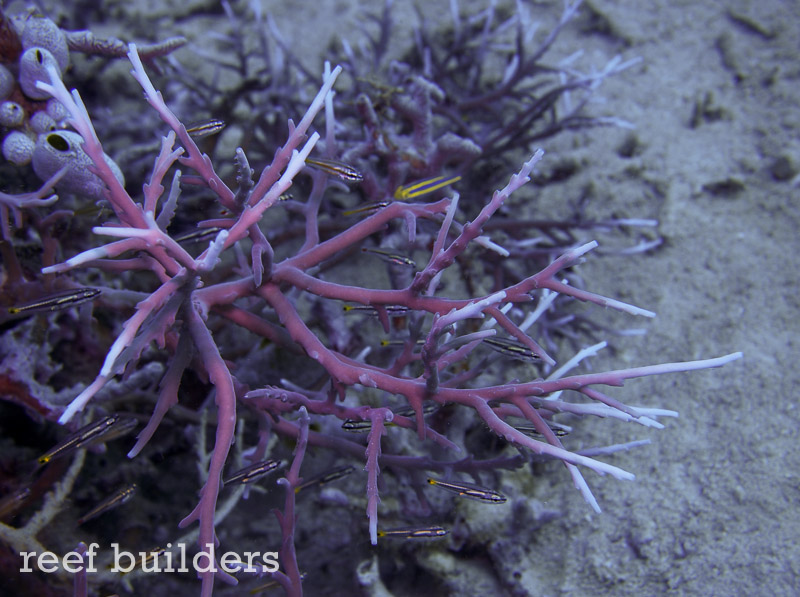 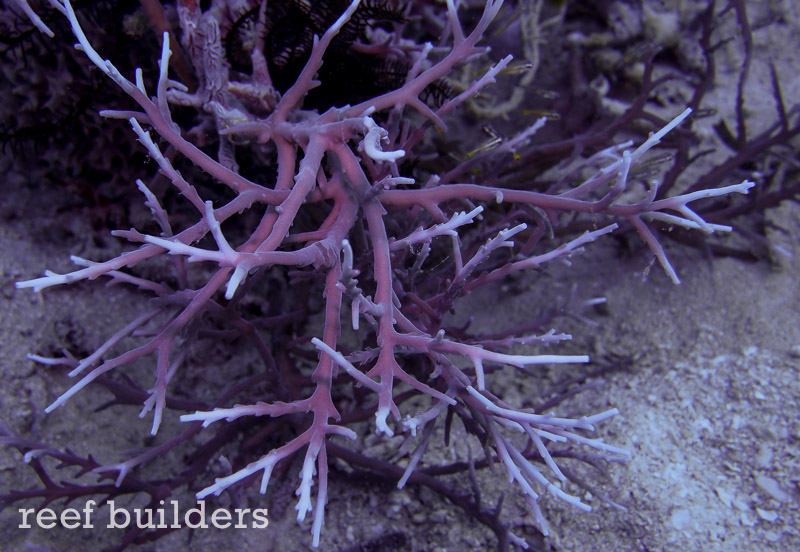 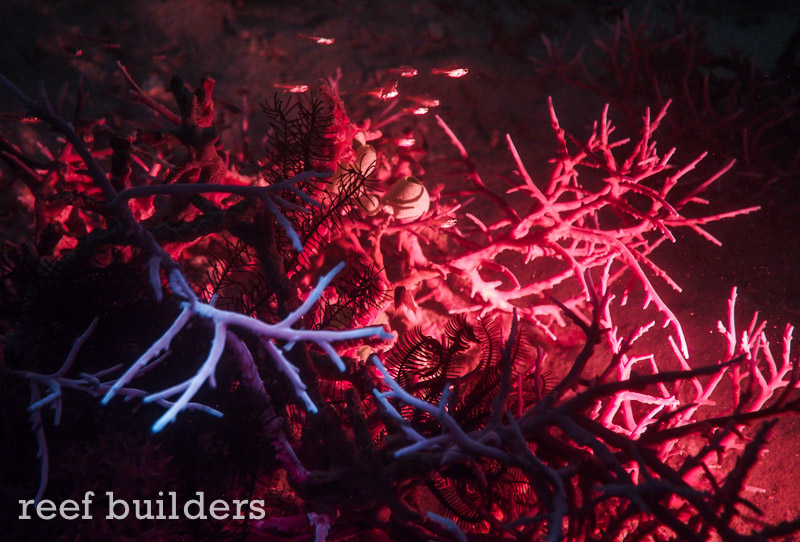 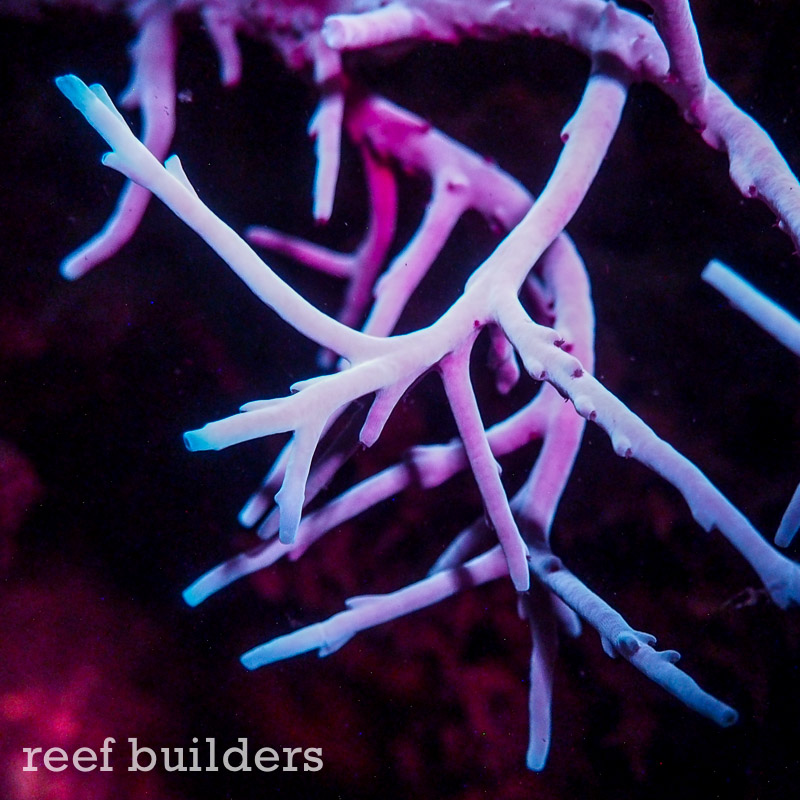 Coral Gumbo is new from Hikari