We hope that Martin A. Moe Jr., godfather of marine ornamental fish breeding and author of the best selling marine aquarium book, the Marine Aquarium Handbook – Beginner to Breeder – needs no introduction.  We’ll simply mention that he was also the original, the first, MASNA Aquarist of the Year award recipient, as well as many other accolades.

In recent years, Moe has toiled in his Florida Keys laboratory honing propagation techniques of Diadema antillarum, the keystone herbivore of the Key’s reefs that suffered dramatic population loss years ago.  Moe’s work leaves him little time or opportunity to travel, so it’s become an ever-increasing rarity to get to meet him or hear him speak at one of the numerous aquarium conferences and gatherings around the country.

Many of us had simply assumed we’d already seen our last talk by Martin Moe, and we were delighted to learn that he is on the speaker’s schedule for MACNA 2013 in Florida. What blew us away today is the news that Moe has committed to a second speaking engagement for 2013, one that will prove to be far more intimate an experience. 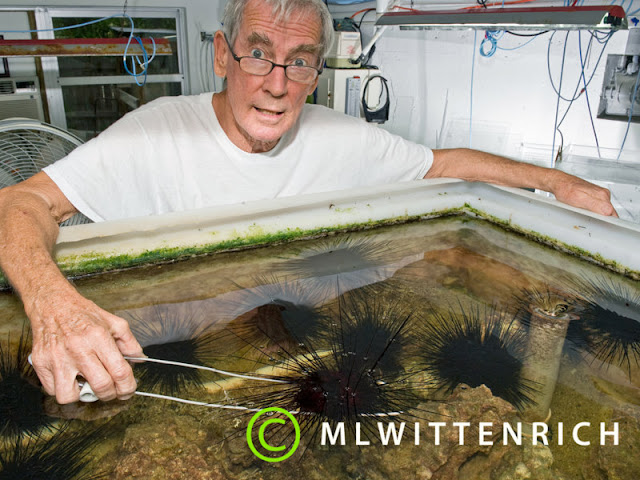 Late Sunday night, the Marine Breeding Initiative (MBI) announced that Moe will be speaking at the 2013 Marine Breeder’s Workshop.  This year’s MBI Workshop will be held Saturday, July 13, 2013, presumably once again in the Detroit, Michigan region.  However, at this time, the actual location of this event has yet to be announced.  Unlike a MACNA, where you can expect 1000+ aquarists to be running around like children in a candy store, the MBI Workshop may be the single best chance of a lifetime to meet Martin Moe, to shake his hand, and maybe even chat with him a bit about a breeding project or idea.

Not to mention, you’ll be at the only known hobbyist-facing marine ornamental breeding conference in the world.  The MBI has seen its fair share of noteworthy speakers, but we have to be honest; to have convinced Moe to leave his Florida paradise to come to Michigan to speak to a group of marine ornamental breeders is truly a coup.  Many folks talk about their regrets of missing a MACNA, but honestly, if you’re even remotely interested in marine fish and invertebrate breeding, this year’s MBI Workshop will be the one you’ll kick yourself for skipping.

Philippine Dartfish- One of the world best fish for nano tank