Photoblepharon palpebratus is a unique glowing oddball for your deepwater biotope

Like all flashlight fish, P. palpebratus can control the amount of light it emits from its photophore at will. The picture above shows the same fish with its photophore now hidden. Depending on the species, flashlight fish can either stow away their light emitting organs by rotating it inside its own socket, or by shielding it with a membrane much like an eyelid. This light is used in the wild for communicating, luring prey and other activities which can be directly influenced by the amount of light it emits.

While the fish may look cool and interesting, it requires a dedicated set up designed for the housing of it, along with other similar species. A dimly lit, deepwater tank with plenty of overhangs and liverock structure will be perfect for this fish, along with others that share the same requirement such as the pinecone fish, Pristigenys bigeyes, soldierfishes and cardinals. A dimly lit deepwater set up is also best to view the eerie glow that is only visible when the lights are turned off. 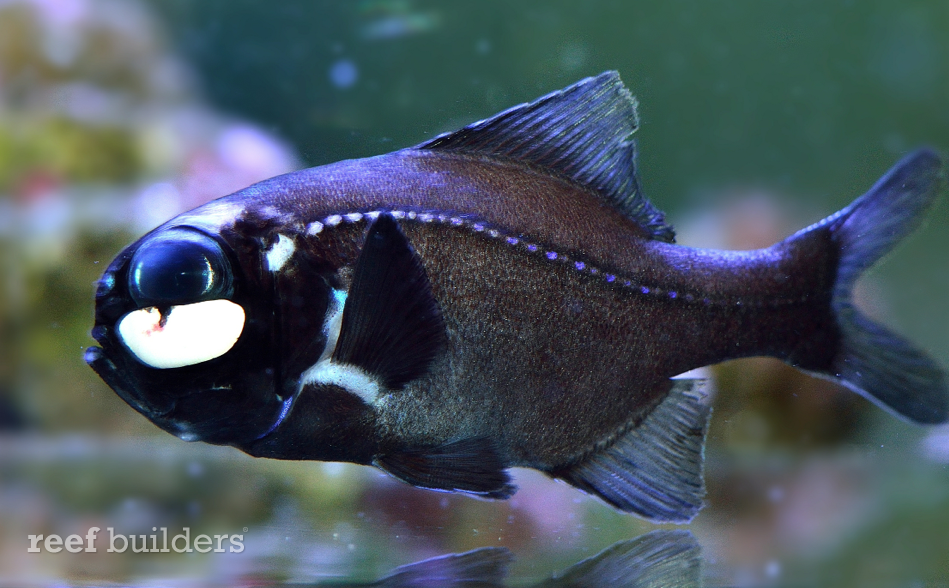 Keeping a small group would probably stimulate feeding and ensure better success for these fish. If you’re into oddballs and crazy fish, and can provide a dedicated system to house them, do consider the alien looking flashlight fishes. They certainly do add another dimension of life when the lights are turned off, and would make for an interesting conversation starter. We would like to extend a big thanks to Henry of MarineLife Aquarium Singapore for giving us the inside scoop on these amazing night time specialists.