For awhile now I have been trying to educate more aquarists about gorgonians and how they deserve a spot in their personal reefs as much as other corals do. You can see my more comprehensive article on keeping photosynthetic gorgonians.

I have been maintaining purple sea plume gorgonians (Antillogorgia sp) in my own aquariums for about eight months now. I have found them to be generally hardy with the exception of major ph or salinity fluctuations. Antillogorgia americana is the more commonly collected species of sea plume in my area (southern Florida); it occurs in very sizable, lush colonies in the ocean. It is beautiful, however it tends to have rather large branches and doesn’t look as natural when fragmented.

More recently I acquired some stunning specimens of Antillogorgia elisabethae. This particular gorgonian has smaller, finer branches than Antillogorgia americana. It looks like a dwarf variety and seems to be better suited to aquarium life. Propagated fragments of this gorgonian that are only seven inches tall are bushy and multi-branched, instead of the one or two branched frags you would expect with a similar sized A. americana.

I have been keeping an A. elisabethae in my tank for four months now under strong lighting and good flow and it is doing very well. It stays polyped out all the time and has very vibrant purple coloration even with the polyps fully extended. It doesn’t appear to be as sensitive to water chemistry changes as the larger A. americana.  If you have been looking for a lovely, easy to keep gorgonian to add to your reef you really can’t go wrong with one of these little gems. [Reef Gardener] 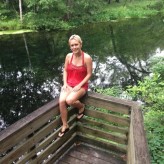 I'm a Florida native from Ft Myers, I've been living in Miami for 12 years now. I started keeping reef aquariums in 2002 and developed a blue thumb shortly after. I run Reef Gardener, Inc; my company specializes in aqua-cultured corals with around 75% of our corals being grown in house. You may have seen some of my writing in CORAL magazine. I am very passionate about corals and all the fish and creatures that call them home.

Kamoer 3 channel doser gets picked up by Deepwater Aquatics