Photosynthetic marine algae are crucial to the survival of the coral reefs. These tiny algae live symbiotically inside coral tissue and are responsible for converting sunlight into usable energy for the coral’s survival.

Yet as we know all too well, these algae are extremely sensitive to rising ocean temperatures. The slightest elevation in temperature over a period of weeks to months, these algae can be expelled from the host coral leaving nothing but translucent tissues above a ghostly white skeleton.

But some of these algae are proving to be more resistant to bleaching than others. Think about the corals in your tank that seem to survive no matter what you throw at them. This is also true for wild coral reefs where one coral colony can withstand a bleaching event while others around it can succumb this rising threat.

Associate professor of biology at Penn State Todd LaJeunesse, has identified one of these algae which he named Symbiodinium glynnii. These algae are common among corals in the pocilloporid and montiporid families. “Corals with this species of algal symbiont are physiologically robust and can withstand conditions that would be too extreme for coral colonies harboring other kinds of the symbiont,” said Lajeunesse.

Different species of Symbiodinium have a large genetic variation which is in part responsible for their tolerance to heat. The common name for Symbiodinium algae in coral is Zooxanthellae. 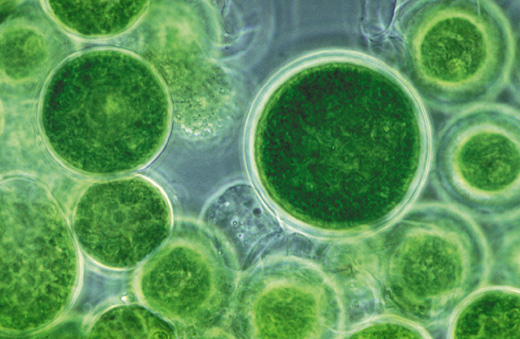 In a recent study published in Frontiers in Microbiology, researchers use sequencing data from Symbiodinium to develop strategies for genetically engineering stress tolerance of these tiny symbiotic algae.

This newly identified ‘super’ symbiont and advancements in Symbiodinium genetics is however not a miracle solution to saving coral reefs, warns Dr. Levin. “If lab experiments successfully show that genetically engineered Symbiodinium can prevent coral bleaching, this enhanced Symbiodinium would not be immediately released onto coral reefs. Extensive, rigorous studies evaluating any potentially negative impacts would be absolutely necessary before any field-based trials on this technology begin.”

In order to progress, other researchers will need to contribute to this research to advance the information currently available, “We have developed the first, tailored genetic engineering framework to be applied to Symbiodinium. Now this framework must be comprehensively tested and optimized. This is a tall order that will be greatly benefitted by collaborative efforts.” [Phys.org]