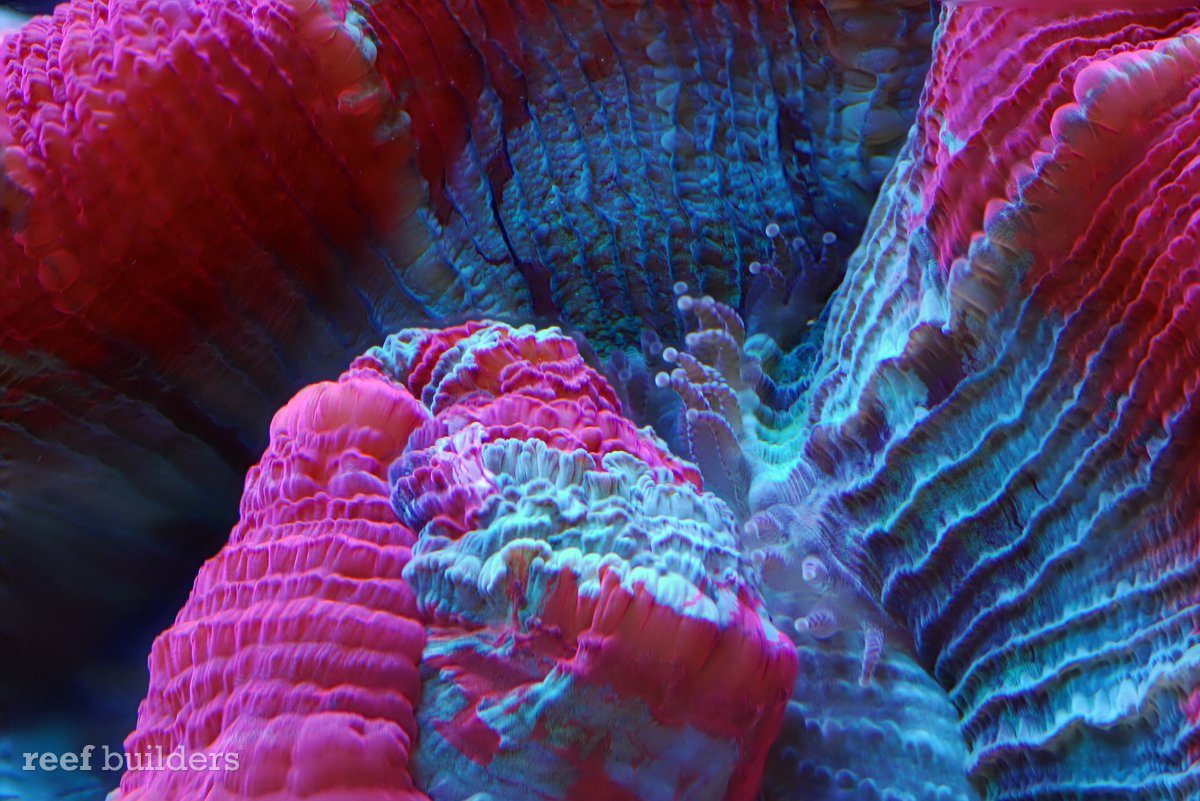 Focus stacking and stereoscoping imaging are some unique new ways to take your photography further. Not many things make me stand back and say “wow”, but that was recently the case. The reason for this was the discovery of a program called Helicon Focus. Now, if you are like me and have a reef tank you will no doubt want to show it off to the world in all its glory, and what better way to do that by photographing it. We all know that everyone loves to see macro photographs of corals up close and personal. The only downside of macro photography is the limited depth of field which leaves most of the image blurry and out of focus. Well, thats where Helicon Focus comes in. What this amazing program does is allow you to create a macro photograph of the entire coral, or rock, or whatever you choose to work with. The way Helicon Focus (HF) works is by layering, or stacking, a series of images and blending all of the focused regions of each photograph into a single image that has ultra depth-of-field. The program is extremely simple to use, cheap to buy, free to try, and results in the the most spectacularly stunning images I have ever had the pleasure to create.

So, how does it do what it does. Very simply, using a digital camera (with a macro lens set to manual focus, on a sturdy tripod) focus onto the back of the subject you are working with and look at the depth scale on the lens. Refocus at the front of the image and again look at the depth scale. The distance between them can be used as a guide to taking the individual photographs. Starting at the front (or the back), take a snap, then focus backward by a small amount and take another image, then focus forward and take another until you are focused at the back of the subject. The series of pictures is referred to as a stack. (My initial trials used anywhere from 4-10 images per stack). Then comes the magic. Open HF, import the images, and hit run. Before your very eyes, the separate photographs will be assembled and the result is simply amazing. Have a look at the example shown below. A series of 7 individual photographs were taken of a brain coral. The first was focused on the front-most part of the coral. The lens was manually adjusted and the focus moved backwards to capture the detail at the red-blue interface of the front lobe, the next photograph captured the crest of the lobe, and so on. As you look at each image in the series you can see the focus plane is moving backwards through the coral. The final image (bottom right) is the HF output with all the images blended into one. A larger version of the final composite is also shown at the top of the article. The resulting file can be saved as a jpg and used to amaze family and friends alike.

Now, if that were all HF did it would still be worth the miniscule asking price of $70, but wait, thereâ€™s more. Using a “retouching” option, the user can select a part of any of the stacked photographs and force it into the final composite image. This is extremely useful if say a fish swims past on the background of one of the stacked images. This will result in a blur in the composite, but by forcing the composite to show a background without the fish will remove the ghost in the final product. One can also alter the degree of blending between images as well as various other parameters to optimize the output.

Ok, so now you are thinking that “Yes $70 is a steal for this amazing program”, but wait, there’s even more. Since HF makes a composite of focused areas that are stacked one on top of each other, it holds within itself a topographical map of the composite. What that means is that it can convert your awesome ultra depth-of-field image into a 3D model, and allow you to rotate the model and see surface structure as well as make a Quicktime movie of the model. This is a feature usually reserved for incredibly sophisticated image software used in electron microscopy that has an equally sophisticated price tag. You can see a mini 3D movie of the brain coral in the composite shown above by clicking here. (insert youtube movie link). Also included in HF are editing tools to adjust how much the image “pops up” from the screen as well as create stereoscopic images, save snapshots at an angle and much more.

I have been using HF now for about a 10 days now. I have the free trial version (30day limit) which has full functionality. Learning the basics of the program is easy and anyone can create composite images in minutes. Some of my first attempts are still some of my favorites. The only hard part, if it can be called that, is generating the image stack. I have found that stopping water flow and using a very sturdy tripod, with a very steady hand, are essential. Any movement will create ghosts in the final composite. I have also discovered that the best images result from deliberate focusing on key features of a subject, much like the brain coral shown above. The retouch option is a nice feature not only to remove, but also to include certain elements. Instead of removing the ghost of a fish resulting from one image in the stack, you may wish to incorporate the fish in the final image. This works really well and allows a great deal of flexibility. Other tips I would suggest are to set the camera shutter and aperture to ensure every image has the same exposure and only shoot perpendicular to the tank glass or acrylic to ensure there is no distortion. Other than those points, its a snap. Below are a few examples of my efforts to date. I encourage you to upload and try HF free for 30 days by accessing their website and I am confident that inside a few hours you too will be standing back and saying WOW.
Many more movies can be viewed in my youtube channel.