A tanker ship filled with 950 tons of oil  and 65 thousand tons of coal has run aground 70 miles east of Great Keppel Island, northeast of Australia. Some oil has leaked from the vessel already, and authorities fear the ship may break apart into pieces, dumping its entire cargo into the sea.  The ship did not have a marine pilot aboard (though none is required), navigating close to the reef is treacherous and a pilot is necessary, according to environmentalists. Attempts have been made to refloat the ship, but none have been successful. They are now attempting to chemically mitigate the spill preemptively. The worst part? The ship was miles outside of designated shipping lanes, putting it right in the midst of the Great Barrier Reef Marine Park, a protected area.

As of most recent reports, about 2 tons of oil have been dumped into the sea and are visible from aircraft assessing the damage. As the recovery efforts proceed, more information should be made available. 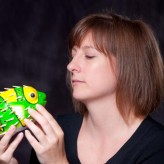