The second generation LED tubes from SunBrite are a 180 degree turnaround from the rocky start of SunBrite’s first LED lighting offering. After going back to the drawing table, the company has not only strongly shored up the tubular LED platform but they have also reinvented themselves as a company and the way they make their tubes. Whereas the first generation LED tube was a complete OEM with no heatsink, 5mm LEDs and a crummy power supply, calling the new handmade LED tube a second generation effort is a serious understatement. Sunbrite’s LED tubes are now made from components with five or six custom molds. The significant heatsink distributes over 10 grams of mass per watt of LED. These new tubes are using Cree-based, Edison and BridgeLux LEDs and the diodes are purchased without primary optics so SunBrite can apply their own, custom-designed primary optic with a native directivity of 60 degrees. Finally, all the diodes are hand-soldered to their PCB in SunBrite’s own factory where all the gen2 tubes are assembled in house. Perhaps the only downgrade from the original SunBrite LED tube is the lack of fine differences between color temperatures of the 5mm LEDs and the high powered one watters that are found in the Gen2. However, SunBrite makes up for it by offering a vast diversity of color combinations of lamps with white, blue, royal blue, red and UV LEDs. The even spread of a bank of these LED tubes rocking efficient primary optics makes for some respectably high PAR numbers which we will revisit in a subsequent post. In the meantime, more information about colors, sizing and pricing can be viewed on SunBrite’s own webpage and be sure to follow the break for lots more pictures of the second generation LED tuebs from SunBrite LED. 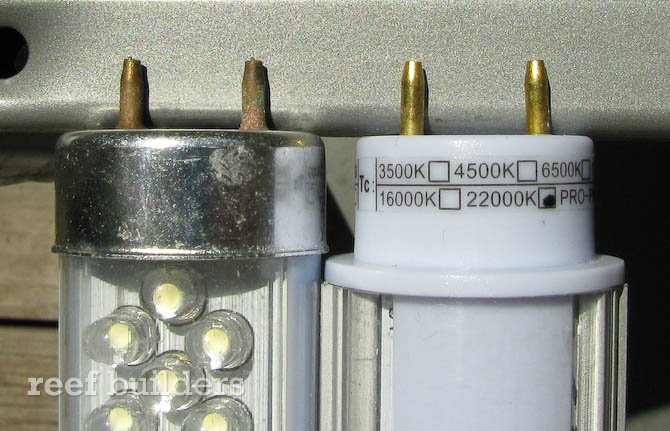 original Sunbrite tube on the left, gen2 on the right 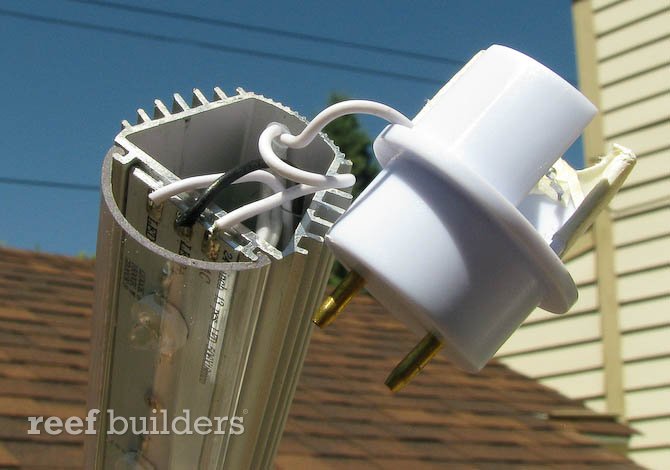 Skimz skimmers and reactors coming to North America via Aqua-Digital