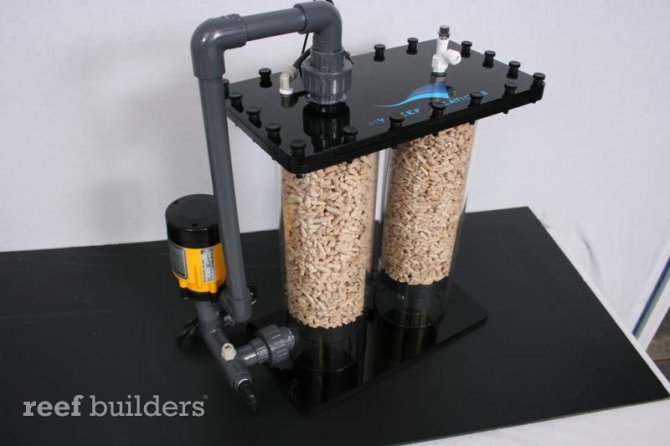 The Horizontal calcium reactor above may be photographed standing up, but this is one little number that was specially built to lay flat. If necessity is the mother of invention, then tight space restrictions in the stand of William Scherbath meant that he’d have to come up with something different if he wanted a calcium reactor on his reef tank. William contacted his local acrylicsmith My Reef Creation and they worked together to design this unconventional horizontal calcium reactor that would work while lying flat. The dual Cylinder design includes fittings that are specially positioned for optimum pass-through. Extra coarse media was used since it is better at dissolving due to the higher flowrates and that regular gravel ARM just tends to clog up and create channels of flow without reacting with much of the media. Using coarse media prevents particles from clogging up the fittings and it also makes the use of a spraybar superfluous since coral bones tend to have very good flowrate in a calcium reactor anyway.

Any potential inefficiencies in the horizontal design of the reactor will be completed negated by the fact that there’s enough calcium reactor media for about 600 gallons worth of reef water to fuel a 65 gallon system. What is equally brilliant is how the CO2 reactor was also modified to pull gas from the top side of the cylinder so that it could also lay in a horizontal position. The horizontal reactor was a one-off, custom job but if the design works well and there is enough demand for it, we’re pretty certain that MRC wouldn’t mind busting out a few more units. Granted this is a first generation design but if the interest is there, we could see an iterative process of improvements making this kind of Horizontal reactor as good as any. Continue reading to see a few more pictures of this originally designed horizontal calcium reactor. 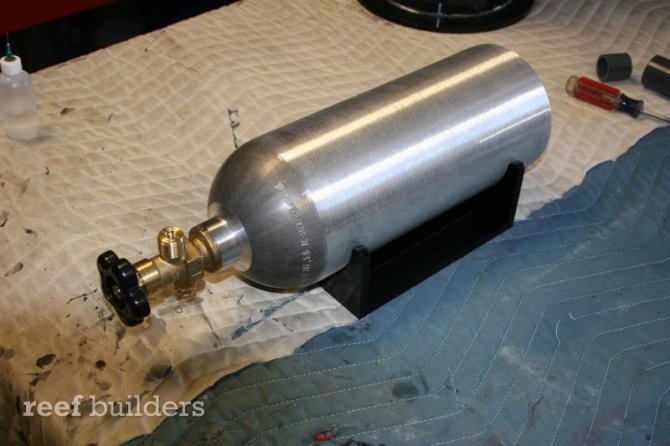 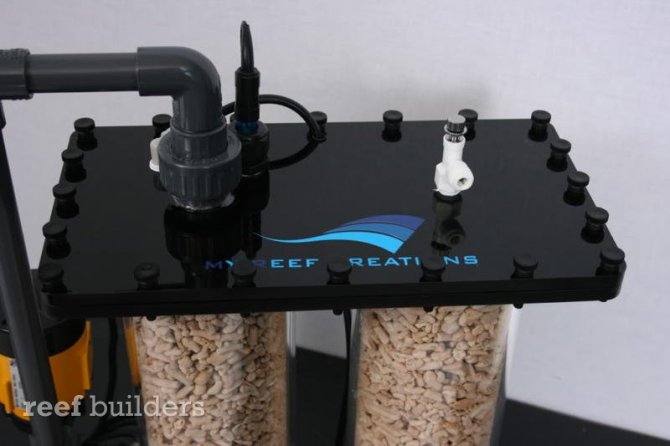 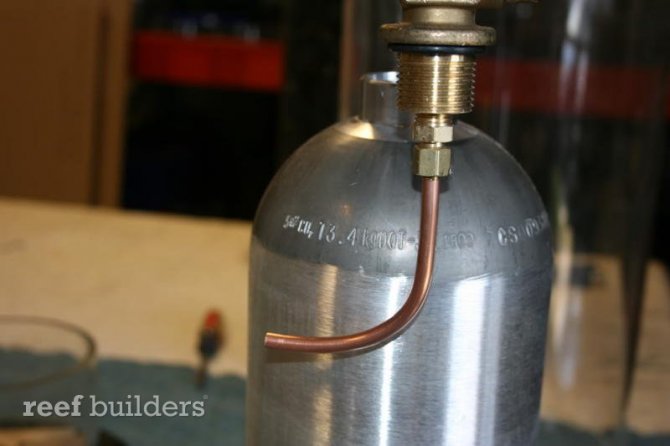