Halichoeres claudia at first glance may come across to many as just another “Christmas Wrasses”. The term, commonly allocated to most of the Halichoeres wrasses sporting similar coloration. H. claudia however, is no such stereotype. These lovely photographs of the supermale specimen is probably some of the clearest outside of the wild.

Widespread in the Indo-West Pacific, ranging to Japan, Fiji and the Cook Islands, H. claudia lives in depths of 6-20 m and grow to a maximum size of about 12 cm. Although not as recently described species like Halichoeres hilomeni and Halichoeres erdmanni, H. claudia was only recently recognized as a separate species in 2009. The beautiful contrast of red and teal rivals that of most other Halichoeres species, especially those belonging in the same “Christmas Wrasse complex”.

The photographs by Neptune-fish highlighted the beauty of the fish perfectly, showcasing its iridescent teal body, scrawled and scribbled upon with thick red markings. The outstanding contrast in color rivals the beauty of most other Halichoeres, especially the other “Christmas Wrasses”. 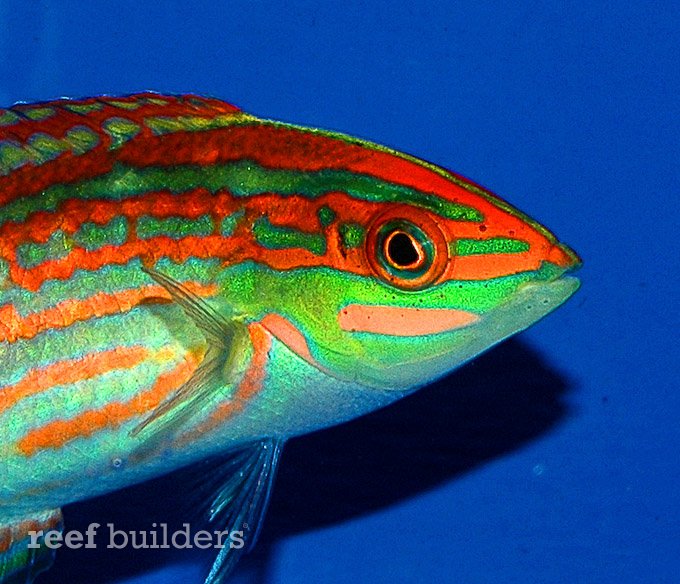 The supermale specimen was captured in the Celebes Sea, where the recent Bodianus masudai, Sacura speciosa and Liopropoma lunulatum were caught as well. Although living nowhere as deep as the other three, the beautiful wrasse adds another plus point to the Celebes Sea and its gorgeous inhabitants. The Indo-Pacific region is a treasure throve of unique and spectacular fishes, with many waiting to debut in the aquarium scene, and many more yet to be discovered.

Video walkthrough of the Profiline digital dosing system from Coral-Shop