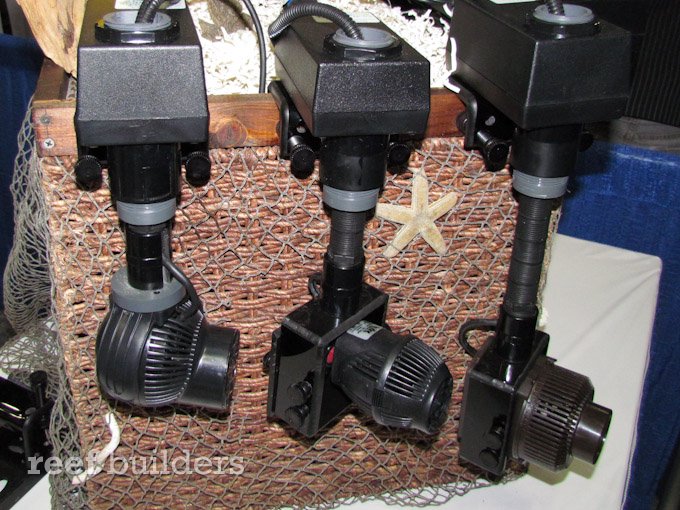 The Sea Sweep is a new product from Sea Swirl that rotates your propeller pump from side to side, much like the sweeping motion of the Sea Swirls. The Sea Sweep has been designed to hold and withstand the kickback force of larger internal water pumps such as the Hydor Korallia, Tunze Stream pumps, Sicce Voyager and so on. Two different mounts for the Sea Sweep basically allow for magnet mounted pumps to affix to a backplate, or another mount is specifically designed to hold the cradle for the ball-shaped Tunze Stream 2 pumps. The Sea Swirl comes in a regular and an economy version, the latter of which is a lower torque motor, and they are selling on special here at MACNA for $259 and $219 respectively but they’ll sell for a little bit more when they go on general sale in a few weeks. More pics after the break. 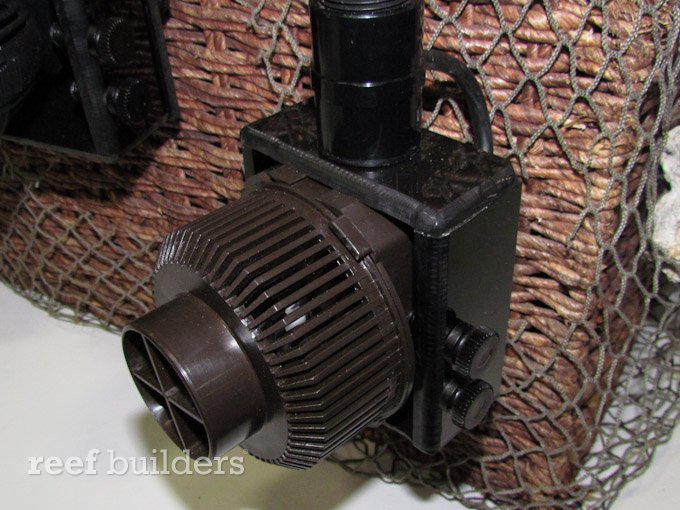 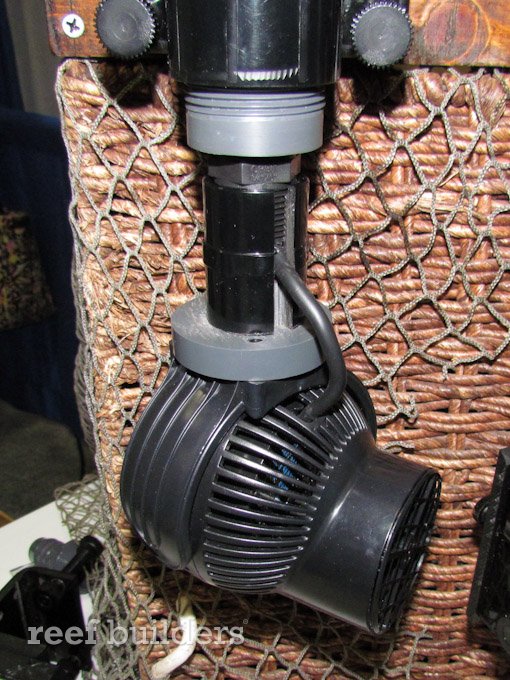