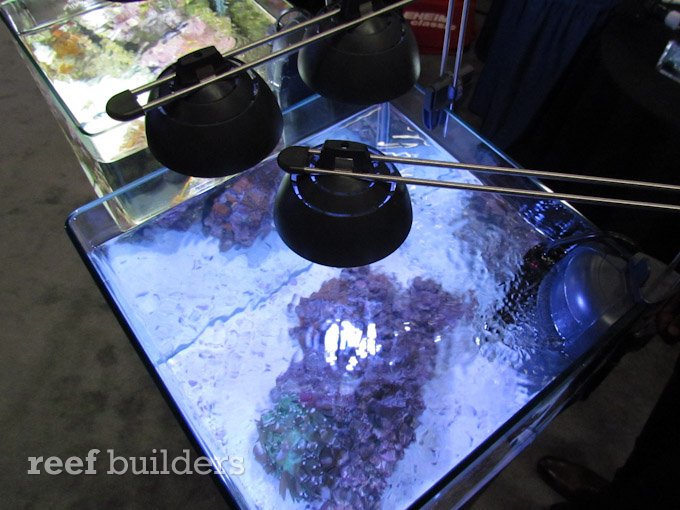 Eheim may be a freshwater centric aquarium product company but their new prototype blue Aqualight LED indicates that they’ve got a little love for reefers yet. The new white AquaLight LED is just starting to hit store shelves in the 6500K flavor yet this weekend at MACNA we spotted an AquaLight sporting a band of blue LEDs.

Eheim’s Blue Aqualight LED is still being worked on but the one-third blue AquaLight showed off at MACNA will eventually be joined by a two-thirds and an all blue AquaLight LED in the future. Eheim expects that development of the first blue-tinted AquaLight LED will be ready for production in four to six weeks and available soon after.

One neat thing we learned about the AquaLight LED is that the LED mocules can easily be snapped on and off the mounting and powering arm and each one can fit two of the seven watt LED modules. The full AquaLight kit retails for a suggested $79 and new color modules will be available independently for a little less.