Aberrant pink-spot firefish is both unique and spectacular

The firefish, Nemateleotris magnifica, is a staple beauty in the aquarium industry – aberrant firefish however, are not. Having seen hundreds of firefishes all resembling cookie cutter clones of each other over the years, this is the first time that we’ve seen and obtained an aberrant specimen of firefish. Normally, the only pink coloration that is seen on this species is manifested by the stripe on it’s head and the little spots around the eyes.

Somehow, the pink coloration is expressed on the body of this firefish, and resulted in this rather interesting aberration! What is more unique is that only the top half of this pink patch glows under actinic lighting, the same way the pink stripe and spots around the head does. The bottom half, is just pure pink pigment that does not glow no matter which angle you look at it from. Check it out on video after the break.

That’s the never ending surprise that this hobby is always offering, and sometimes, even the most humble of fishes can outshine it’s rarer counterparts. 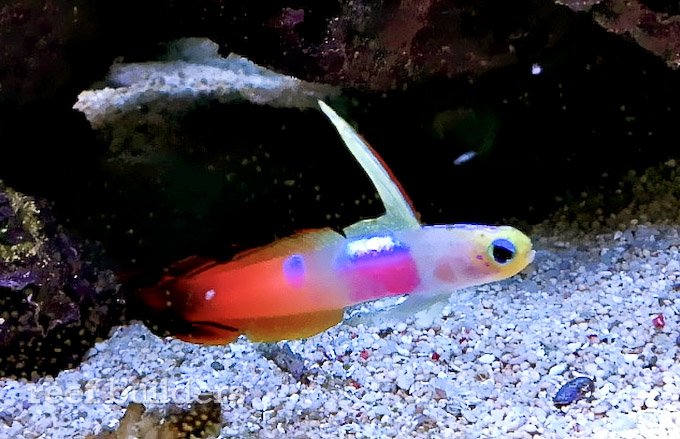