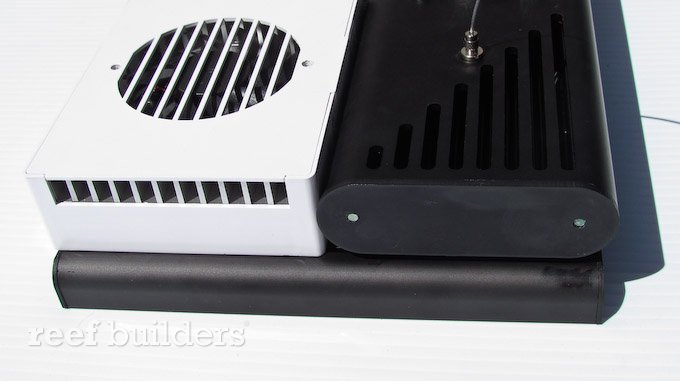 Now that Aqua Illumination’s AI Nano LED has been thoroughly covered and reviewed, it’s time we stack it up against some other Nano LED lights that are in the same size range. The Slimline S from Sunbrite LED is a thinner and broader light than the AI Nano, and it may be $379 but it’s still a svelte and attractive light with eight more LEDs than the AI Nano. The NanoBox Reef light we are testing out is a 12 inch housing with 24 Philips Lumiled LEDs for $450, but a 12 LED version is also available for a hundred dollars less. If you think the iPod-white AI Nano LED is purdy, then you will love the gunmetal black finish and high radius curved edges of the NanoBox Reef light.

The Slimline S from Sunbrite LED is the larger version of the original Slimline LED which adds $120 to the price for higher quality and more numerous LEDs. The Slimline S has 18 LEDs driven at 36 watts with two channels are uniquely controlled and dimmed using an included remote. The Cree XP LEDs are cool white and regular blue and they are backed up with secondary lenses that gives it the spread of a spotlight but a very thin and sleek appearance that continues into the sturdy edge mounting bracket.

The NanoBox Reef is about the same thickness as the AI LED but it is a little bit narrower and longer in its footprint. The matte powder-coated metal finish and curved rear and front metal edges is a stark contrast to the glossy, sharp edge white plastic of the AI Nano – neither better or worse in appearance, just different. The twelve inch NanoBox Reef LED pictured has 24 Philips Lumileds in four colors and without secondary lenses, which are more spread out and supported by two drivers, each of which have two adjustable channels covering each included color in this fixture. Although mounting legs are available for this light, the design and appearance is better suited to suspended orientation.

Your choice of nano led reef light will ultimately depend on your tank’s shape and your coral’s needs. If you have an elongated aquarium and want to crank a lot of power in a small package, the NanoBox Reef can do that. If you like a ninja-appearance and have a larger cube tank you might look at the Slimline S. If you want finer control of channel intensity and better digital and controllable lighting options then the AI Nano might be more up your alley. In any case we are very excited about the new crop of Nano LED reef lights which ought to help the aquarium community build even nicer and more efficient nano reef tanks than we’ve yet seen. If you’re planing to get one of these lights shout it out in the comments and tell us why you picked that specific model. 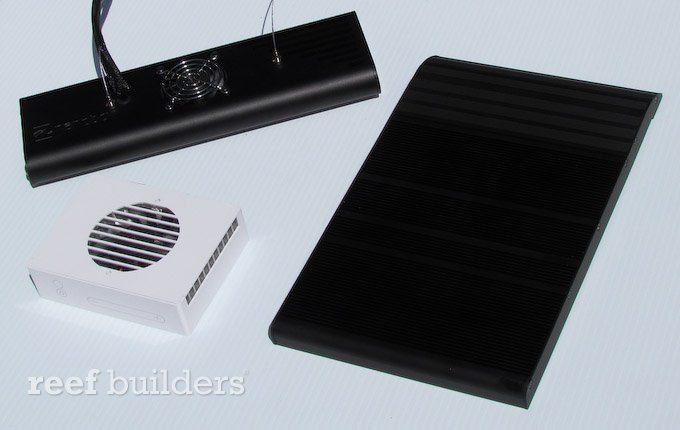 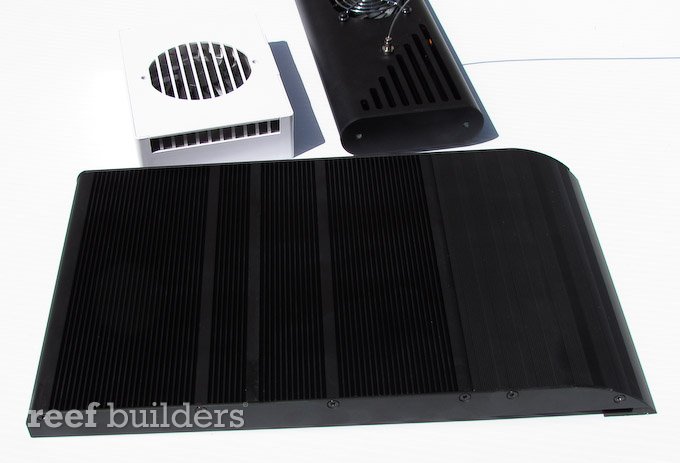 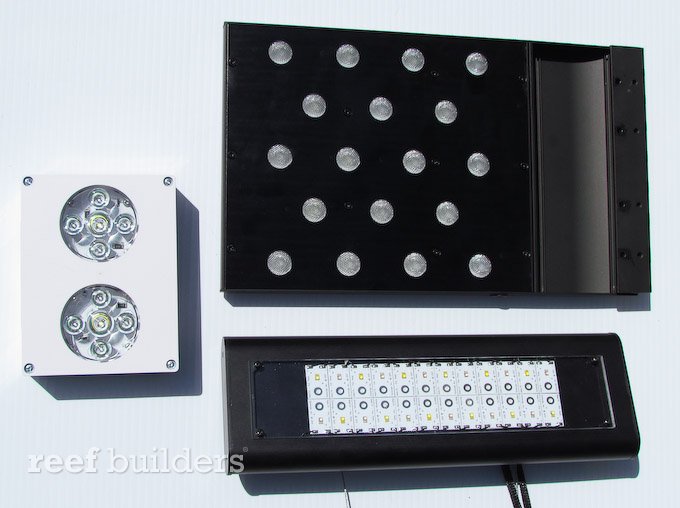 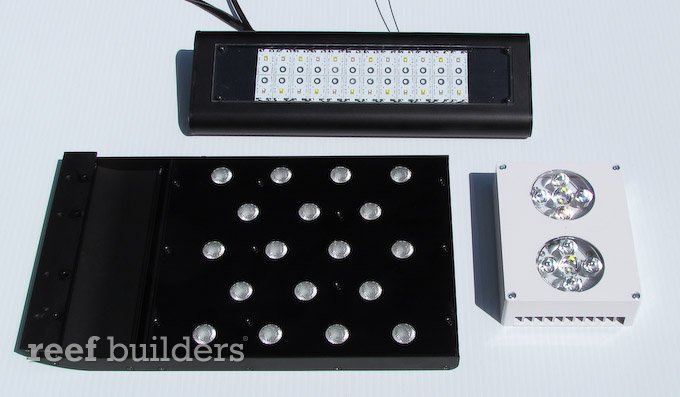