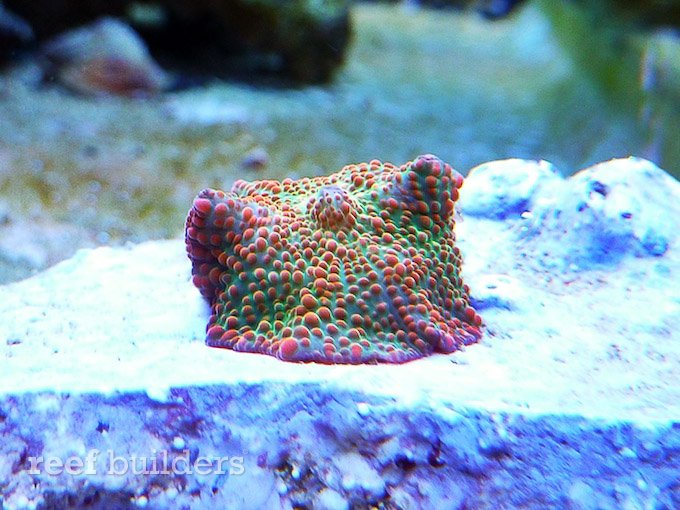 We knew that Vietnam stony corals were coming but who would have thunk that some highly tenticularized forms of beaded Discosoma mushroom anemones would be the first unique corals from that region. The Vietnam mushroom anemones pictured were imported by  Pets Warehouse of Long Island, NY and shared with us with their resident coral fragger Kevin Apsley. The image above is an honest representation of the incredible rainbow vietnam mushroom anemone which has a spectrum of color on the disc and prominent red beads all over its surface.

The potential of the rainbow Vietnam mushroom anemone was spotted when they first arrived and after a couple weeks of T5 lighting the color has done nothing but improve – could you imagine what kind of coloration it could get and show under the right blend of LEDs? The other striking Vietnam mushroom anemone is a brilliant fiery orange-red corallimorph with some gnarly proto-tentacle beads, the likes of which we’ve spotted in the show tanks of at least two finer coral dealers. If more Vietnam mushroom anemones show up like this we may be headed for a renaissance in shroom reef tanks, we’re all for it! 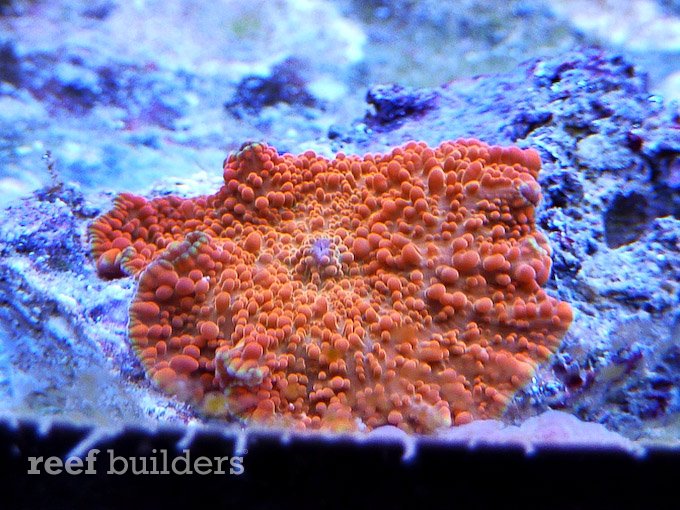 Hawaii gets another proposal to ban marine aquarium fish collection