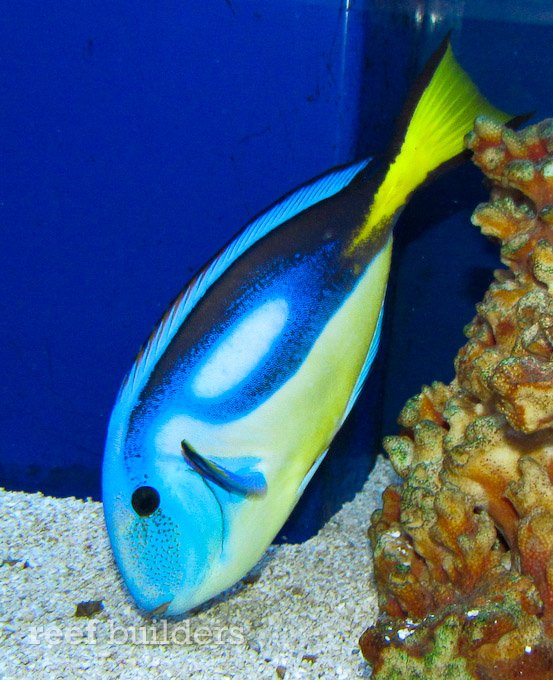 Before this past weekend we would have been first in line to dog on the usually pale yellow belly regal blue tang, Paracanthurus hepatus, from the Indian Ocean. While visiting Marine Designs near Atlanta Georgia, among some of the awesome aquariums and livestock we spotted a very large regal blue tang from across the fish room. Based on it’s demeanor and show quality size this regal blue tang was obviously a used fish that was traded in to the fish store. Were it not for the bright yellow belly and brighter yellow tail, we wouldn’t have bothered to give it a second look but the black body marking looked really odd and warranted closer inspection.

We totally expected to see such a large veteran aquarium surgeonfish showing signs of HLLE eating away at the black body marking and face, causing the unusual the aberrant look but this fish is impeccable. 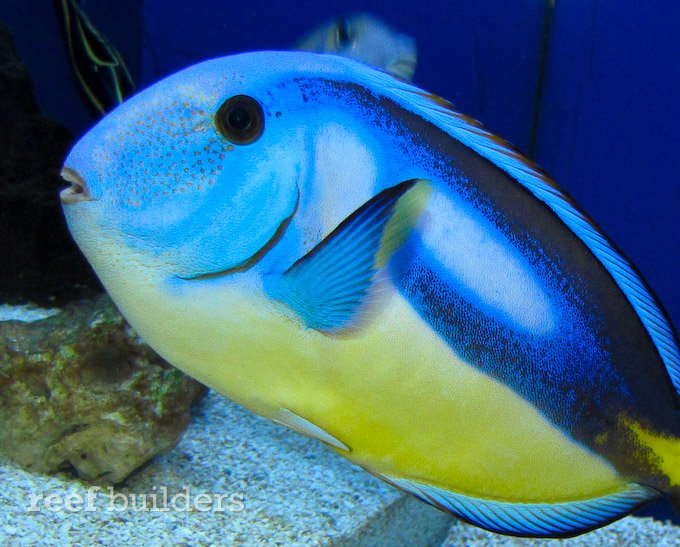 When they are young yellow belly blue tangs from the Indian Ocean basically look like a washed out version of the solid blue Indo-Pacific regal blue tangs that we more commonly see. Occasionally you’ll see a specimen of P. hepatus with a discrete color pattern of a blue upper body and yellow lower body, but that is not usually the case. With this weird blue tang has a very different distribution of yellow and blue coloration – the blue has turned a lighter yet equally bright color but it is more pronounced around the black marking, the face, and the pectoral, dorsal and anal fins are especially bright. The black marking itself shows an unusual pattern of fine blue spots replacing the black color in places.

90% of readers will invariably prefer the standard-issue solid blue regal blue tang but from now on we’ll be giving the little yellow belly blue tangs a little bit more credit. 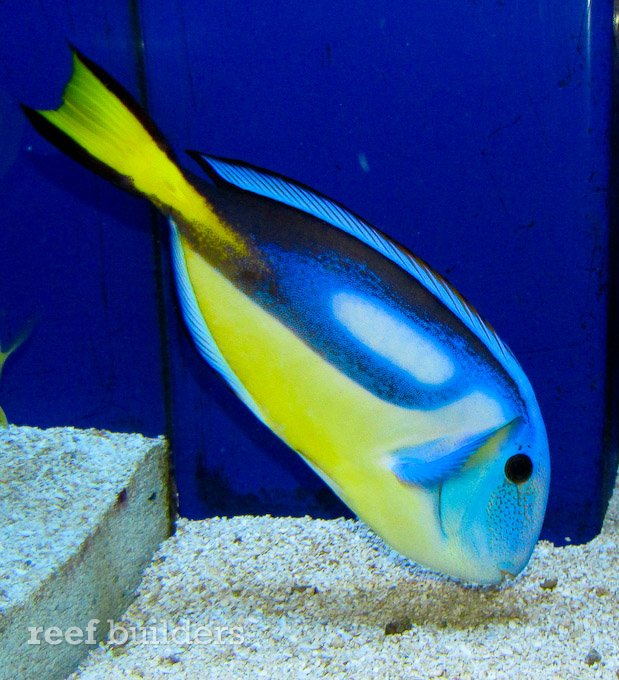