The black-margin dottyback, Pseudochromis tapeinosoma, is rarely seen and full of character 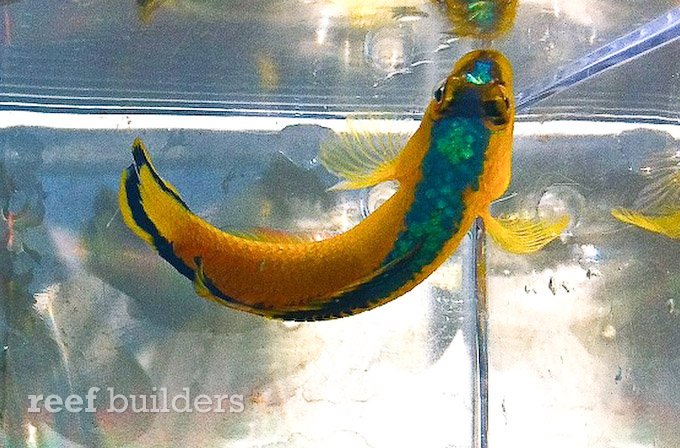 The first time I ever saw and heard of this cool little fish was back in January this year. Back then I had no idea what this little fish was, and so did many other people. After digging around and with the help of a few well endowed ichthyologist, the identity of this spunky fish was revealed. Pseudochromis tapeinosoma. Quite possibly the most intriguing dottyback species I have ever owned. 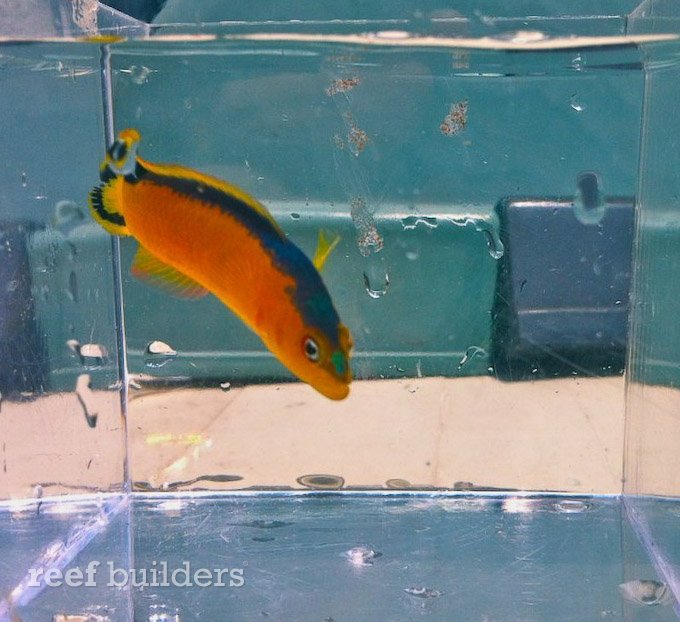 As far as I know, the availability of this fish in the market is quite infrequent, and it was only January this year that it first appeared in my country, Singapore. It arrived by itself, through a Philippines shipment, and was mis-identified as a neon dottyback. I got it for a steal, which isn’t very surprising. I mean, how expensive can dottybacks from the Indo-pacific be? It’s not surprising though, that it was mislabeled as a neon dottyback. Although not exactly identical, the resemblance is there. 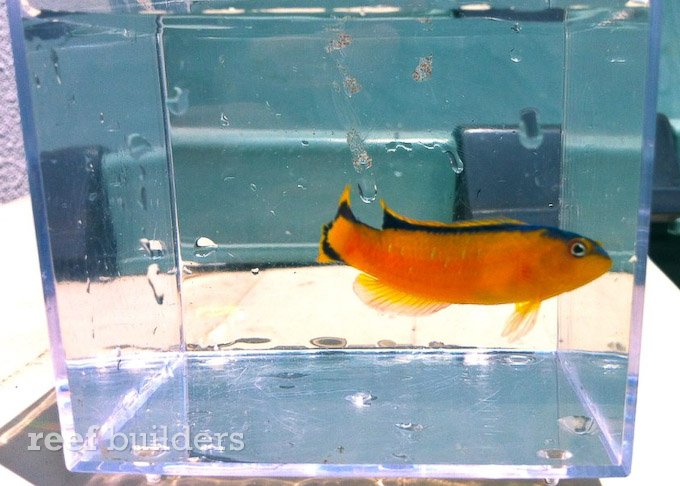 The coloration, to be honest, is not justified by these photos. Apart from the intense orange-yellow that it dons, the tapeinosoma dottyback has an intense navy blue-teal stripe that runs down its dorsal area and makes a round about around the tail. The stripe is partly iridescent, as can be seen by the photo at the bottom, but the color is not quite right in these photos. It’s somewhat brighter. 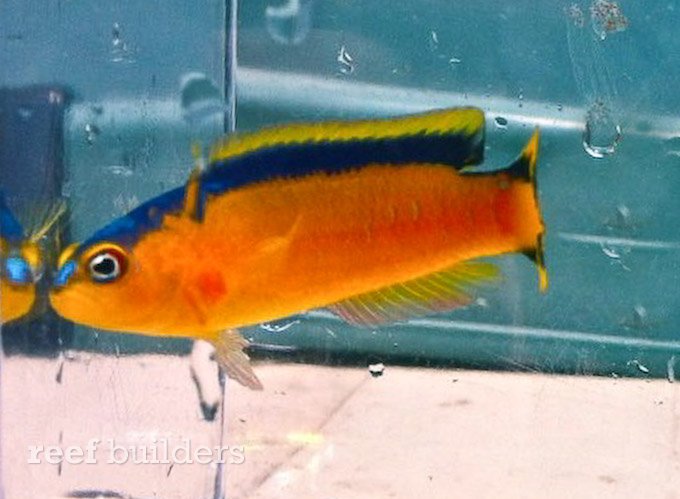 This dottyback, small as it may be, is full of character. It lacks the fear trait that most other fishes possess, and is always curious whenever my hand goes in the water. One of the reason why it is in this cup is well, because it decided to swim into it this morning while I was scooping up a sample of my tank water. I decided to take a quick photo of it and its beauty, character and charm is still the same as when I first got it back in January.

Fluval EDGE getting a new LED replacement for the halogen spotlight