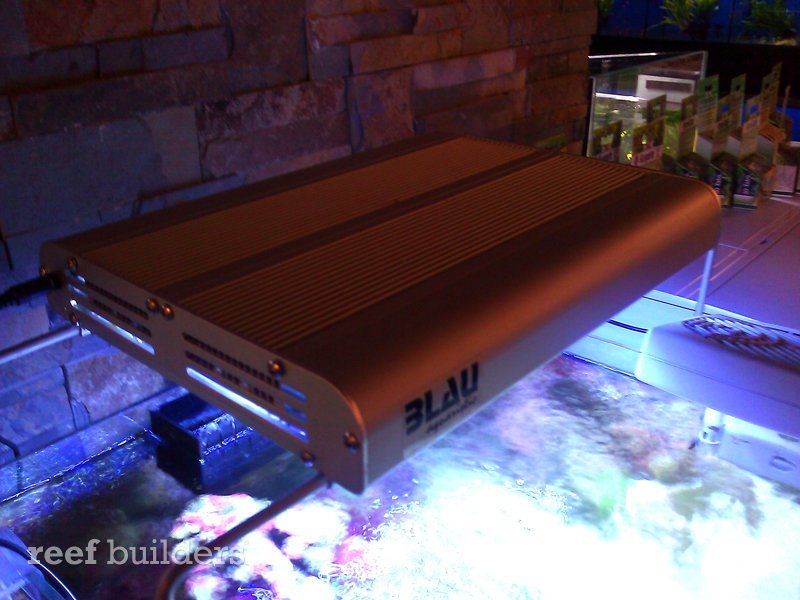 It’s hard to say whether this prototype has the same configuration but we’d expect to see some reversed pucks or at least a few all blue pucks in the mix for the true reef junkie’s need for blueness. We don’t know if there are controllable channels or not on this version but to be a player in the game beyond and entry level light, having some level of control and ability to tap into common aquarium controllers.Overall, the Blau light has some promise but we’d love to find more details on performance and pricing. More images after the break.

Thanks for the tip from Acuaristica and Iwagumi for the images.