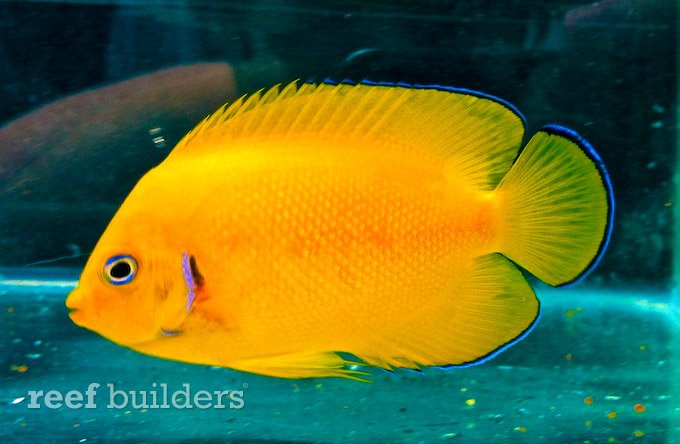 And we mean that literally! The lesser known Indian Ocean form of the lemonpeel angelfish (Centropyge flavissimus), have eluded aquarists for quite some time now, rarely making it into the trade. Originating from the Christmas Islands and Cocos-Keeling, a.k.a Joculator land, these lemonpeels have one thing that separates it from it’s more common and widely distributed Pacific Ocean cousins – their eyes. 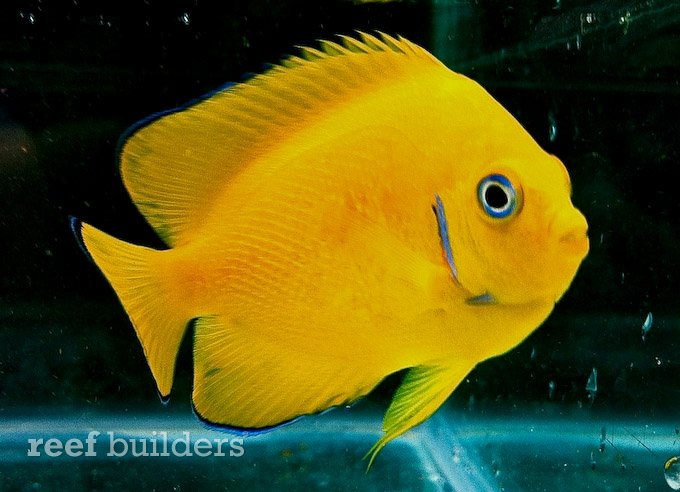 The lack of a blue eye ring and the presence of a blue iris differentiates this variant from the Pacific form. The result, a “naked” looking blue eye which gives the lemon colored fish a clueless, squinty appearance that I personally find extremely charming. Being isolated in only two islands of the Indian Ocean have caused some sort of divergence evolution from the Pacific counterparts, resulting in the loss of the blue eye ring and the development of blue irises. Although generally considered a geographical variation and not a distinct species, scientific work involving the genetics of this fish is currently underway and some surprising results may ensue in the near future. 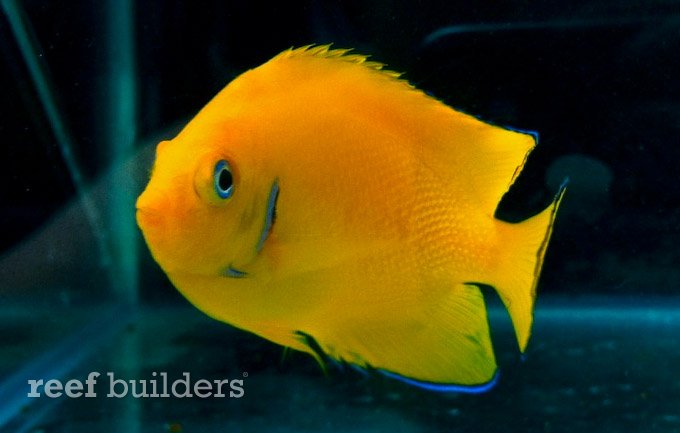 Although not very evident in these pictures, the iris of the fish is actually extremely blue. It really pops under aquarium lighting and more so under LEDs. The availability of this fish is somewhat rare, and it’s not often encountered in the trade. In Singapore, each shipment of Joculator Angelfish from the Cocos Island may only carry a few pieces of these doe eyed lemonpeels, and always in numbers less than five. Moreover, not every shipment entails a lemonpeel. More often than not, the lemonpeels are completely omitted from the shipping order, which makes sense, since not many people are going to pay a slightly higher price for a lemonpeel with missing “parts”, i.e, the blue eye ring. 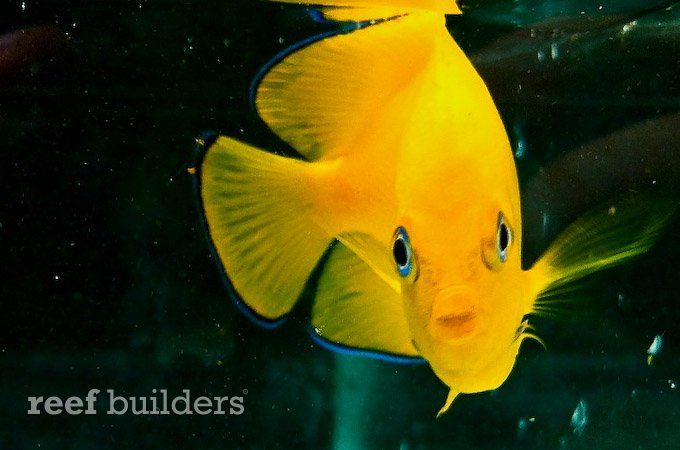 While this fish itself is not very widely known in the aquarium scene, the hybrid it produces with the more common Eibl’s angelfish is legendary. Yes. The tigerpyge angelfish we all so desperately seek is one part Eibli and one part Indian Ocean lemonpeel. The two fishes hybridize in the Christmas islands to produce the classic beauty we’ve all come to know and love, as the tigerpyge. Take a look at all the tigerpyge photos we’ve posted to date. Notice the iridescent blue iris on all of them? It came from a little fish with a big story, located somewhere in the Indian Ocean.