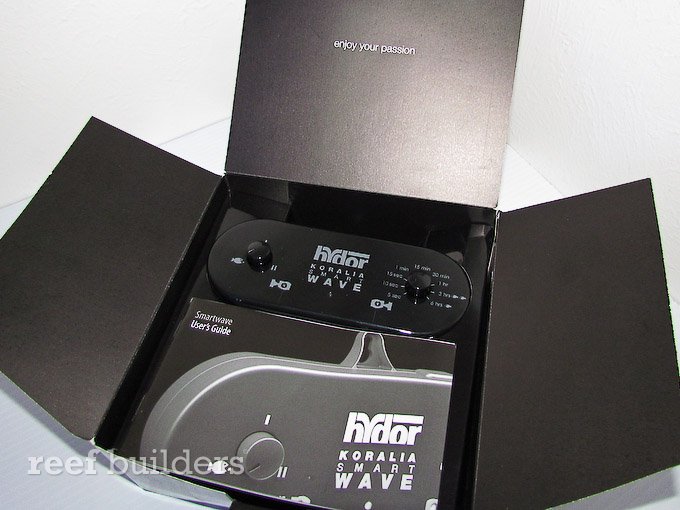 The Hydor Koralia SmartWave pump controller had the potential to be a really average product, even at $69 but everything about Hydor’s pump switching device indicates that attention was paid to the details. The user experience of the SmartWave begins with a thoughtfully crafted box and its opening, all the way through to the simple set up. It’s hard to see it in the pictures but the Koralia SmartWave is a little bigger than a Super Nintendo video game controller but it has the pleasant finish of a much more modern PlayStation 3 controller. Either way, the range of features included in the Hydor Koralia SmartWave makes it a useful tool for producing specific kinds of water flow for different applications.

As a frequent critic of the need for faster and better water flow in our aquariums, we have been all but appalled with most “wavemakers”of the nineties and 2000s. First of all, why call it a ‘wavemaker’ if it doesn’t make waves and the ‘random, chaotic,and turbulent’ flow these pump timers tried to produce was the opposite of the kind of water flow our aquariums need. The SmartWave controller has precisely the feature set of pump timing and synchronization that we would want from aquarium pumps.

Like the Chauvet SF-4005 which was our workhorse pump timer for a decade but which is now discontinued, the Koralia SmartWave’s best function is the one that alternates the flow between two pumps, ideally placed at opposite ends of the tank to maximize the alternation of a mass-water movement of gyre flow all throughout the aquarium. The range of pump switching times from 5-10-15 seconds, 1-5-15 minutes and 1-3-6 hours is also precisely as we would have prescribed it for producing gyres in the smallest to the largest aquarium volumes.

Right now we are using a Hydor Koralia to alternate the water flow in a six foot 150 gallon fish aquarium but since the SmartWave is such a perfect tool for producing gyre flow, we are also tempted to set up a 33 gallon frag tank like the first prototype gyre tank. Check out the full unboxing of the SmartWave below and if you want to know more the Depot has a nice hands-on write up and action video on their blog as well. 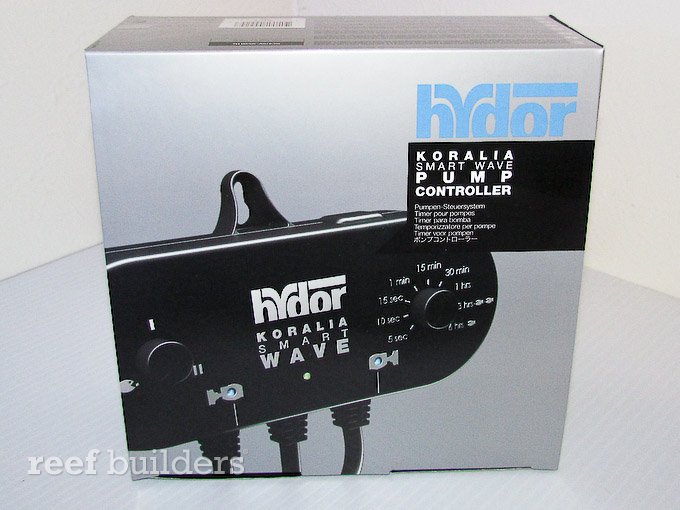 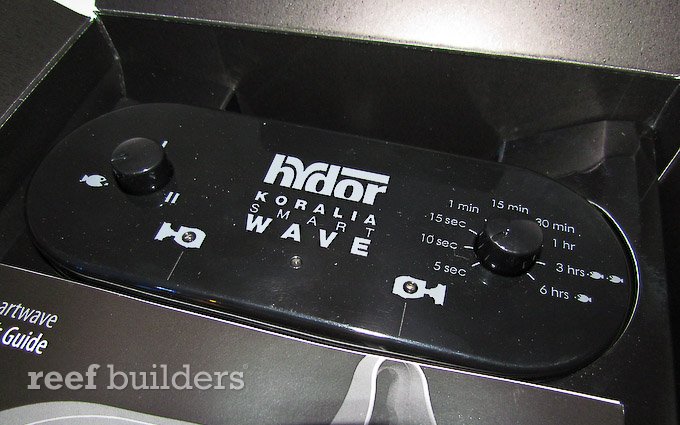 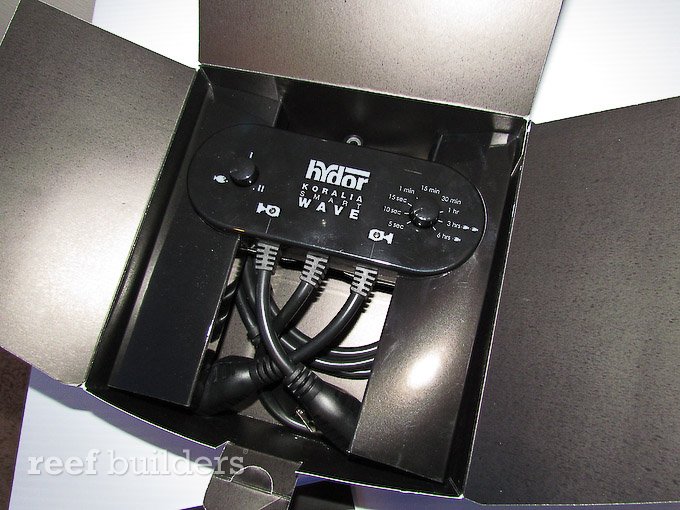 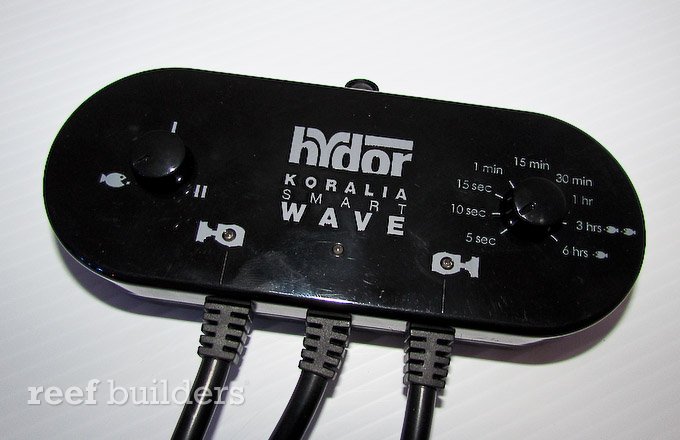 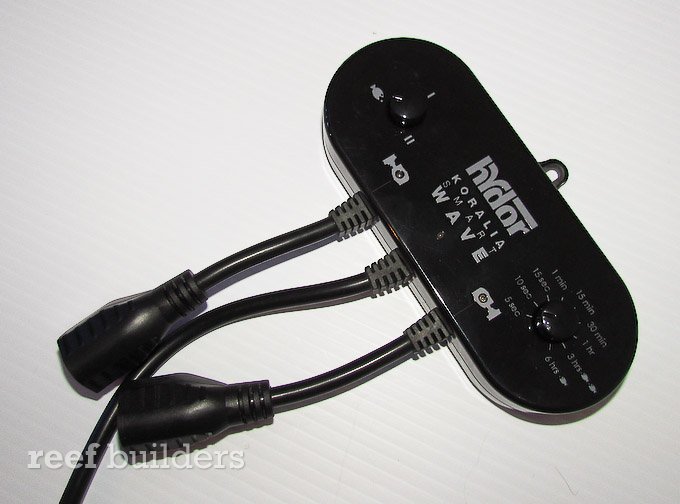 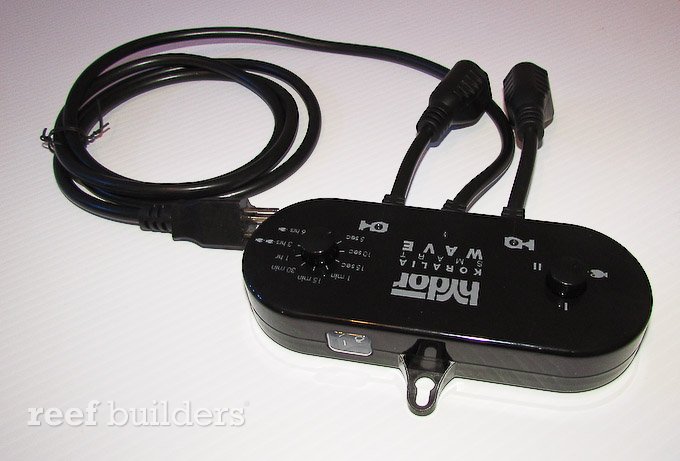 More drool-worthy images of maricultured Bali acropora, coming to the US soon