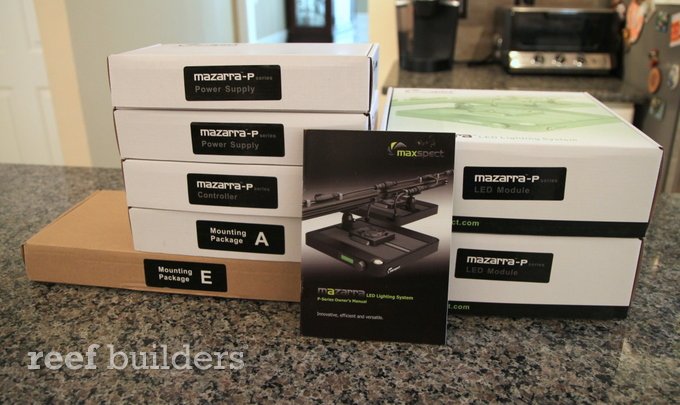 The Mazarra P Series LED light by MaxSpect showed up on my doorstep today, and I wanted to share the unboxing experience. Everything was efficiently packaged, and included plenty of extras, including 3 different optics. The finish on these P-series modules is phenomenal. The case is a glossy piano black, while the heatsink is an attractive gun-metal gray.

The ball-joint mounting arm is a major bonus with these units, allowing you to easily angle the light at a particular section of corals. The versatile mounting rail, modularity, and easily interchangeable LED’s are serious selling points for the Mazarra line. While the whole design may not suit everyone’s taste, one can’t deny its functionality. You can hang it from the ceiling, mount it on the wall behind the tank, or just mount it to the tank itself. The rail is also mountable inside a canopy if you prefer to hide the lights.

Each P-series module is rated for 60-watts, and includes 6 different LED’s. Cree’s XM-L’s are on hand to provide intensity, while the warm white Cree XP-G’s bring about some needed reds and yellows. In addition to the Blue and Royal Blue by Philips, Maxspect incorporated two indigo LED’s in the 410 and 420nm range respectively. I look forward to seeing what other LED’s Maxspect will release for the Mazarra. This particular model has four controllable channels of light, while the S-series will have only two.

The wireless controller is designed to attach to the same rail as the lights. The buttons are sealed to prevent moisture issues, and powered by the same ballasts that run the lights. Each ballast can run two modules, and the controller. Maxspect includes extension cables, that allow you to daisy chain everything together.

I have to give Maxspect props for including a local interface on each light as well. Folks without the wireless controller can still adjust the intensity of all 4 led channels in percentages, and also adjust the temperature threshold for the fan. But you’ll miss out on any timer functionality. You will also need to splurge for the wireless controller if you want to create dawn/dusk effects, time-phased intensity, and weather features.

In upcoming posts, I’ll cover the nuts and bolts more. And finally, I’ll swap out my metal halide/T5 combo with these Mazarras. But for now, here are the initial unboxing photos. 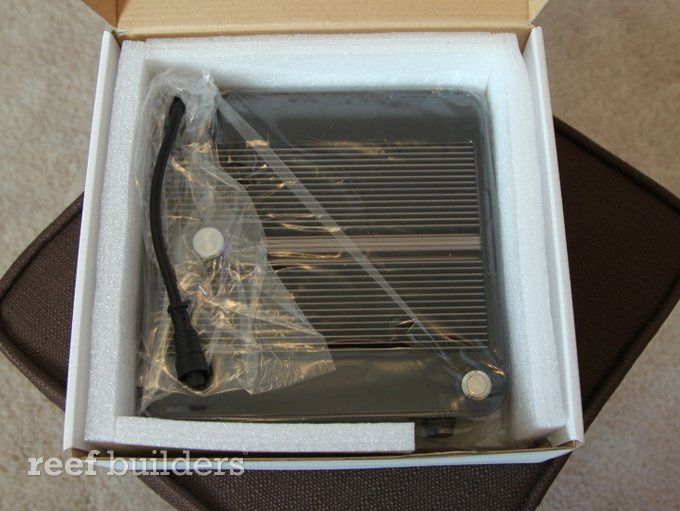 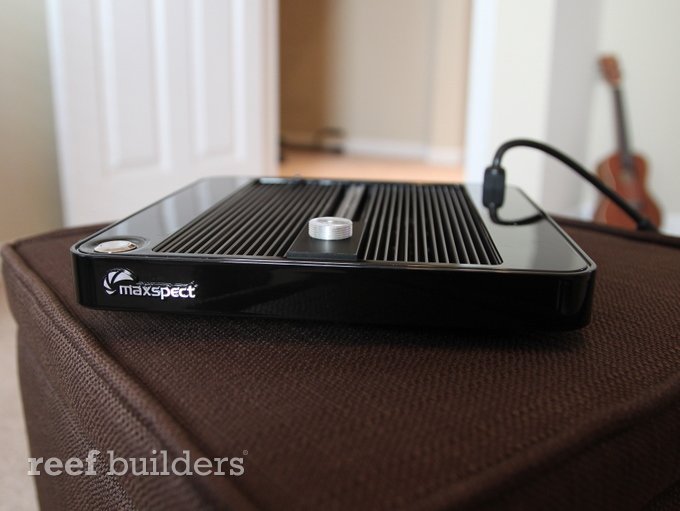 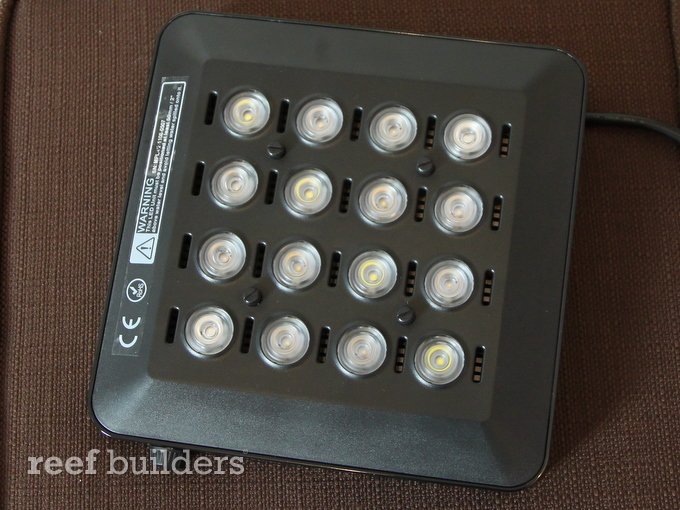 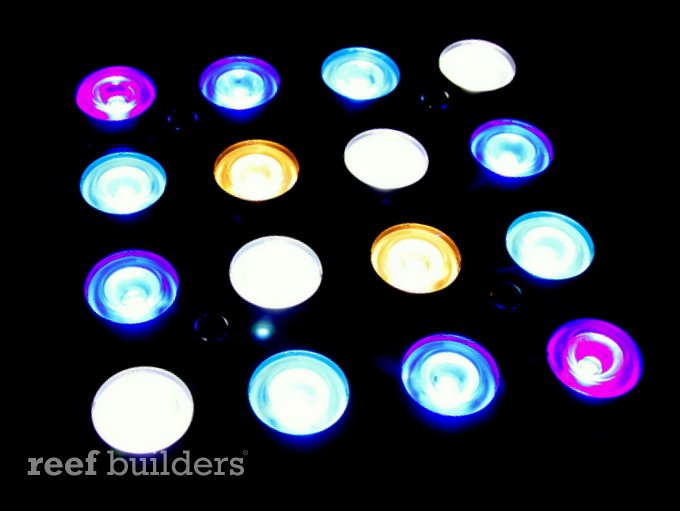