Orange Leptoseris coral is a perfect storm of color, texture and pattern

Leptoseris coral is probably one of the coolest yet least talked about corals on the stony side of the reef aquarium hobby. There are a few reasons for this, first off this coral is predominantly found in deeper water, so it is less often collected by general coral collectors.

Leptoseris corals are also not the easiest to keep since too much light can easily bleach it. But if you succeed in obtaining a nice specimen of Leptoseris you may be rewarded by a coral which truly stands out like this orange dimpled plating Leptoseris mycetoseroides. 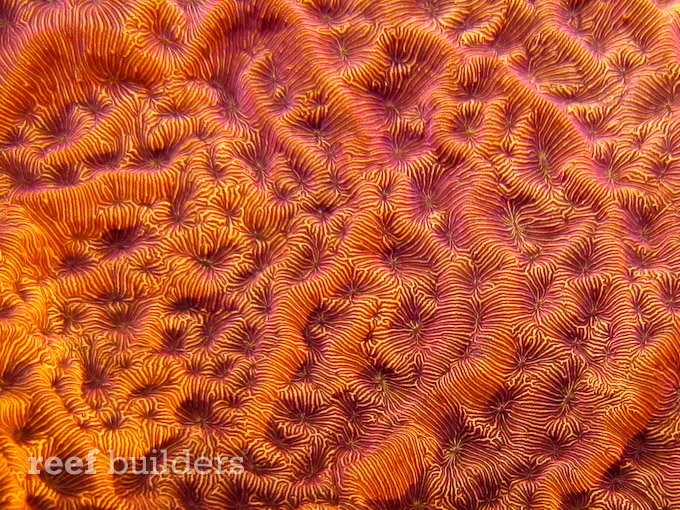 We obtained this amazing colony of L. mycetoseroides over 18 months ago from LiveAquaria. At first the orange dimpled plating Leptoseris was pretty stagnant in terms of growth, it suffered a mild bleaching when it was exposed to near UV LED light, but then it recovered. The orange Leptoseris challice also went through an unexplained mild recession episode which was short lived and only affected a few small areas. The Leptoseris mycetoseroides gradually recovered from both the mild bleaching and recession events and over the last twelve months it has since colored up into this amazing jewel of a coral. 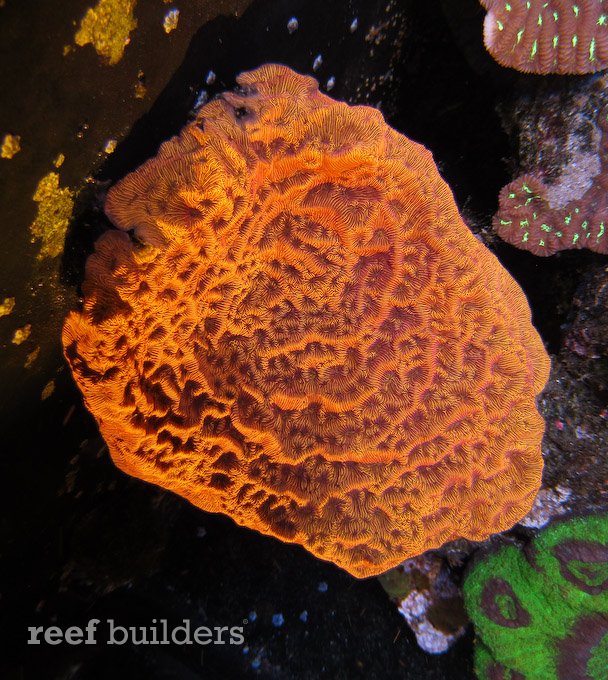 Everyone who visits this aquarium always points out the brilliant almost metallic orange chalice-shaped Leptoseris and quickly follows up with “you should frag that” as a hint that they want a frag. We shared a medium sized piece of this coral with Chris Bueschelle of Reefkoi and he made some of these available about this time last year. If you were lucky enough to get some orange Leptoseris from Reefkoi a while back it may have been this piece. Now that the orange Leptoseris mycetoseroides has a nice two inch border grown it may just be time to frag it again, would you agree? 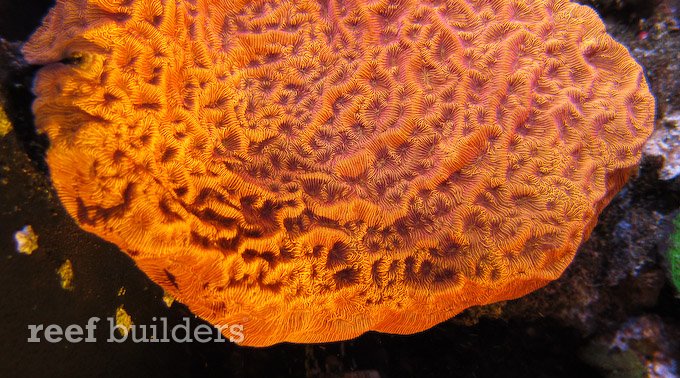 Apet Inc. demonstrates some serious skills in the design and installation of commercial scale filtration