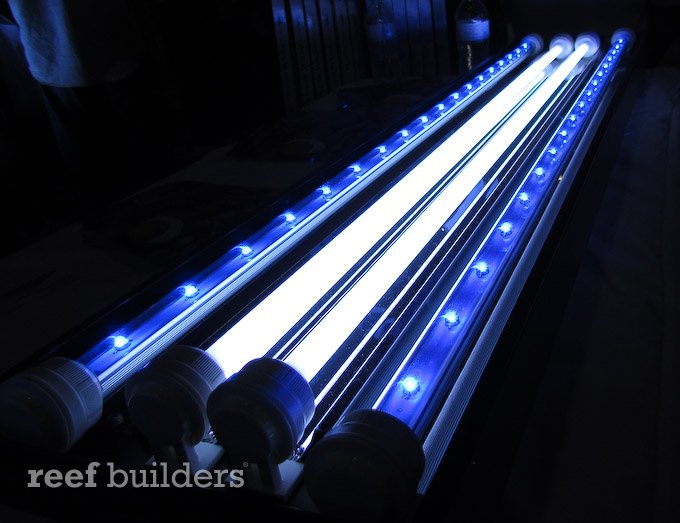 Sunlight Supply has been cautiously dabbling in the market for LED aquarium lights, first in distributing AquaIllumination LED products and now with a couple new LED lights of their own. The SS-LED is populated with LED tubes similar to the SunBrite LEDs and they will be available as a row of four LED tubes or with half the tubes being of the fluorescent/phosphorescent T5 variety. Like the Tek Wave VHO T5 the SS-LED will only be available in four foot increments and each LED tube will be rocking 22 one-watt LEDs either in white, 460nm blue or a combination of both.

The SS-LED is already being sold to horticulture as the AgroLED where the steel lights are selling for $129 for the all LED version without tubes and $149 for the LED+T5 hybrid, also without tubes. Each four foot LED tube will cost $79 on their own and the SS-LEDs will be jsut a tad more than the horticultural steel AgroLED since it will be made of aluminum and will also have waterproof endcaps. The SS-LED appears to be a great value for commercial applications, stores and propagators and seriously, it’s about time someone made an LED + T5 hybrid light actually available in the US on a wider scale. 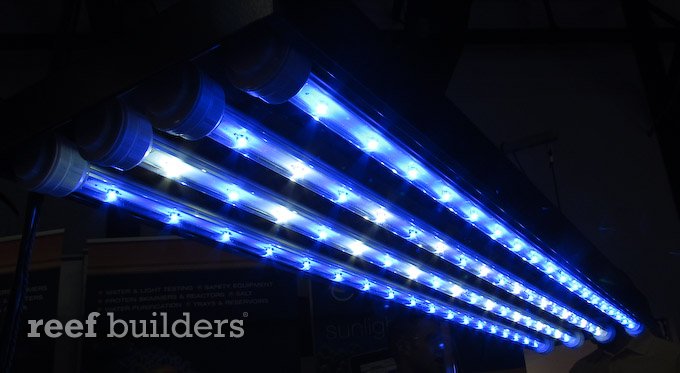 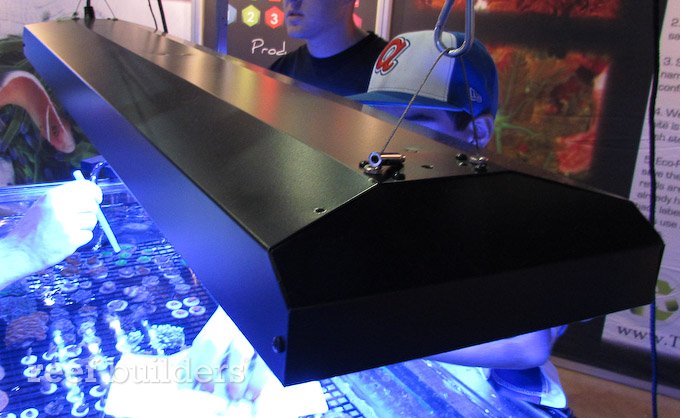 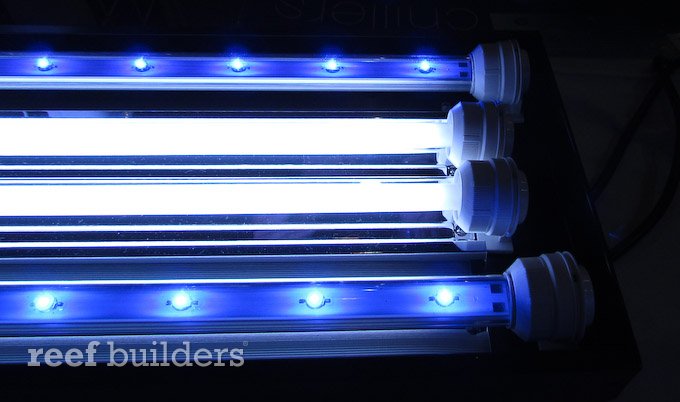 LiveAquaria and ORA partnered up to produce more Mcculochi clownfish