The timer on the Marineland’s website has not yet run out but we’ve already snuck a couple pics of new LED lights and packaging on display at Marineland’s booth at Global Pet Expo. Our in-situ blurrycam operator has revealed at least two new features of the popular Marineland LED striplights. One of the new Marineland LED fixtures appears to be a Reef Capable LED with a tiny built-in timer on the edge that allows for programming of blue and white LED channels and the other light is sporting LEDs of the RGB variety. 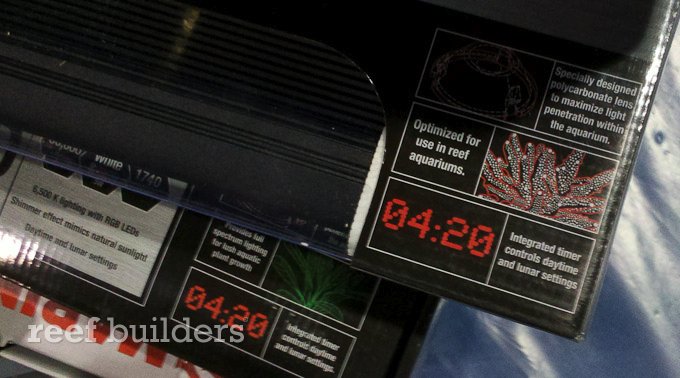 Another picture shows the wrapper for a warm-colored RGB LED striplight, also with a built in timer with a 6500K color spectrum aimed at freshwater planted tanks – it uses white and RGB LEDs but we don’t expect color control to be available, at least not yet. We know that the new timered Reef Capable LED striplight will replace the old version with a slight bump in price, but we have no idea why the timer on the packaging is set to 4:20, anybody know?? If you’re in Orlando for the Global Pet Expo this weekend, do stop by the Marineland booth and let us knwo how these lights look. 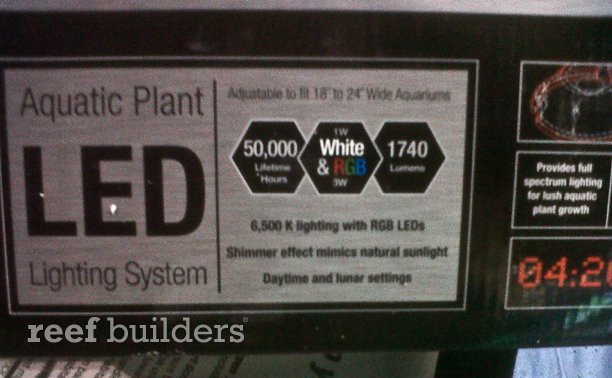