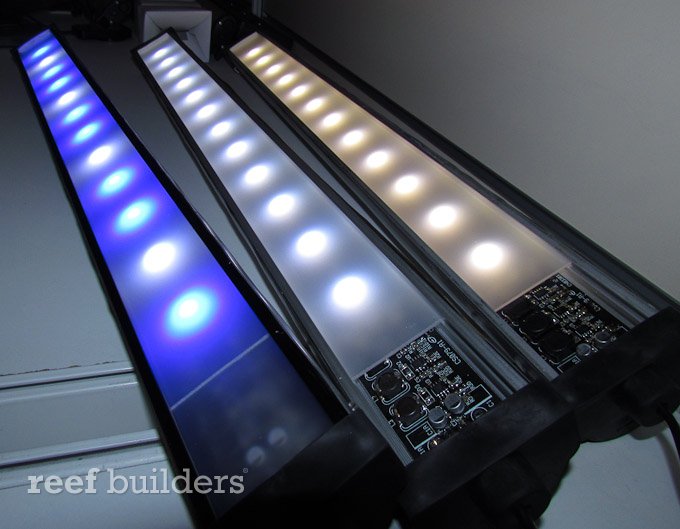 There were so many different LED lights to see at InterZoo 2012 in Germany this year, it was hard to weed through all the noise to find the gems in the rough but along with that cool Aqualighter LED from the Ukraine, we found this cool Taiwanese striplight from Johnlen, makers of the thermoelectric chiller and the continuous dosing pump. The C-Blue LED striplight looks like many other on the outside, kind of clunky but at least that heft is partly made up of a generous amount of aluminum heatsinking, but the curious part is the LEDs. While they make look like your average BridgeLux or Edison LED, the LEDs found in the C-Blue striplight are actually diode triplets, that is three individual LEDs or a triple multichip LED. 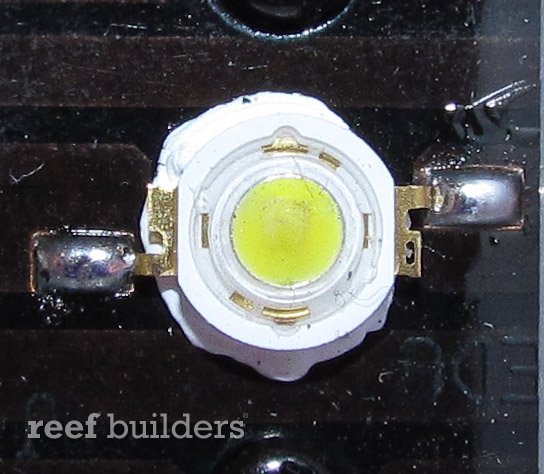 The three LEDs are all packaged on the same die and under the same common primary lens. So instead of driving a single three watt LED at three watts, now a single chip is running at three watts, by driving three LEDs at one watt each. This trinity of LEDs helps the chip to produce more light than a single LED could while driven at the same power. The triple-chip array applies only to the warm and cool white colored LEDs as the triple multichip technology has not yet been applied to our 470 and 450nm blue LED friends.

Johnlen plans to make the C-Blue LED striplight in a myriad of lengths and sizes but hopes to sell the two foot, 36 watt LED striplights for about $100 at retail. We could see this price rising a little bit for so much LED power once shipping charges are actually applied to the lights on American soil but for that price and that amount of power, the C-Blue LED striplights and its triple multichip LEDs could attract quite a lot of attention this side of the pond. 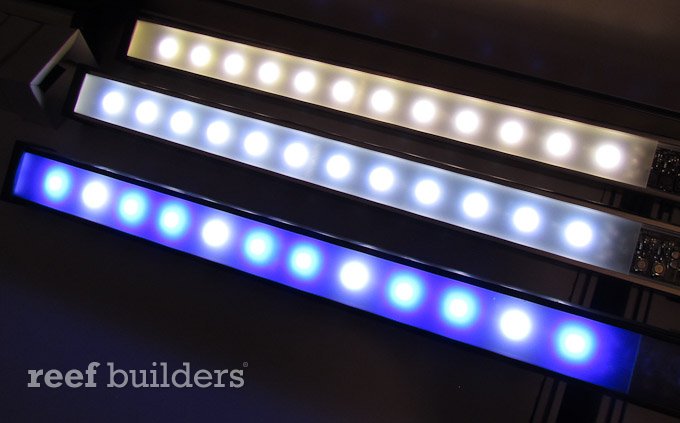 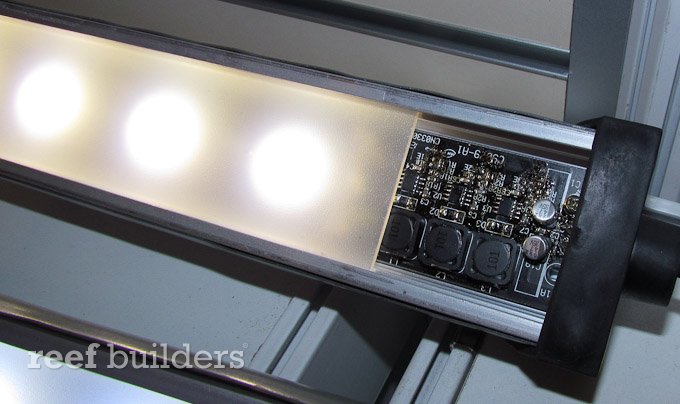