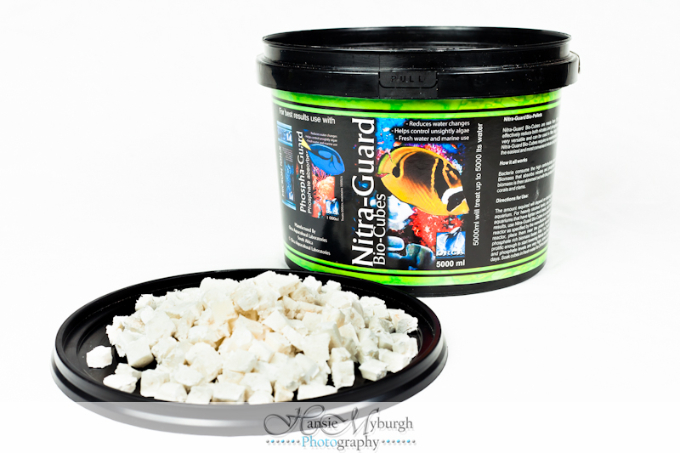 For those that are not familiar with the Redfield equation, or its application to carbon dosing in aquariums, might be a bit confused about the exact difference between the regular  Nitra-Guard Bio-cubes and the Nitra-Guard Bio-cubes Titanium. The Redfield equation is the balance between carbon, nitrogen and phosphate in plankton and bacteria/yeast. The ratio is 106:16:1 with very small variations among different bacteria and plankton. Considering that plankton and marine bacteria get their carbon, nitrogen, and phosphate from the water column, the lack of one of these nutrients will stunt or stop growth. So if there is no Phosphate in the system, bacteria will not grow propely and absorb the nitrogen like intended. It might seem counter intuitive, but for nitrogen export there thus needs to be a small amount of Phosphate. In conventional carbon sources that is, the Nitra-Guard Bio-cubes Titanium somehow works even without the right balance of Phosphates in the system. 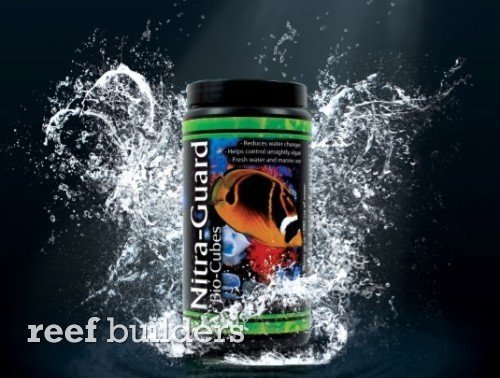 Another cool thing about these cube-pellets beside their much higher amount of carbohydrates, is the way these Bio-Cubes are used. The Bio-Cubes do not require a reactor, and users are actually discouraged from using reactors unless they install a venturi for air intake. Instead these Nitra-Guard Bio-Cubes can be used by creating what the creators call a “bomb”, which is in essence just a media bag with an airstone and the Bio-Cubes. Each Nitra-Guard container comes with its own media bag, so you’ll just have to add the airstone and you can simply drop the bag in your sump. Top off the Bio-Cubes as needed every couple months, and you’re good to go (Orca Lab’s recommends four, but the exactly number obviously depends on your system). 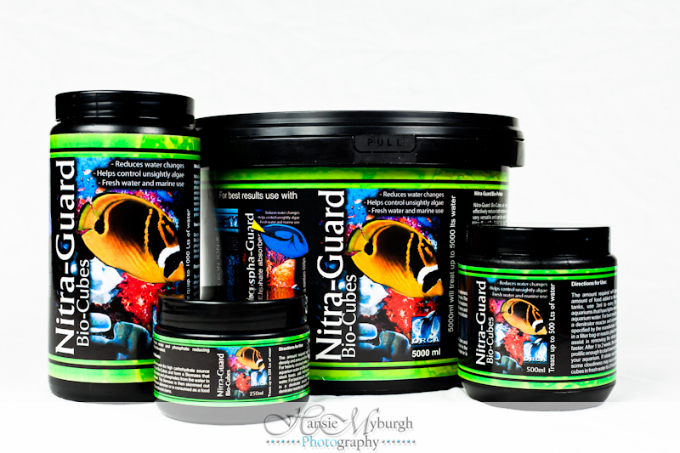 What the exact pricing will be like is currently unknown since Nitra-Guard is still looking for a US distributor, but it seems in several other countries 500ml sells in the $55-70 dollar range so we expect the products to be priced around that pricepoint. Orca Labs recommends 1-4ml per liter (3.78 ml-15ml per gallon) so the product might seem a little bit expensive, but the products lasts for months until it needs to be topped-off rather than replaced, and doesn’t require a reactor. We should get our hands on some of the Bio-cubes in the next couple of months so stay tuned for a full run down.