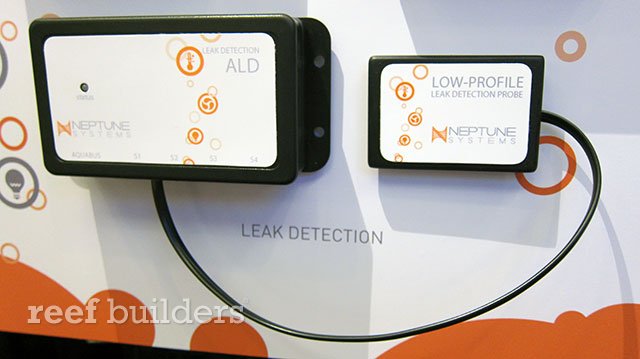 Neptune Systems which is based out of the United States added a new low profile leak detection add on to their popular line of controllers. The Leak detection system can be purchased separately which will further protect your system to the harms of water. Announced at MACNA, the unit should be available shortly from Neptune Systems. The Leak Detection kit will fit in nicely with the existing aquabus functionality which has been receiving rave reviews from new users switching or adopting the Neptune Systems brand of controllers.

Because of the increased push to offer “control” type systems via mobile devices. Neptune is featuring the “It’s all about control” marketing tagline promoting their apps and mobile control software. They have made an increased push toward the mobile market with their iOS application and the recently announced mobile application designed to work on popular android devices. The new application is available in the Google Play store now.

New Krill+ from Rod's Food is perfect for larger fish