Two-face Australomussa has all the earmarks of a coral Chimera

The Two-face Australomussa pictured here from Reefkoi shows a remarkable pattern of color distribution so striking that it deserved to be called something special. We’ve all seen a fair amount of weird color mixing in various LPS corals, with chalice corals, moon corals, some Scolymia and some species of Acanthastrea can all display strange patches of coloration that go well beyond a simple pattern.

Sometimes the unique duopoly of colors looks very indeterminate, as if that part of the coral is out of step with other parts of the colony or single polyp. Most coral enthusiasts chalk this familiar and seemingly random pattern of coral coloration to fused chimeras, environmental gradients or perhaps some expression of gene flow in the genetic history of a coral.

In some chimeras we sort of expect the coral planula to have fused and become one coral, but whatever’s going on in Koi’s Twoface Australomussa is just simply neat. One red corallite/poplyp occupies about 75% of the skeletal area while a smaller bright green one is occupying the remainder of the corallite. The skeleton is seemingly continuous but the polyps join and appear fused at the periphery but the colors are completely and neatly separated where the polyps meet. 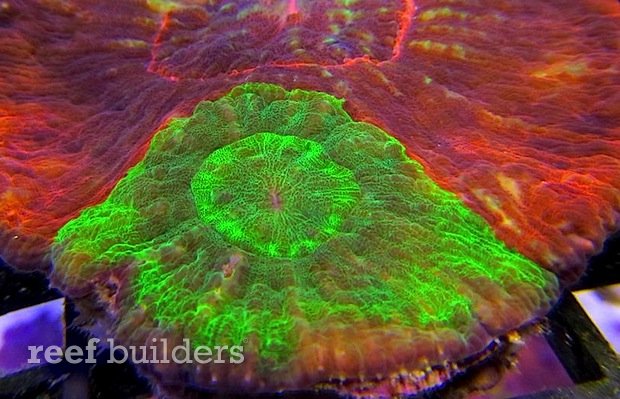 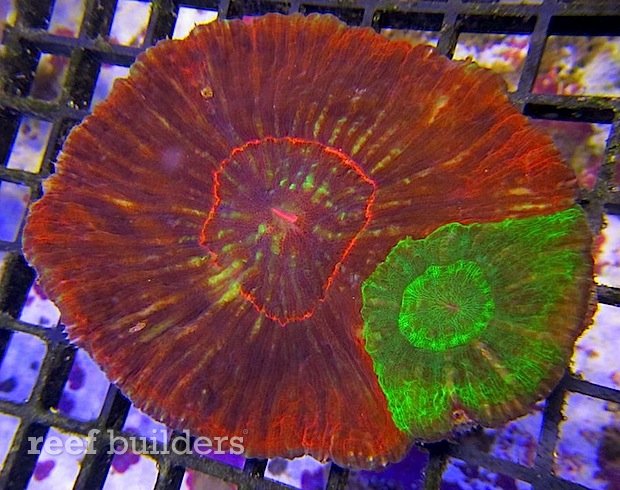 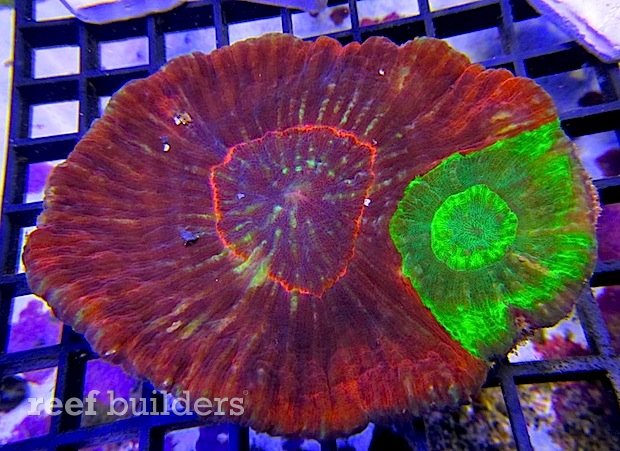 Lionel reef from France has some serious character