Hands on with the multicolor I Touch LED Aquarium light fixture

A few years ago, it was hard to believe that in 2012 led lighting would be so close becoming the standard for reef lighting. For many people, one of the main drawbacks to adopt to this new energy saving technology is the costs involving in buying the new photon-shooters.

To the corals,  a photon is a photon, whether it’s emitted from a state of the art fixture with a big name and a fancy design, or if they come from a more ‘basic’ unit. We received a I-Touch LED fixture from LED Growlights which has a more ‘basic’ price, and judging on the looks and the built quality it does offer value for money. Pricing is around 300 USD. We have tried the fixture over one of our personal tanks for some time and did not find any serious flaws. Sure, some other brands offer more controllability or a more fancy design, but after all it is all about photons in the right amount and in the right spectrum.

The touch-controller of the fixture works easy and the included manual actually is not necessary: the controller works intuitive enough. Two separate channels can be programmed separately allowing you to control the photons blasted on the tank. The noise level is acceptable, and the leds can be controlled by setting percentages of the two groups of leds. It is possible to change the percentage of both groups of leds every 30 minutes. The built-in controller also has some preset programmes. By using the included IR controller it is possible to program multiple units at the same time, as long as the controller points at the fixtures’ sensors.

The fixture draws 120 watts and comes with an array of white (Bridgelux), blue (Bridgelux) red (Epistar) and UV (Epiled) leds. According to some fellow reefers, the ratio of leds can be customized for a small extra fee. 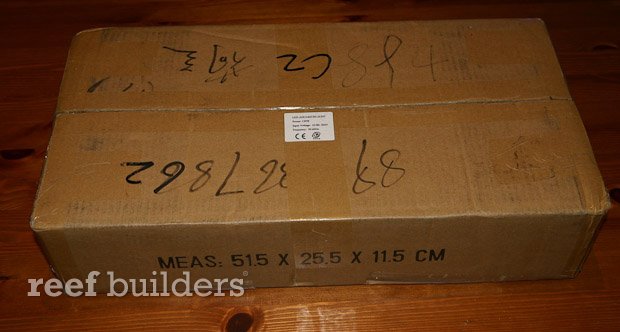 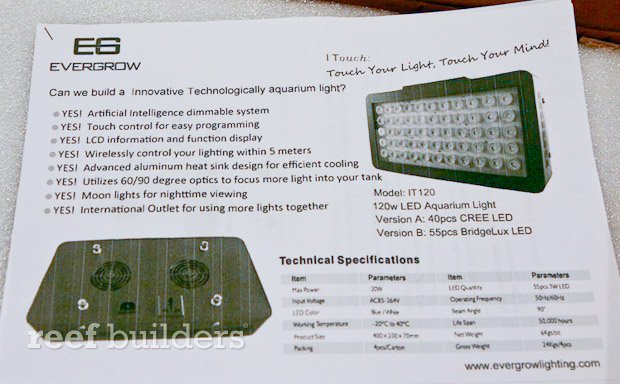 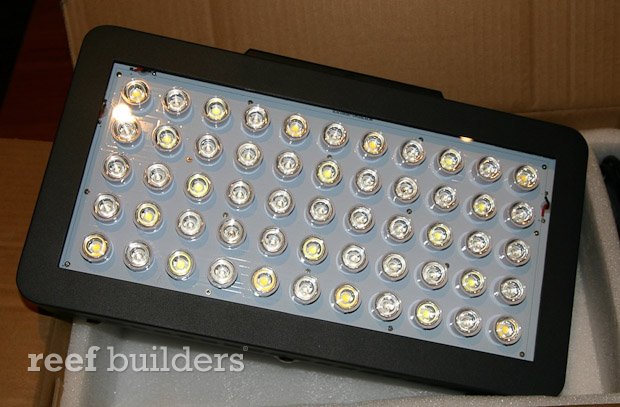 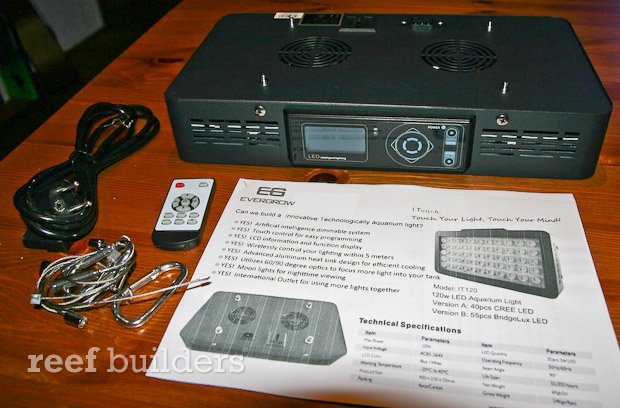 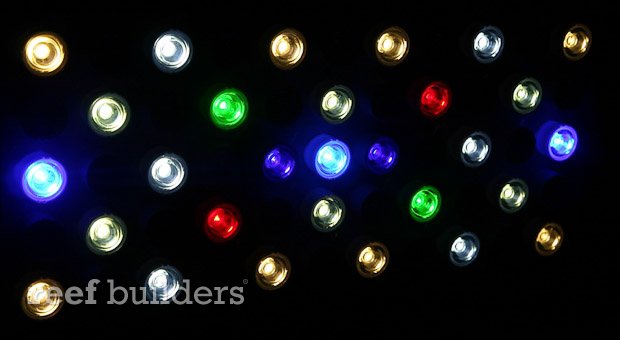 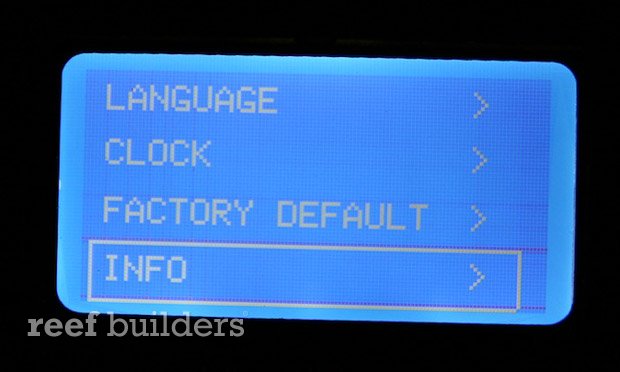 Antillogorgia takes over as genus of Caribbean sea plume gorgonians