The NeoFlow water pump from Cobalt Aquatics is an exciting new pump which is poised to grow the grow the options for flowing up our reef tanks. We’re not even at Global Pet Expo but we have managed to eek out a few details about the Cobalt Aquatics NeoFLow.

For starters the NeoFLow looks to have its roots in the AquaEl Reef Circulator powerhead which we have only learned about in its AC version although a DC version had been rumored to be in the works. The Cobalt NeoFlow 10,000 appears to be that pump as it too is a DC pump which makes it easily controllable.  Curiously, whereas the AquaEl Reef Circulator only pushed 2600 liters per hour, the NeoFlow pushes more than 2,600 gallons per hour, or about 10,000 liters.

The magnetically mounted NeoFlow has adjustable control, a wide angle pivoting base and most curiously, supposedly, has “magnetic levitation” to reduce vibration and noise; surely it’s a magnet mount but we’ll have to follow up on the whole ‘levitation’ aspect. The NeoFlow 10,000 appears to be the only model in the range so far, pricing and availability is not yet known. 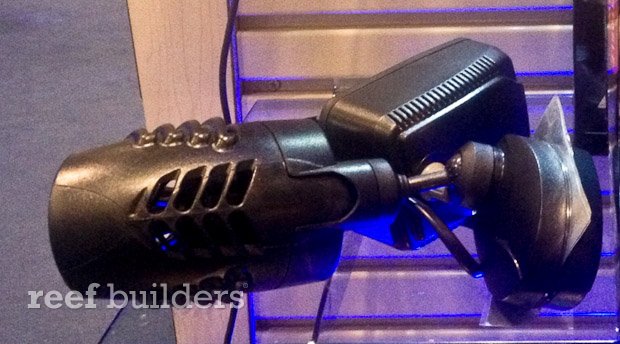