First pictures of the HydroWizard Small

The HydroWizard line of extreme propeller water pumps has given enjoyment to some very large and medium HydroWizard owners. With their third and smallest HydroWizard Small, Panta Rhei will finally be entering the foray of the private home aquarium owners, albeit some of the larger ones. 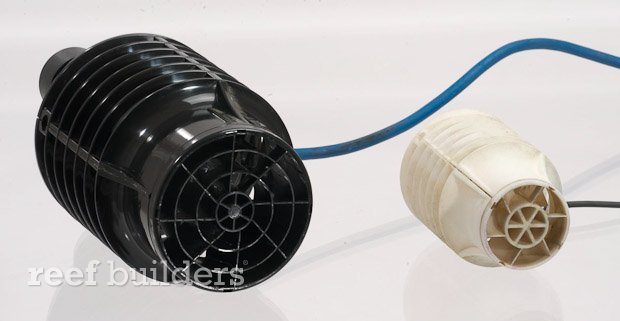 In the image above you can see how the HydroWizard Small compares to the more familiar Vortech MP60. PantaRhei has not released exact specifications but they claim that the HWsmall deliver comparable water volumes of flow as the Vortech MP60, rated at 7500 gph, but with a nozzle that gives it a more laminar flow pattern, which we expect means that it will be more focused and longer reaching, and not the broad plume of flow for which Vortechs are renowned.

Also, the HydroWizard Small is fixed to the tank by magnet and you can use an additional adjustable magnet in between, as you can see on the mounting pictures. PantaRhei expects to have close to final production units of the small HydroWizard begin shipping in June with a price expected in the $600 to $700 range depending on the feature set. Stay tuned. 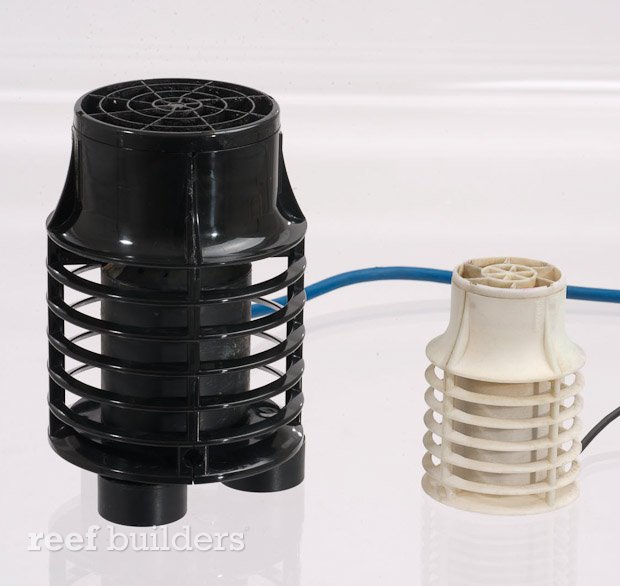 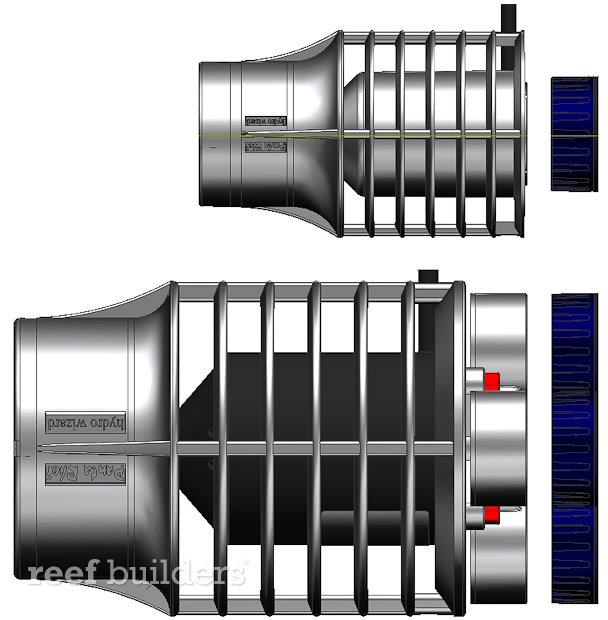 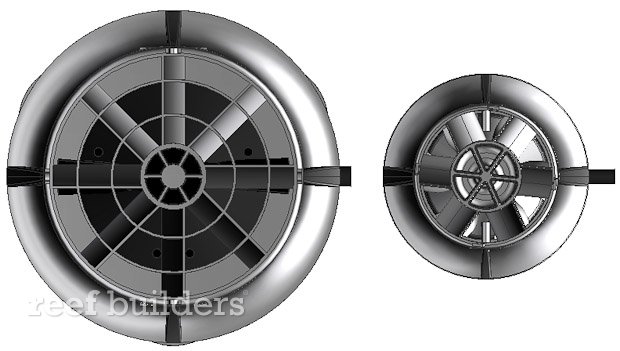