Eheim is finally getting into the market for propeller water pumps with the development of their new Eheim StreamON and Eheim StreamON+ line. The Eheim StreamON and StreamON+ pumps are shaped like a Tee of PVC and attached to a mount which allows 180 degrees of motion in one dimension. However the Eheim StreamON mount can be adjusted to enable the exit nozzle to point in any direction, even more than a ball & socket like the Tunze Stream pumps. 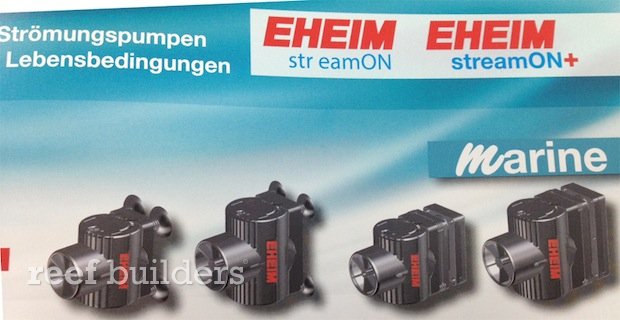 Eheim’s new propeller pumps were revealed in a German product catalog and the line is split into the StreamON and StreamON+ categories, each of which will come in three models each. The higher tier StreamON+ Eheim pumps are fitted with magnetic mounts and flowrates of 2000, 4000 & 5000 liters per hour while drawing only 3, 5 and 7 watts each. Meanwhile, the StreamON pumps come in those same three sizes, with suction cups instead of magnets and slightly reduced power and output.

It’s been a long time since we’ve seen a significantly new water pump from Eheim, which became world famous for their high performing Hobby pumps. With the development of the StreamON line of water pumps, Eheim will be offering a device which is becoming increasingly important in fresh and saltwater aquarium use. No word yet on pricing, availability but we’ll stay on top of it. [Acuaristica] 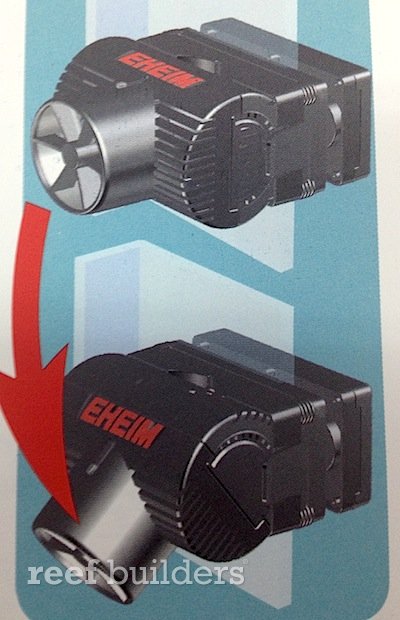 Bleeding Apple Australomussa is the Mother of all 'Mussas