Centropyge debelius is one of the least well known species of pygmy angelfish and as rare as we make it out to be, a few are collected here and there in Mauritius. As you might expect, the Blue Mauritius Angelfish is primarily a blue color, with a yellow tail, chest and mouth but what makes it really standout is the plack spotted face which sometimes turns into a vermiculated mask.

Endemic to the Western Indian Ocean, Centropyge debelius is only known from a few islands around Reunion and Mauritius, the latter location being the source for the featured specimen here. A skilled diver spent the better part of a week diving and remaining at a particular spot in Mauritius, staying at about 100  meters deep, watching and spying on a few specimens of Centropyge debelius. Once he had sufficiently learned their habits, this unnamed diver succeeded in collecting at least two specimens.

This kind of dedication to rare fish collecting while deep diving is probably motivated by more than money because if you break down the time it took to do this, the collecting diver was probably paid a meager hourly rate. We doubt that this particular success will lead to any immediate increase in the supply of Centropyge debelius, but these two specimens represent a marked increase from the zero specimens we see on many years. Huge thanks for the photos go to Dr. Chung Wing Hung, a dedicated aquarist who maintains several aquariums of extremely rare fish. 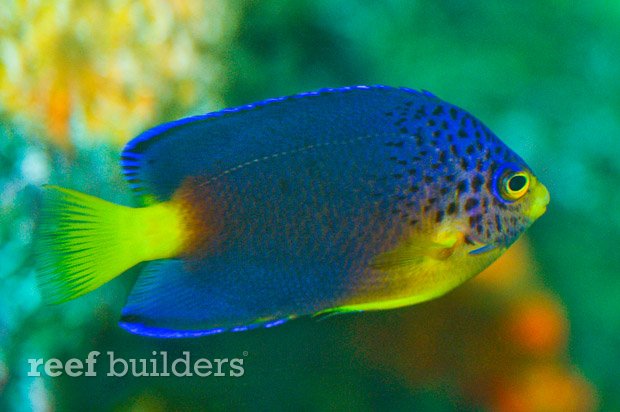 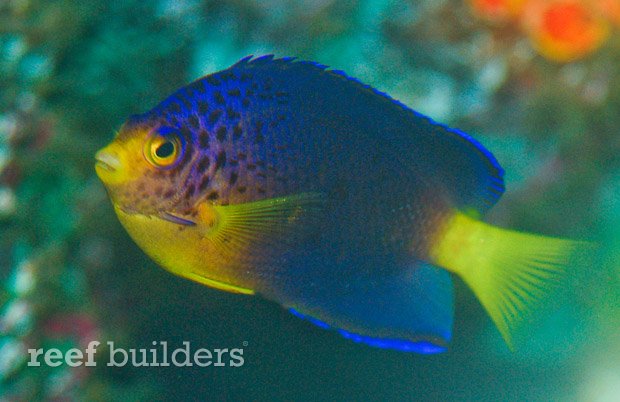