Bodianus sp. Banana Hogfish is a totally enviable beauty from the South Pacific

Bodianus hogfish are totally hot right now with B. paraleucosticticus occsionally showing up, peppermint hogfish are now being collected in two flavors: an Indian Ocean Bodianus opercularis and Pacific Ocean B. neopercularis forms. Meanwhile in Japan Blue Harbor has been enjoying a brilliant yellow hogfish from the South Pacific that looks more or less like a speedy banana. 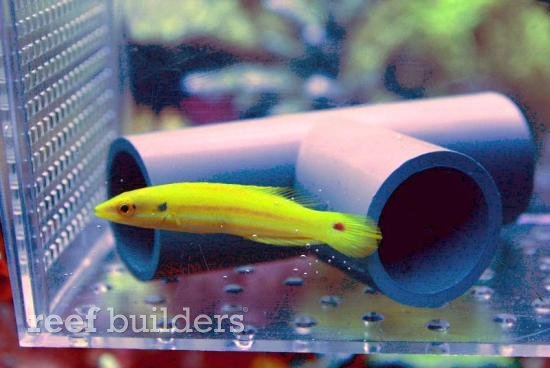 Top tier rare fish coinnosseur Digiman of Singapore was lucky enough to recently obtain a small specimen of the latter, and his gorgeous little fella is a shining example of a fish species we know next to nothing about, and certain to be classified as a new species in the futre. The previously collected South Pacific yellow Bodianus hogfish had a nice red streak in it but Digiman tells us that the new yellow hogs vary in the amount of additional striping. 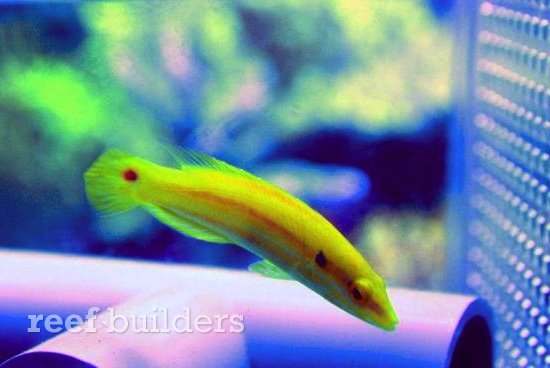 It remains to be seen whether the color variability is a function of age, or perhaps a different collecting location. We would say don’t expect to see this species in your LFS anytime soon but history tells us otherwise.

Back in the day the first peppermint hogfish to make the rounds was the blacktailed Bodianus sepiacauda. In a few short years this fish went from an $800 fish to an $80 one. Now we are seeing a similar story with Opercularis and Neopercularis hogfish, although not yet to the same degree. With more activity in the South Pacific including the Cook Islands and some fish from Tuamotu, we would love to see this banana-hogfish become better known in the future.

Huge thanks to Digiman for sharing his pictures with us and be sure to catch the full length video below showing this little torpedo darting in and out of his new aquarium home. 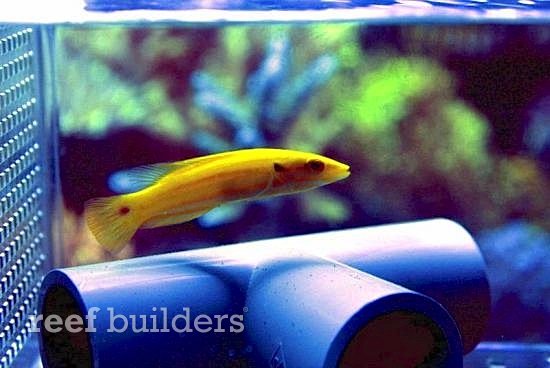