Myripristis botche, the lesser known but beautiful blacktip soldierfish on display during Aquarama 2013

If you think Soldierfishes are something unattractive and common, you’ll be sure to change your mind after one look at this exquisite fish that was on display at Aquarama 2013. The subadult Blacktip or Finspot Soldierfish became an instant hit during Aquarama as it was being displayed in a gorgeous acrylic vertical tank by ReefSystems Singapore. 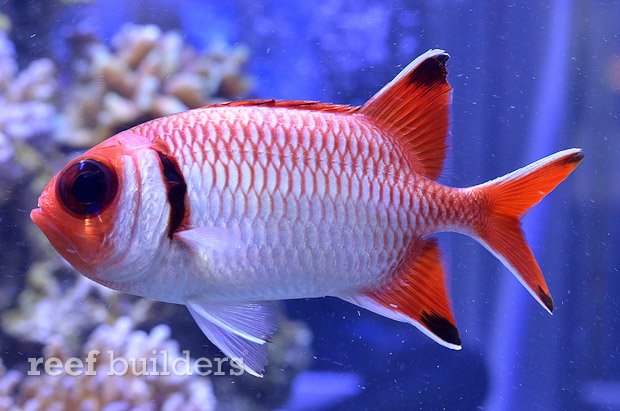 Unlike most Solder fishes, this particular individual was a dare devil outright attention seeker by any standards. It constantly swam to the front of the tank, and ate pelleted fish feed with gusto. It’s bold personality and striking coloration made for a show stopping centrepiece. At 7-8 inches long now, this fish would only get more beautiful as it grows into its full size of 12 inches, although it is unlikely to get that big in an aquarium. The pearly white body contrasts beautifully with the carmine fins and face, and makes this species quite unlike most solder fishes.

The range of this species is very wide; from East Africa to the East coast of Australia. However, it is rarely seen in the trade and even so, almost always arrive in a sub-adult to adult size. Perhaps it is due to its deeper water nature, or coming from an unorthodox family of fish that has made it an unfamiliar sight in the trade. However we hope to see it around in the near future, and we won’t be surprised if it does, considering the amount of excitement it garnered during Aquarama! 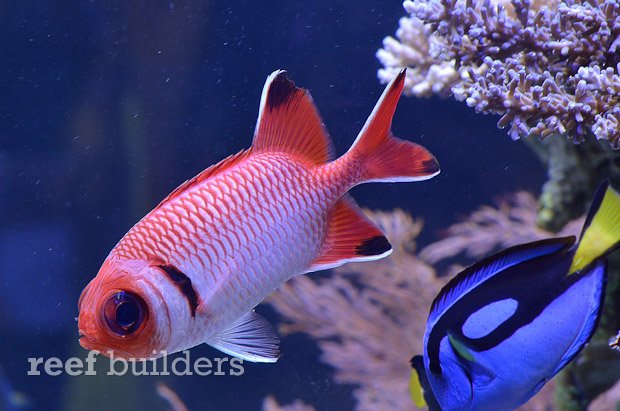