Our path inside Zoomark, after leaving the Sicce booth, continues with CEAB booth, a well established italian company dedicated to lighting fixtures.

The passion for lighting has remained as much as Interzoo, and so we were able to resume the conversation from where we left off in Nuremberg. We then focused on the new and beautiful led light fixtures “Aqua & Led”, now well established in the italian market, they continue to be a very interesting project because of their modular design and a very wide variety of LEDs to choose from.

Over here we see the red LED between the two 30 watt LEDs, with a result I would say spectacular in the following fresh water tank

Here instead we see the same fixture for the UK market, where it has been specifically requested to be enclosed although we prefer the appearance of the naked fixture.

Below we see the modularity of the project by the possibility of using the above monoled over a MiniReef, a powerful 30-watt LED only.

Above the ceiling in composite version, in order to appreciate its extreme modularity in tanks extremely large and generous. We can appreciated the blue LEDs group that give the characteristic blue-white color to aquariums, that we “reefers” like so much.

Another beautiful image of another composition

What you see above is instead the  Tower&Led, the mighty power for the LED lamps. While not being very cumbersome, the Tower&Led incorporates a microprocessor inside capable of controlling up to 12 channels at low voltage. Each channel can drive from 0.5 to 50 watts. It is therefore an ideal accessory, and compact, to drive the Aqua&Led.

One of the two clarkii

Obviously through the controller we can control 12 channels separately and modulate the intensity of the various channels during each day in order to create our ideal spectrum. 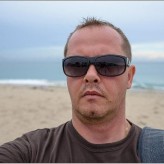