Pseudojuloides kaleidos is a rare pencil wrasse from the Maldives

Pseudojuloides kaleidos is a beautiful species that hails from the Indian Ocean, and is seldom collected for the trade but the odd specimens sometimes appears from the Maldives. Like many of its cousins in the pencil wrasse genus (Pseudojuloides), it can be touchy and sensitive at first. With a healthy specimen and a suitable tank though, they make great colorful additions to any reef. 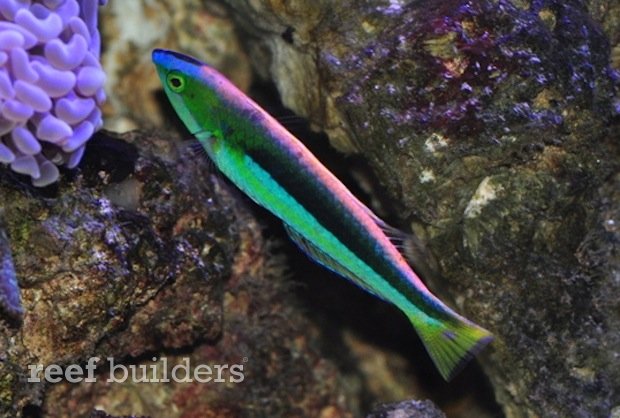 Pseudojuloides kaleidos is colored similarly to P. cerasinus and P. xanthomos, but lacks the distinctive yellow stripe seen on the two latter species. Instead, it possesses a beautiful fuschia stripe which runs from the head along its dorsal fin, down to the tail.

It’s a shame that the Pseudojuloides wrasses are so underrated in the aquarium trade, with P. severnsi and P. cerasinus being the two most likely candidates to appear at a fish store. Very rare specimens that have entered the market before are P. mesostigma, P. xanthomos and P. atavai, but these are usually one off freak imports. We also posted an undescribed species that entered Japan awhile ago, but we have not heard of any new imports of that even. 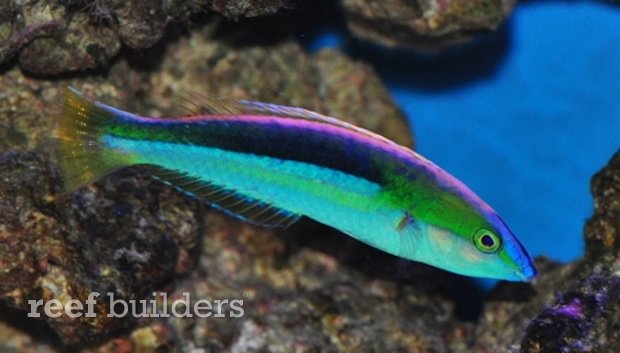 The reefing scene certainly hasn’t seen all that this genus has to offer, and we hope in time, some of the lesser seen species end up in the trade. These elegant and beautiful species do offer a different dimension to wrasse keeping, and offer a unique alternative to the age old fairy wrasse counterparts. We would like to thank Jimmy Mah for these beautiful pictures of his male P. kaleidos.

How many aquarium uses are there for NeverWet waterproofing solution?