The Toledo Zoo’s Aquarium closed October 1, 2012 for a $25.5 million renovation. The new Aquarium is scheduled to open in 2015. One common question visitors ask is, “What exhibits and animals will the new Aquarium have?” To help answer this question, the next few installments will examine these new exhibits.

Please bear in mind that the planning process is fluid; things can and will change before the Aquarium’s grand opening. Additionally, the names for the exhibits are only placeholders—the final names may reflect helpful donors or be more descriptive of the exhibits themselves.

The new exhibits were planned with much care, with input from a wide variety of Zoo staff and visitors. The primary criteria for inclusion as a new exhibit were the degree of public interest, educational messages, interactivity with the visitors, and, of course, the ability to meet budgetary needs. 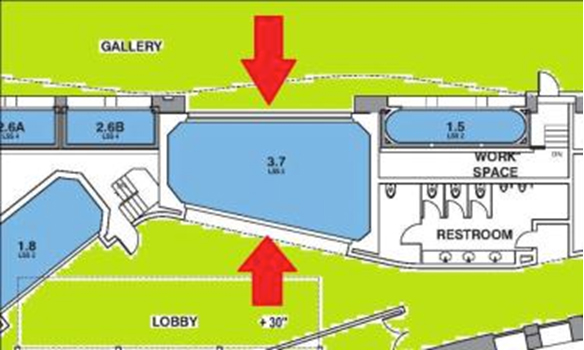 This exhibit will be the second largest of the project. It will recreate a rocky outcropping in the Gulf of Mexico. Sharks will include blacknose and bonnetheads. A variety of stingrays will be living on the exhibit floor as well as swimming in mid-water. Other fish may include schooling jacks, eels, and a sea turtle.

This exhibit will be viewable from two locations: at the point where visitors first enter the Aquarium’s lobby, and then again from the long west hallway, before they exit the building. These views will give different perspectives of the exhibit. Educational stories could include discussions about predators, sea turtle conservation, and what it means to be a pelagic swimmer. 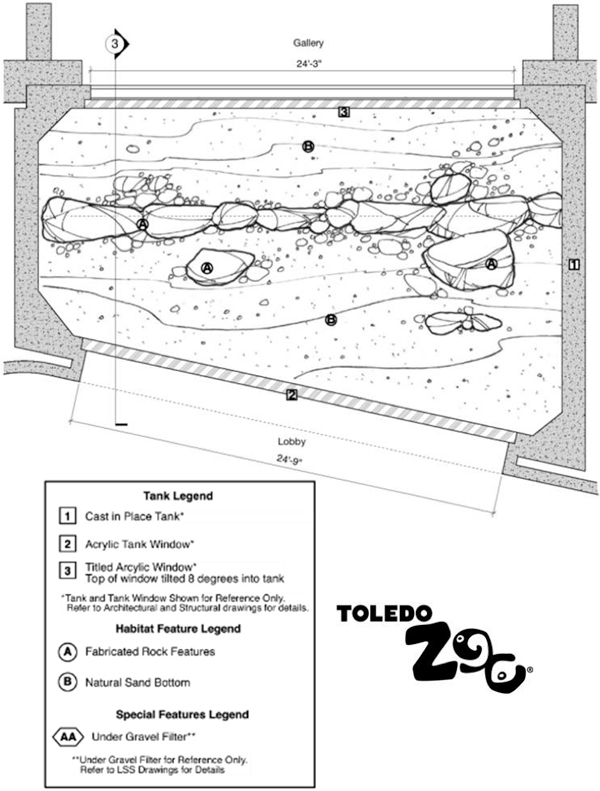 One very exciting aspect of this exhibit is that it will provide the opportunity for the Toledo Zoo to assist the three North Carolina Aquariums with their sea-turtle-rescue program. From time to time, waif sea turtles are discovered on Atlantic beaches, and these may be too small to be released safely in the ocean. These turtles can be sent to public aquariums, like the one at the Toledo Zoo, and then returned to the ocean after they have grown large enough to be safely released.

The plan is to take in one of these turtles at a time, and when it is time to release it, fit it with a satellite tracking device so that scientists can learn more about where these turtles go in the ocean. The Toledo Zoo will then take in another “orphan” turtle and repeat the process.