The OxyPro air pump from Cobalt Aquatics is the first really new design for an  air pump that the aquarium hobby has seen in a really long time. Although fundamentally the OxyPro uses the same sort of diaphragm pumping mechanism to deliver air to aquarium devices, that’s where the similarities end.

Although it uses only two watts of power, the OxyPro still manages to push 40 gph (150 liters per hour) at a depth of more than six feet. Those specs alone aren’t that far from high performance and larger air pumps but the OxyPro has another ace up its sleeve. The double barreled tubular construction really does reduce the noise level.

We replaced a venerable Tetra Luft pump with the OxyPro and not only is Cobalt’s new air pump really quiet, even the tone of the OxyPro is much lower one and much harder to distinguish than the higher pitched hum of a typical aquarium air pump. Together with the hollow silicone feet and the double barreled interior the OxyPro is one silent worker.

But if the performance and quiet operation are not enough to really set the OxyPro apart from other air pumps, a few other nice touches do. The intake air filter is exceptionally easy to access and service with a coarse foam filter which will be much easier to clean and reuse than the fiber pads of older type air pumps.

Finally, the glowing green adjustment dial really gives the OxyPro the modern feel. Not only does the dial glow green indicating power is applied, it also varies intensity according to your setting and it makes it really easy to find and adjust in a darkened fish aquarium stand where many of these air pumps are likely to be placed.

We are currently using a review sample of an OxyPro air pump to drive the CPR Aquatics Aeroforce AP protein skimmer. The bubbles are just as abundant as they were before with the Tetra Luft pump but the barely noticeable has changed to a much lower tone than before. If the Cobalt Aquatics OxyPro can perform on par with the  now Coralife Luft pump for a similar price and a three year warranty, then we see the OxyPro perhaps becoming the new workhorse of medium duty high pressure aquarium pumping needs. 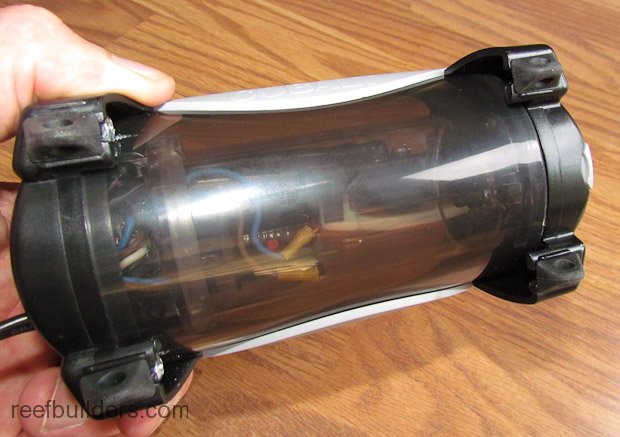 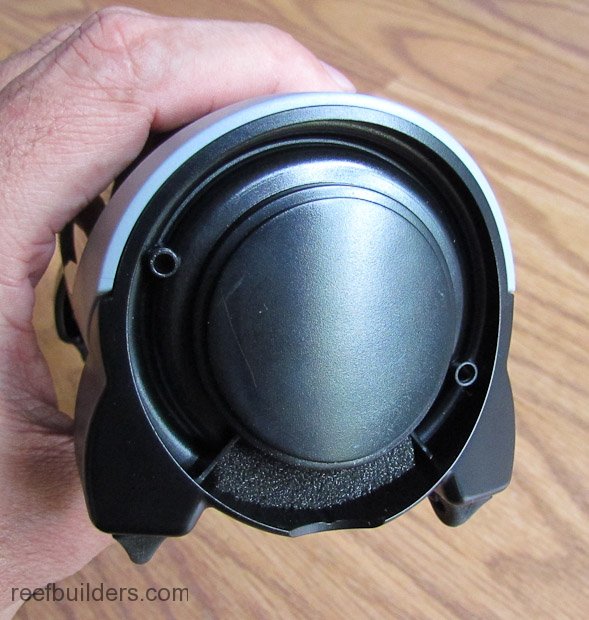 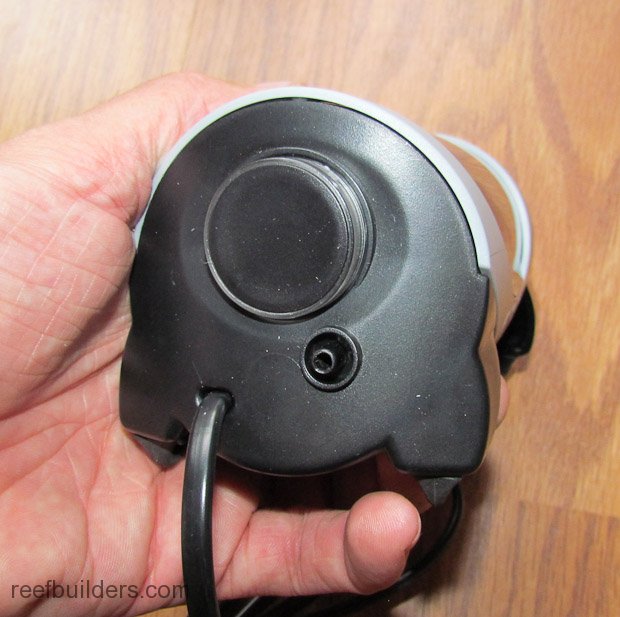 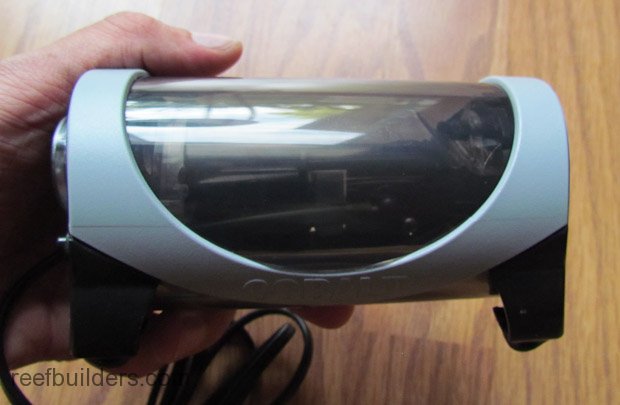 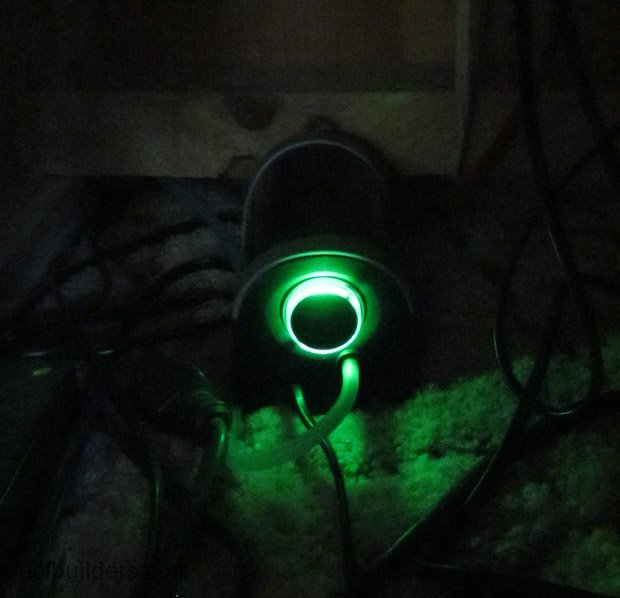 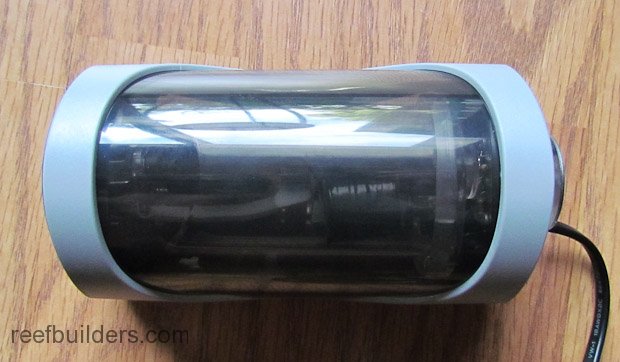