The ubiquitous and staple Zebrasoma scopas (Scopas, or Brown Tang) is so variable that over the years we’ve seen aberrations and variations running the gamut from Koi types, ghost white, tricolored, dirty yellow and almost everything else in-between. While dirty yellow variants are quite common, eye blinding yellow ones such as these are not and this is the first we’ve seen. They’re so yellow that we mistook them for Z. flavescens initially. Keep reading for more pictures of this color confused surgeonfish. 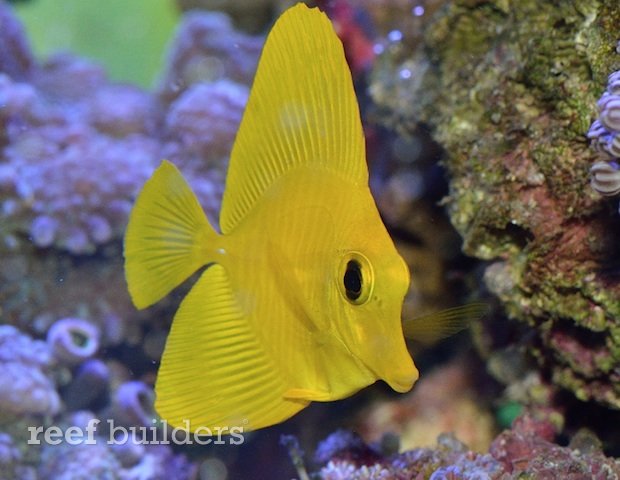 These two Cebuan surgeonfish arrived masquerading under the guise of Z. flavescens. Had we not known where the fish came from, we would have made the perfectly excusable assumption that these were indeed the latter. How a fish genetically coded to look so brown end up so yellow is beyond us. While Z. scopas and Z. flavescens share almost identical DNA, aberrants in the latter are remarkably rarer and nowhere near as common as Z. scopas. 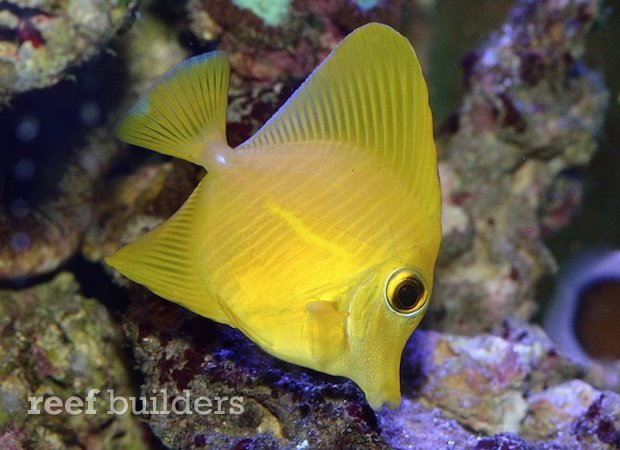 The two juveniles sport a very high dorsal and anal fin profile coupled with discreet spots and stripes that identify with the juvenile of Z. scopas. Moreover, one of them sports a thin light blue margin on its tail and fins, which is not seen in juvenile Z. flavescens. We have no idea how these yellow brown tangs will look like as an adult, but we hope they keep their gorgeous yellow coloration. Sure, a yellow yellow tang would do the job, but a yellow brown tang is a different kind of special. The next time you stumble upon a bright yellow Zebrasoma swimming amidst Philippine fish, take a closer look. Yellow tang? Do not be fooled. A brown tang masquerading as its yellower hawaiian cousin may be lurking at a fish store near you. 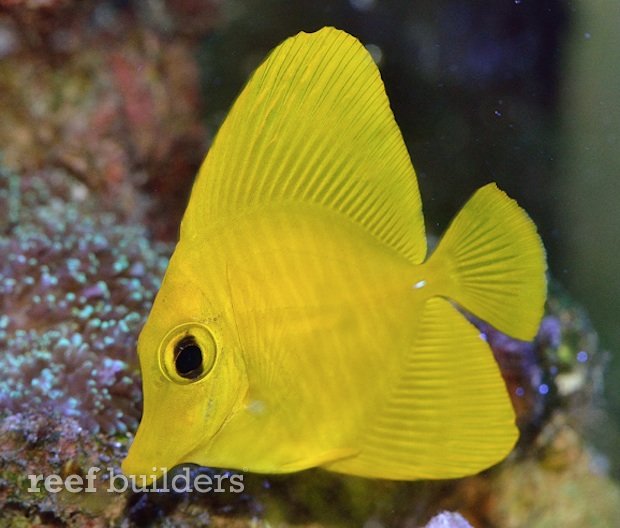 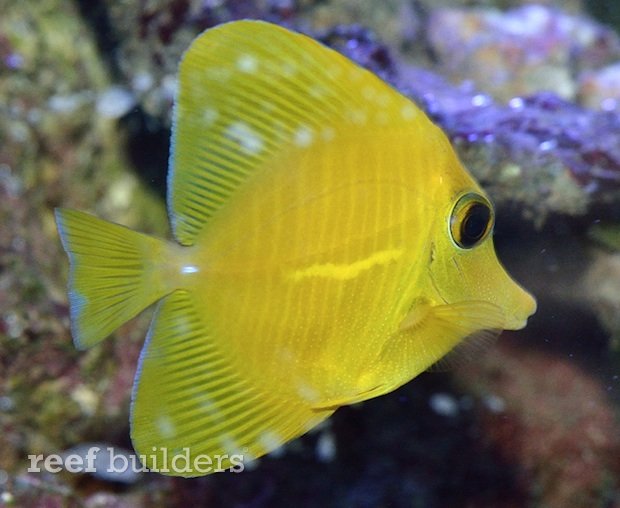 Get your new Giesemann showstopper tank at MACNA