With the Toledo Zoo’s Aquarium currently undergoing a $25.5 million renovation and the new Aquarium slated to open in 2015, curious Zoo visitors frequently ask what exhibits the new Aquarium will feature. In this installment, let’s continue our exploration of these new exhibits with a look at the temperate marine systems we have in the works.

Please bear in mind that the planning process is fluid; things can and will change before the Aquarium’s grand opening. Additionally, the names for the exhibits are only placeholders—the final names may reflect helpful donors or be more descriptive of the exhibit itself.

Although the three largest exhibits in the new Aquarium will all contain tropical (warm) water, many interesting aquatic species also live in the temperate (cooler) waters of the world. For this reason, many of the smaller exhibits were designed using a chilled loop from the building’s geothermal system, connected to individual heat exchangers to maintain a water temperature of 55 to 68 degrees Fahrenheit in each exhibit. Four of these exhibits will be stationed along the south end of the Aquarium: Giant Crabs, California Kelp Forest, the Deep Sea, and Flashlight Fish. Gallon for gallon, these exhibits will house some of the strangest-looking animals in the new Aquarium! 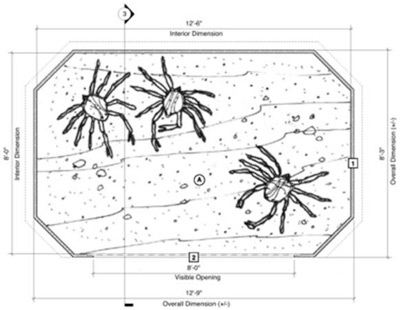 A perennial favorite with visitors to the old Aquarium, these huge crabs get new digs in the renovated Aquarium. At 4,400 gallons, it will be four times the volume of their previous tank! We can also display other temperate Japanese species, such as snipefish and Japanese roughy, in the same exhibit. 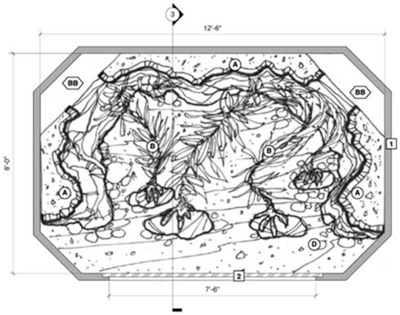 This exhibit allows us to display leopard sharks and other coastal California species—including bat rays. The bright orange Garibaldi fish will stand out for visitors from across the lobby. A special Hydrowizard pump will produce simulated ocean swells and currents. This computer-controlled pump uses only 300 watts of electricity, yet can create waves as high as two feet in this environment.

Since 2000, the Toledo Zoo Aquarium has gained a wealth of experience in keeping deep-sea creatures from Japan. One thing that we’ve learned is that “eat or be eaten” is a common trend for these animals, especially for crustaceans whose shells are still soft right after they molt. For this reason, our new 400-gallon Deep Sea exhibit will be divided into four compartments, separating predator from prey.

Check out the Toledo Zoo Aquarium renovation page for all updates.