Omega Sea Micro Pellets are made with nothing but the best

Omega Sea is now making Micro Pellets to feed our fish after more than a decade of making flake foods from really fresh ingredients, and more recently frozen foods. The Micro Pellets come in a Marine, a Veggie and a Tropical Fish formula with different nutritional profiles to appeal to a wide range of fish species.

We all know there is a myriad of different pelleted fish foods available for us to feed our precious fish. But like flake foods, the consistency of the fish food pellets varies widely from the ultra dense fast sinking type to those that are much lighter and float on the water like koi and pond fish food. On the more novel front we’ve seen the semi sinking Tetra Crisps come to aquariums, which are like fruity pebbles for fish with a texture neatly blending the properties of flake and pelleted foods. 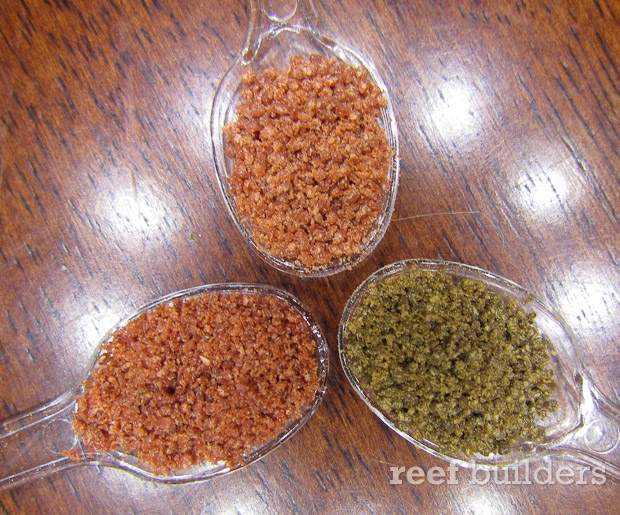 Omega Sea’s Micro Pellets fall somewhere in the middle of those examples, with a slow sinking pellet which is soft enough for smaller fish to actually chew on. The average size of the Micro Pellets by Omega Sea is around the 0.5 mm range so it is uniquely suited to fit in the mouths of small gobies, dottybacks and even younger clownfishes.

Of course what matters most in the fish food is how it is processed and the starting ingredients, which in the Micro Pellets reads like a seafood menu. Salmon, Halibut, whole herring, cod and shrimp make up the primary ingredients of the Marine and Tropical Micro Pellets recipes while the Veggie Micro Pellets skew a little more into kelp and spirulina in addition to the seafood mix.

We’ve found the Omega Sea Micro Pellets to be extremely palatable to various smaller marine and tropical fish. The slow-sinking property of these Micro Pellets means that less of it ends up on the bottom of the tank, or in the filter, and not only have the mobile invertebrates shown great propensity to grab this food, the semi buyoant nature of Omega Sea Micro Pellets makes them surprisingly easy for corals to catch and hold on to. [Omega Sea] 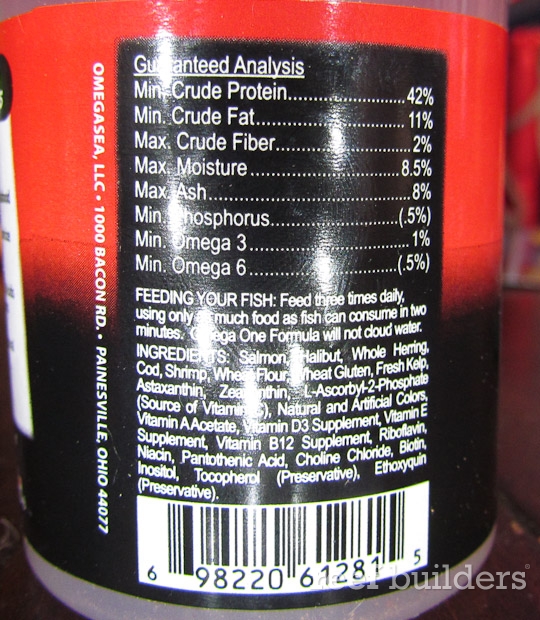 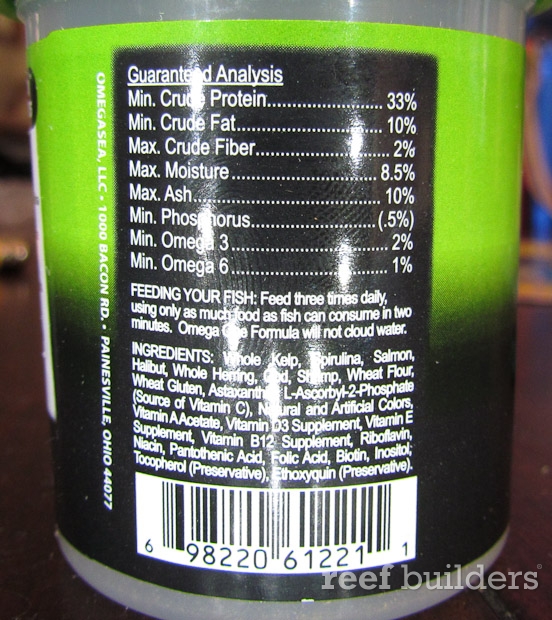 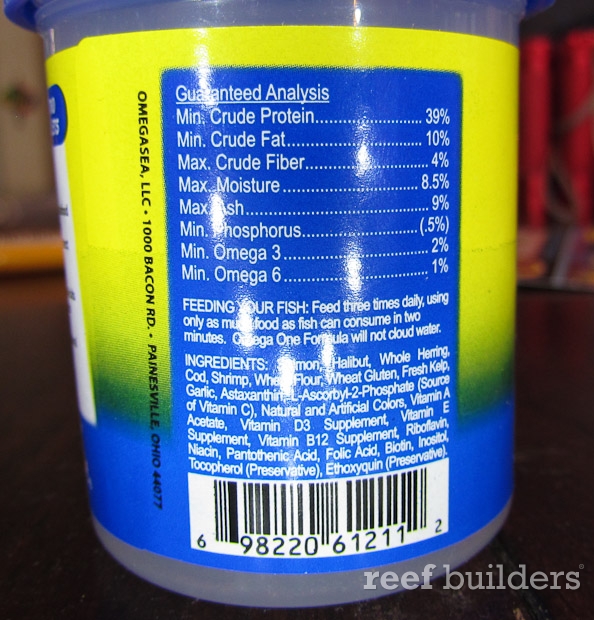