Sometime this summer we found ourselves floating on the surface of a shallow Indian Ocean near shore reef when we spotted something bright and unexpected – a brilliant black and white damselfish the likes of which we had never seen before, not even in a book. Upon closer inspection of this bold creature, we fell in love with this unknown fish and had to find out what it was.

The beautiful damselfish spotted in Mauritius turned out to be Chrysiptera annulata, a damselfish that looks like the related humbugs of the genus Dascyllus except this guy belongs to a whole different genus and is much brighter white in coloration than your average three or four stripe humbug.

After our visit to Mauritius and our encounter with the tiger damselfish, we tracked down an ID for the unknown beauty and encouraged the collectors to go find this fish. It didn’t take the Gurroby family and before we knew it there was a handful of tiger damselfish on their way to Los Angeles. 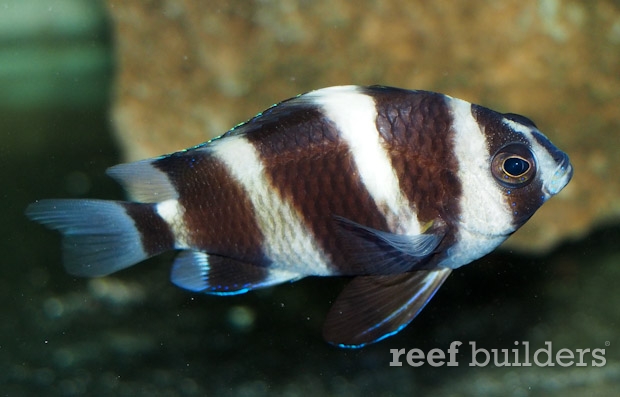 The tiger damselfish has turned out to be an awesome aquarium fish, not nearly as aggressive as a humbug with an average disposition for a Chrysiptera species. We have kept a tiger damselfish in a relatively dark-decorated aquarium with a black bottom and black background which has probably contributed to a somber coloration in our tank. Perhaps a brighter, whiter aquarium, like a reef tank with bright white sand, could help this species display its boldest black and white pattern.

Two features which really help the tiger damselfish stand out are its pelvic fins and its snout. The huge black pelvic fins, which when flared really give this species a superficial resemblance to the banggai cardinalfish, but so far there are no observations of juveniles swarming around long spine urchins – but it’s possible. The other differentiating feature that really distinguishes Chrysiptera annulata from its Dascyllus cousins is the thin black stripe across the snout giving it a cute, Dia de Muertos kind of appearance.

Of all the rare and unusual fish we’ve come across in the last few years, the tiger damselfish is one for the masses; it’s not hard to find, it’s hardy and it shouldn’t price out of a reefer’s budget should they choose to pick one up at the LFS, if and when more of them are collected and shipped to aquarium stores. Big thanks to Sagar and Meneeka for finding and shipping this fish for us and Sea Dwelling Creatures for receiving and handling this fish on our behalf. 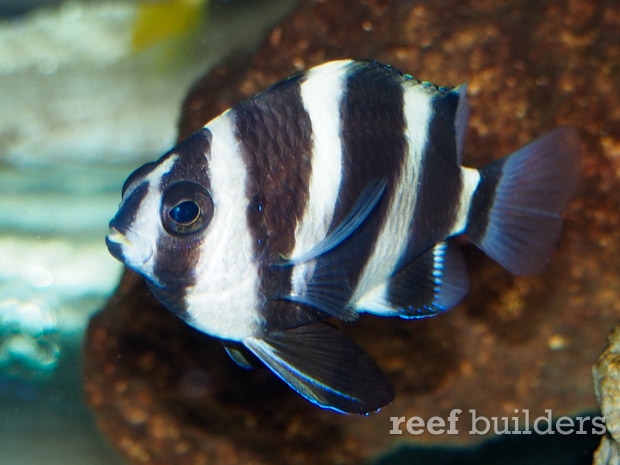 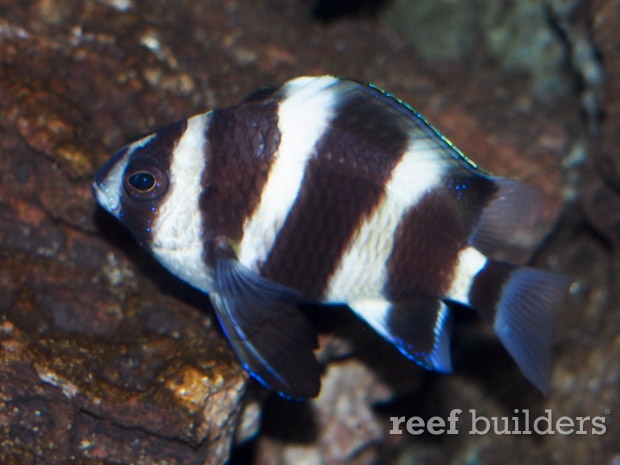 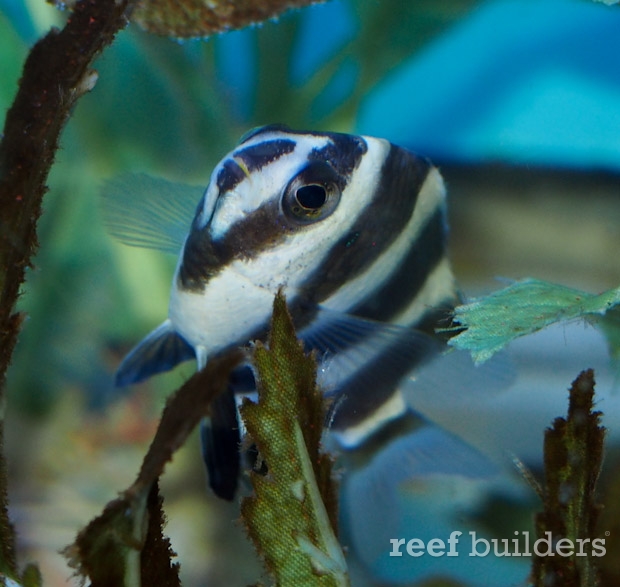 Avast Marine Vibe reactor is a game-changer for zeolite users

4 Reasons Not to Knock Nano Aquariums