On a recent visit to the LFS, we couldn’t help but notice the giant boxed Instant Ocean jug and the 25 gallons of salt mix that comes prepackaged with it. Instant Ocean is releasing the 2.5 gallon commemorative jug to celebrate its 50th anniversary, and why it took them fifty years to come up with this idea is a real head scratcher.

First of all, there isn’t anything particularly commemorative about this jug, it’s just a two and a half gallon jug with a label on the front and back. And for a humorous twist, the jug has embossed in its surface “do not reuse container”. But anyway, it’s a simple plastic jug and you can reuse it for whatever you want. The more interesting thought is why in the heck has this product not been available since the explosion of nano reef tanks and who’s bright idea is it to make this product a limited time/edition only? 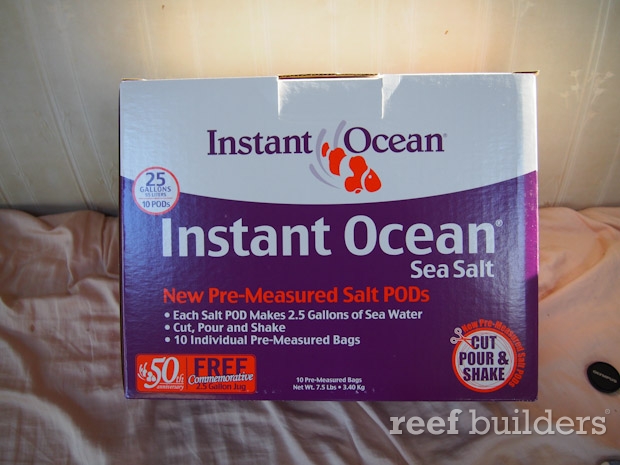 For about $25 at retail, customers can pick up a neat little kit that will let them mix two and half gallons of sea salt mix at a time which is a perfect amount of water to change at once for tanks up to 30 gallons. Ten pre-measured bags can be poured in with 2.5 gallons of purified water into the jug and mixed to perfection without having a huge water making setup. The one important direction that is missing from the mixing instructions is the requirement to add the salt to the water, and not the other way around which results in much more precipitation, cloudy water and inconsistent parameters.

This is the kit we would get for our Grandmother if she ever got into keeping a nano reef tank, and it’s also a great water making system for traveling to the many reef aquarium events around the country. The million dollar question we have is wether we could ever expect to see this in a 5 gallon jug & 50 gallon salt mix kit?

If LFS customers aren’t snapping these 2.5/25 kits like hot cakes (yet) it’s probably because customers who are in the market for it have already been trained and conditioned to buy their water in 5 gallon increments from their LFS; it’s part of what keeps them coming back in. We would love to see this ingenious pre-measured salt and mixing kit stick around long after the limited edition status runs out, and especially to see it in a 5 gallon jug with 50 gallons worth of pre-measured salt, and if it’s not too much to ask, make it the higher quality and cleaner Reef Crystals formulation mmmk? 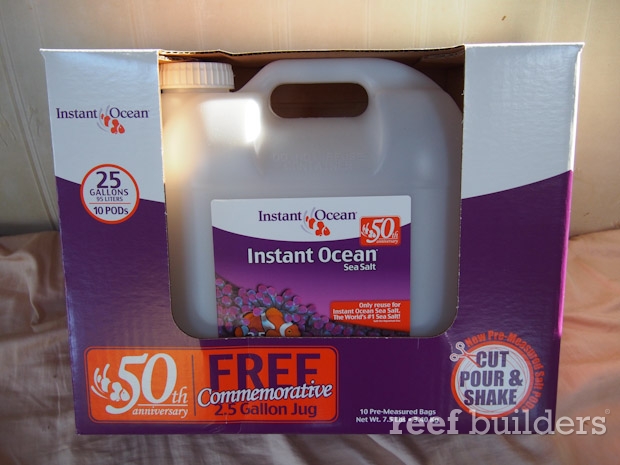 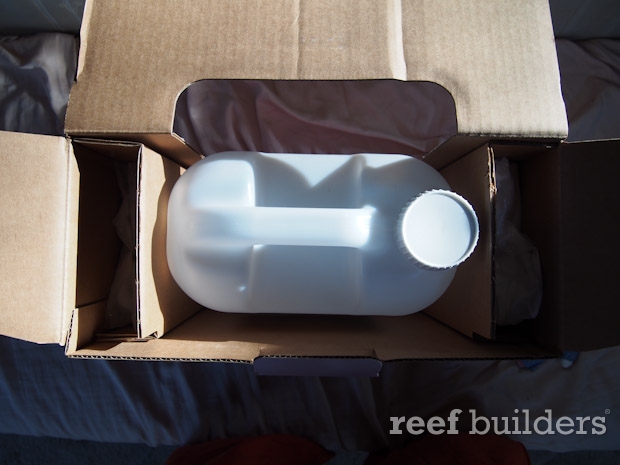 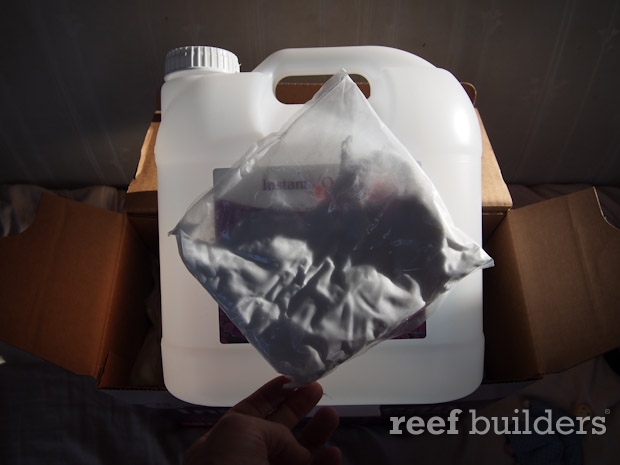 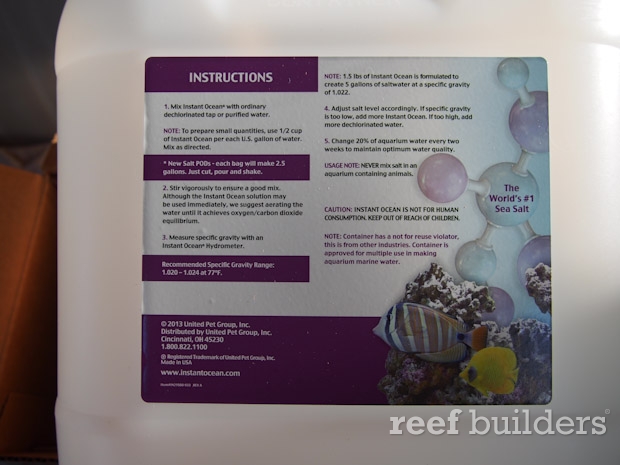