Dampia is a very unique soft coral which has held a very special place in our hearts since the first time we ever saw one. There is only one species in the genus, Dampia pocilloporaeformis, which as its name implies, bears a superficial resemblance to pocillopora with bumps and nodules covering the body, and more obvious when the polyps are retracted.

Speaking of polyps, the beauty of Dampia is really in the polyp animals which are larger than regular Sinularia and similar soft corals, but stiffer to be able to tolerate the high flow that this coral prefers. We’ve only seen two colonies of Dampia, ever, and haven’t seen a new one in more than six years! The first colony we ever spotted was a small to medium size with green polyps and the strain we currently grow, has bright white polyps that look somewhat blueish in standard reef aquarium lighting. 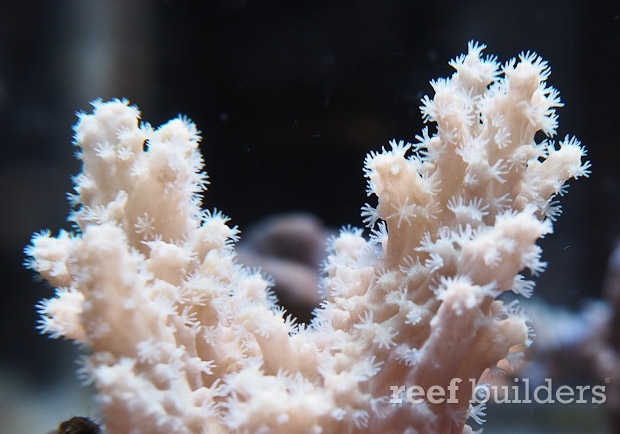 We’ve had a frag of Dampia for nearly three years and it took this long to finally get it into photogenic shape, and to learn what kind of conditions it prefers. Our mistake with Dampia was treating it like a soft coral when it really prefers the aggressive flow speed and surge that is more in line with SPS corals.

So that’s where we keep it, in a corner of the SPS reef tnak where it gets blasted by flow and the small Dampia colony greets us with its large flowery polyps which are more reminiscent of a hungry gorgonian than a typical leather coral. Dampia is not a coral that will appeal to everyone, nor is there enough starting material to really put this species into intense propagation for the masses. However, if you happen to be into the soft coral curiosities, do keep an eye out for the sturdy bodied soft coral with a bumpy surface and big polyps the next time you’re looking over a fresh crop of softies, you might get lucky. 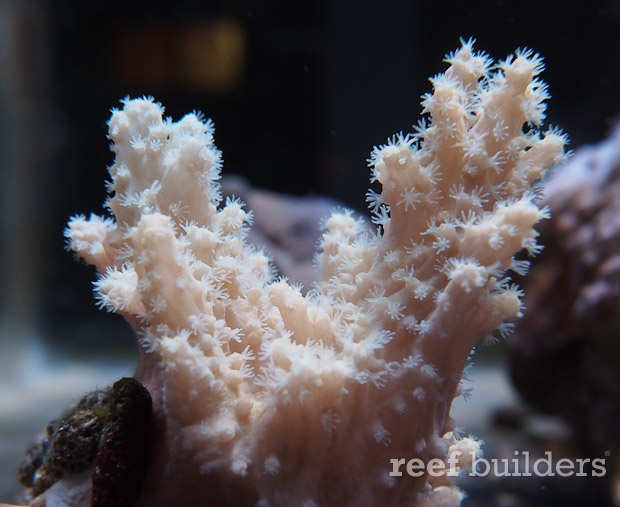 Want to win the "Tank of Your Dreams"? Enter this EcoTech Marine and Innovative Marine video contest

Chromis brevirostris is a gorgeous species which is barely documented