There’s a new species of Cycloseris on the block and this one is distinguished by how small it remains. Growing up to only two inches (50mm) in diameter, Cyloseris boschmai was recently, finally described after more than three decades of collections of the skeleton of this species. 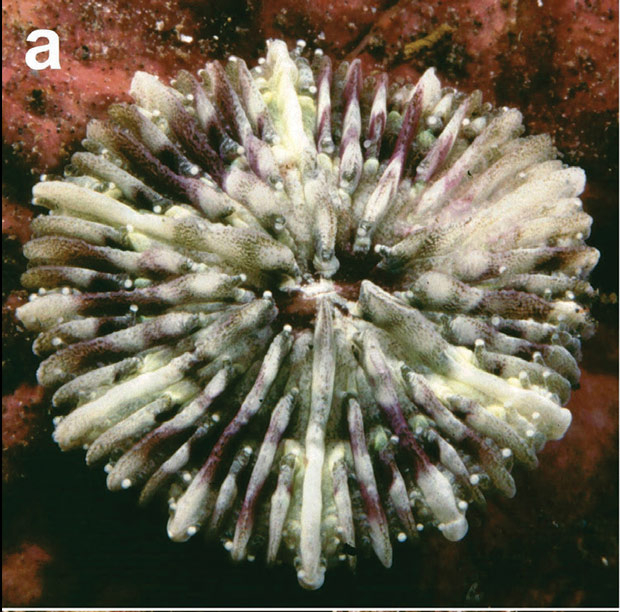 Cycloseris boschmai took so long to finally be described because its small size reveals very few intrinsic morphological qualities that could help to distinguish it from other related corals. Besides being small, Cycloseris boschmai is reported to be more colorful than other similar free living fungiids like C. tenuis and C. vaughani. 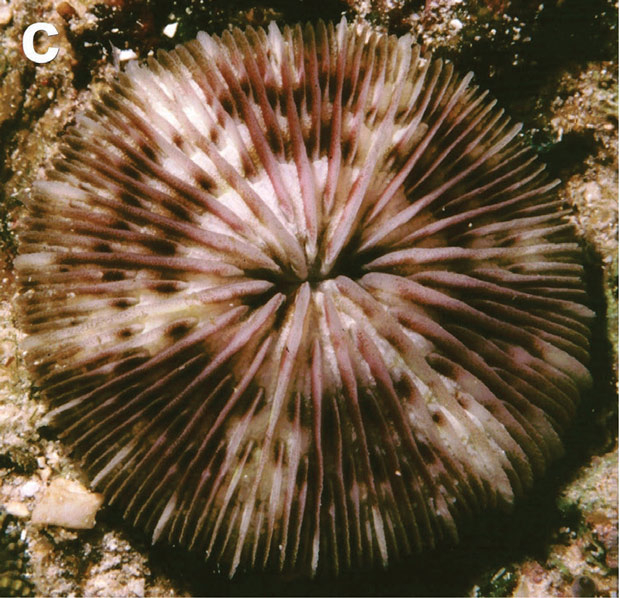 When it applied to the Cycloseris corals, “colorful” is a relative term as the aquarium hobby has dug up quite a treasure of awesome disc corals in the last few years. In any case, if you want to get your hands on the new Boschmai’s disc coral, which no one will recognize anyway, you’ll have to go fishing for it around the coral triangle, with Bali being the primary coral collecting location for the aquarium where this teeny tiny disc coral may be found.

One of the cool unexpected nuggets of information that is revealed in the paper describing the new species is pictures of at least two skeletons showing a high degree of marginal budding, that is, new anthocauli forming on the perimeter of the coral skeleton. We’ve seen a few examples of asexual budding in Cycloseris in aquaria but Fungia is much better known for this reproductive strategy.

Cycloseris boschmai was described by Bert Hoeksema, the grand daddy of Fungiid taxonomy and also the namesake of the fabulous blue staghorn, Acropora hoeksemai. 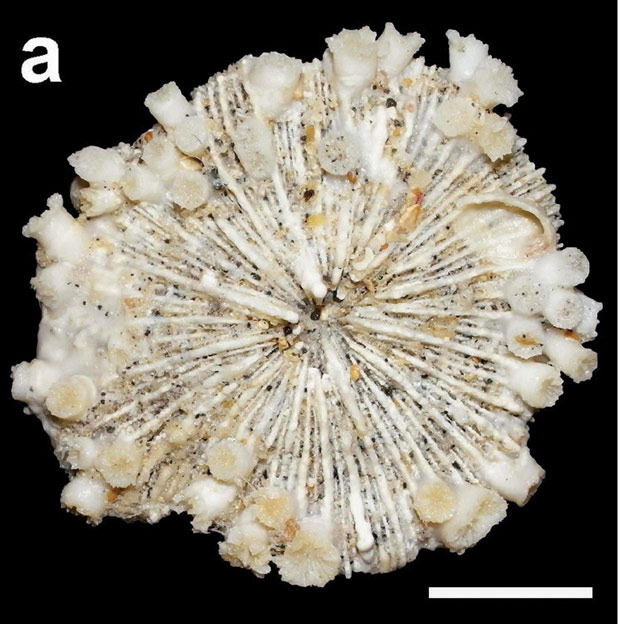