The Rise of the Connected Aquarium

The growth of smartphones and Internet-connected devices around the home has had a positive impact on the aquarium industry. Just like the rise of the connected home, we are seeing a rise in the connected aquarium. Each year we are seeing more-and-more aquarium devices coming on the market that easily connect to the Internet, changing how we interact with our aquariums.

For years, savvy reefers hacked systems to automate and monitor their aquariums remotely such as the popular X10 systems. As Internet connectivity became more mainstream, WiFi and Bluetooth receiver prices became more affordable to include in many devices. We recently conducted an online survey of 300 reefers and asked them a series of questions around the connected aquarium and there were some interesting discoveries. 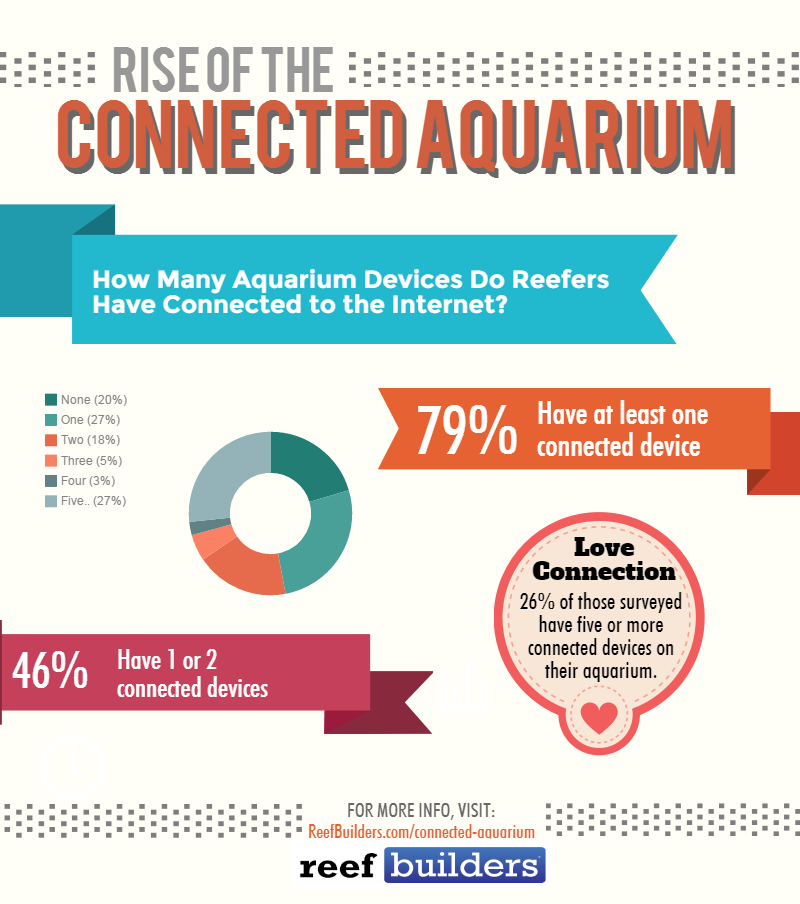 We started by asking how many aquarium devices they have connected to the internet via Ethernet, WiFi, Bluetooth or cellular connections and we found the majority (79%) had at least one connected device. Of those polled 46% have one or two connected devices and 27% have at least one. We were surprised to find that 26% said they had five or more devices.

What is the most popular device we’re connecting? The survey found that 24% have their controllers connected, 17% have their lighting connected and 12% have waterpumps or powerheads connected to the Internet. ATOs, auto water change units, skimmers and aquarium monitors were the least popular with just a handful saying they connected these devices.

Despite the alarming number of stories about hackers taking control of connected devices, most hobbyists feel pretty safe from hackers and other security breaches. The survey found 46% are not worried about their devices being hacked compared to just 27% who are concerned about hacked devices. 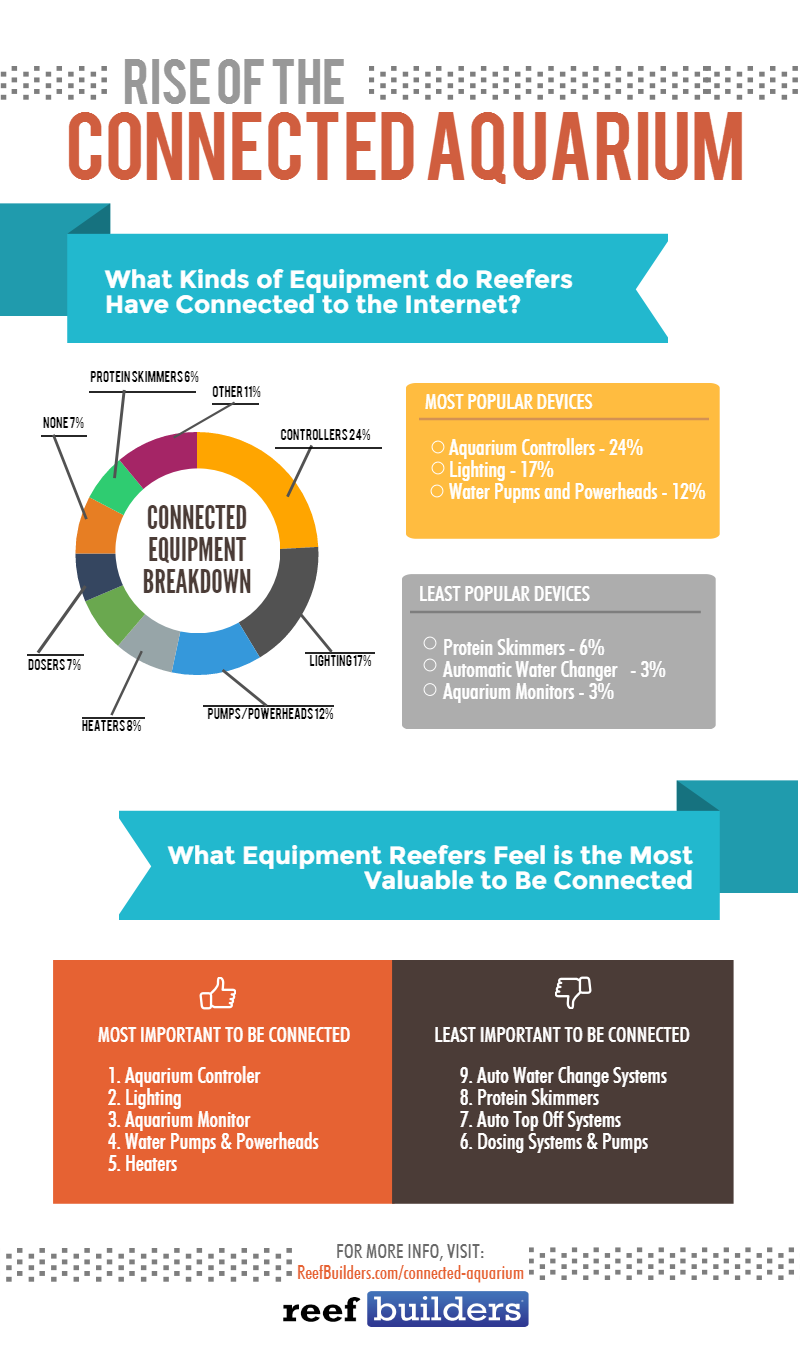 How are people controlling and accessing information on these devices? The smartphone is the king, with 30% conntecting via a mobile browser and 24% by an app from the device manufacturer. PCs are still popular but only 16% said they used their PC and a browser to check on their devices and a smaller portion hardwired into their device by Ethernet cable. A slim 4% have a connected device but haven’t connected it yet.

When it comes to our smartphones, the reefers we polled are more Apple fans than other mobile OS providers. There was a staggering 58% that said they are using an iOS smartphone compared to 35% using Android. Windows and Blackberry accounted for a slim margin, 4% and 2% respectively.

A resounding 97% of those we polled felt it was important to be able to control their equipment via their smartphone. Also of note, 84% said they like it when the manufacturer provides a dedicated mobile app but the jury is still out on mobile app design with 40% on the fence on whether or not these apps are designed well (37% liked them and 23% said no way). However, 89% would rather have a unified app to control all their devices.

For those of you heading to MACNA, there will be plenty of new devices that will have connectivity and we expect these numbers to grow even more in the upcoming couple of years. How do you feel about the rise of the connected aquarium?