Volunteer applications are now open for Love the Oceans marine conservation research in Mozambique. Volunteer opportunities take place in Guinjata Bay, part of the Inhambane province in Mozambique and are between 4 and 5 weeks long running from July to October.
The Guinjata Bay region of Mozambique represents an area of high biodiversity which offers an exciting opportunity for local communities to generate a sustainable source of revenue from ecotourism based initiatives. Volunteers for Love the Ocean are part of an important research team which collects evidence to support this theory with two important data sets; insitu measurements and artisanal fishery recordings. The insitu measurements include collecting data on coral reef health, and whale shark and humpback whale sightings, while artisanal fishery recording involves collecting data on sustainability of catches.
Collecting data on coral reef health includes visual censuses of the reef and quantifying fish species abundance and diversity. This data is used to calculate biodiversity on the reefs as an indication for reef healths. Volunteers will also collect data on whale shark sightings using photogrammetry and humpback whale sightings, pod dynamics and surface behavior.Data collected from volunteer research will be used to lobby for a marine protected area, which if implemented would enhance ecotourism opportunities for the region. 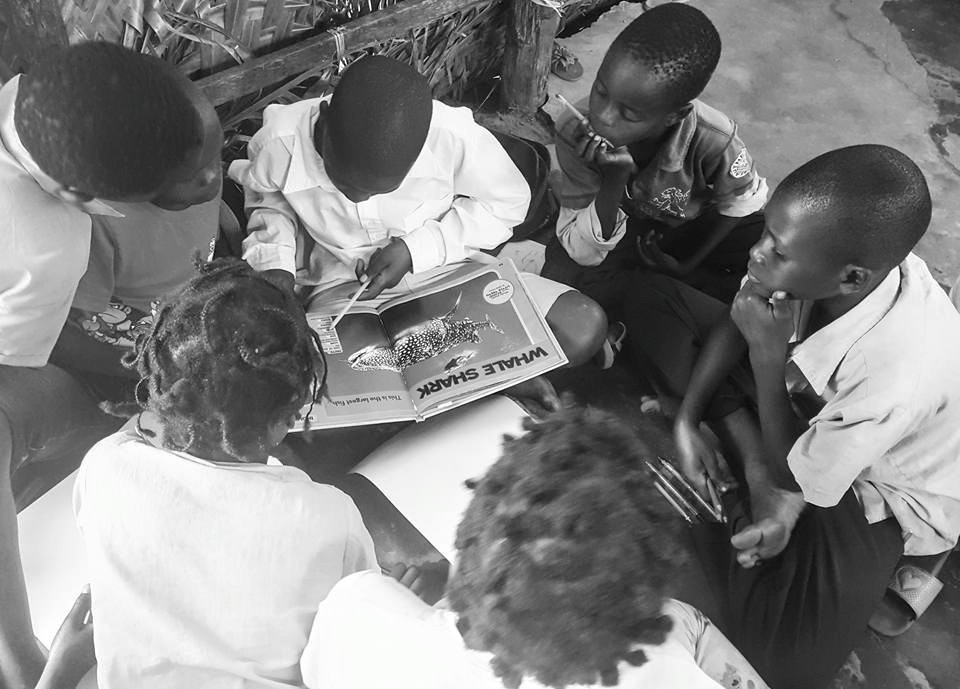 Love the Ocean also works with the local communities to encourage sustainable fishing. Volunteers can also help record data on the local artisanal catches, focussing on sharks and rays. Through research and data collection Love the Oceans is able to build a reliable and solid data logs on species caught (mainly sharks and rays) and the methods in which they are caught.
As part of this volunteer opportunity you will also participate in community outreach though educational programs. Love the Oceans works closely with the Guinjata Bay communities to educate children, who are the next generation of fishermen and by also organizing presentations for active fishermen about the risk of overfishing.  Love the Oceans also organized educational workshops for local communities on the dangers of mercury contamination due to the amount of shark & ray meat being consumed in communities.
Volunteers should have their Advanced Open Water Divers certificate for the 4 week course and an Open Water certificate for the 5 week course. If you would like to Volunteer for Love the Oceans of want more information you can visit their website or follow them on facebook.