For the first time in thirty five years a rare hybrid sea turtle has been observed in Australia. The sea turtle nicknamed Summer was brought into the Reef HQ Great Barrier Reef Aquarium in Townsville, suffering from several fishing hooks embedded in her mouth. 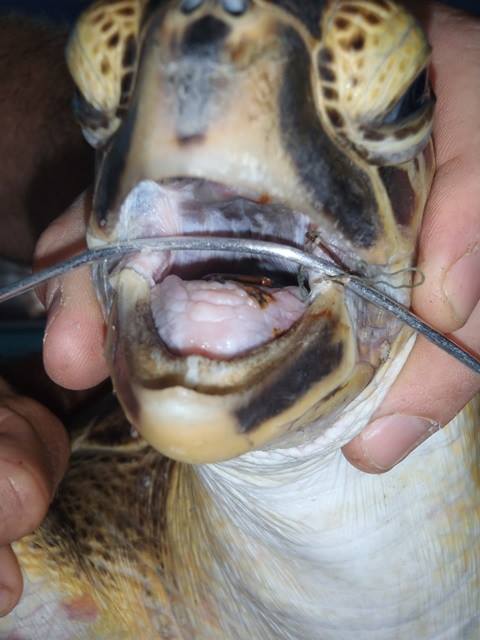 To the aquarists surprise Summer exhibited both traits of a hawksbill turtle and a green sea turtle. The Reef HQ’s director, Fred Nucifora first suspected Summer was an extremely rare hybrid of the two turtle species.
Hybrid sea turtle are extremely rare, said Nucifora, and there had not been a recorded instance of a hybrid anywhere in the world since the 1980s. “To our knowledge the last time a hybrid of this kind was seen, it was in South America in the late ’80s,” Mr Nucifora said. “It is not something that has been seen before in Australia”.
Since having the hooks removed Summer is recovering and doing well under the care of the animal hospital. She is in quite good health says Nucifora. “She was taken out to the James Cook University veterinary clinic for some X-rays the other day and they all came back really nicely”.

Reef HQ’s scientist were excited by the prospect of Summer’s rare genetic make up, and they are confident that genetics test will confirm their suspicions. Turtle researcher, Dr Col Limpus will visit Townsville to confirm genetic makeup, gender and reproductive viability.
“We are 99.99 per cent sure that it is certainly a hybrid,” Mr Nucifora said.
Despite her rarity, Summer will not be kept in captivity for long, and will be released back into the wild once she has returned to health.
Mr Nucifora said, “our intention with every turtle that comes into the turtle hospital is give it a swift recovery … and get them back out where they belong, in the beautiful waters of the Great Barrier Reef Marine Park”.
Summer is on show as part of Reef HQ’s turtle hospital tours. You can watch a video about Summers rescue here. 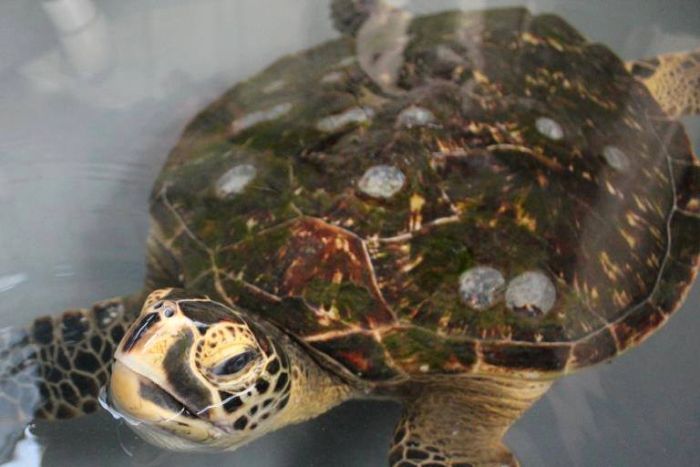 The Signal Goby: A Master Mimic with a Sketchy Captive Survival Record