Captive bred flame angelfish are not new, but it’s been so long since their last sighting that you may have forgotten that they are even a thing. It’s been over five years since we first learned of the existence of these little marvels, and showed off a few of our own in our ‘show’ tank at Reefapalooza 2011. 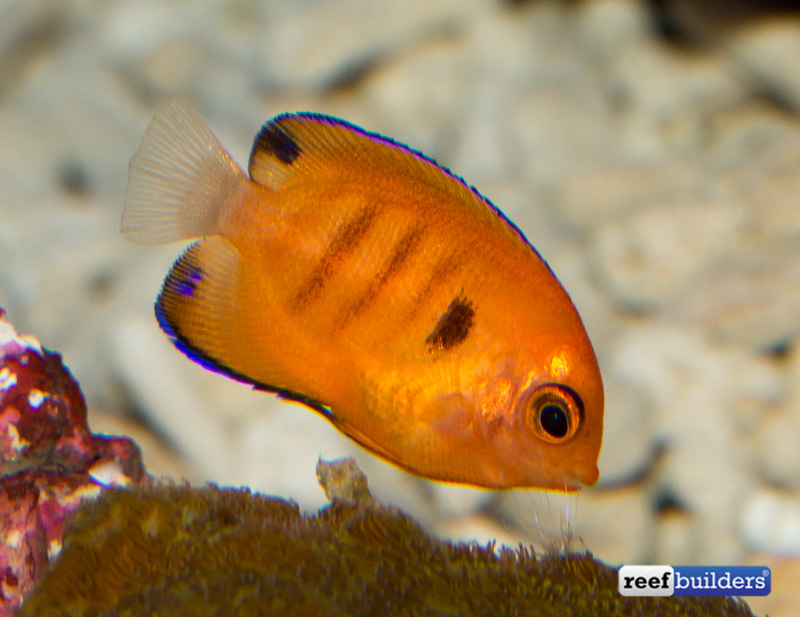 The first flame angelfish were captive bred way back in 2002 by the Oceanic Institute, the same organization that brought us the first captive bred yellow tangs. However it is another Hawaiian enterprise who has bred this crop of flame angelfish, not in any huge commercial quantity, but enough that Quality Marine saw fit to flaunt them a little bit at their MACNA 2016 booth.

It was such a delight to see these captive bred flame angelfish again, especially as a group in a large tank. Whether they’re not mature enough to be very aggressive to each other, or maybe captive breeding has tamed them down a little bit, you don’t usually see so many flame angelfish in a reef tank, and especially not the size of a small damselfish. 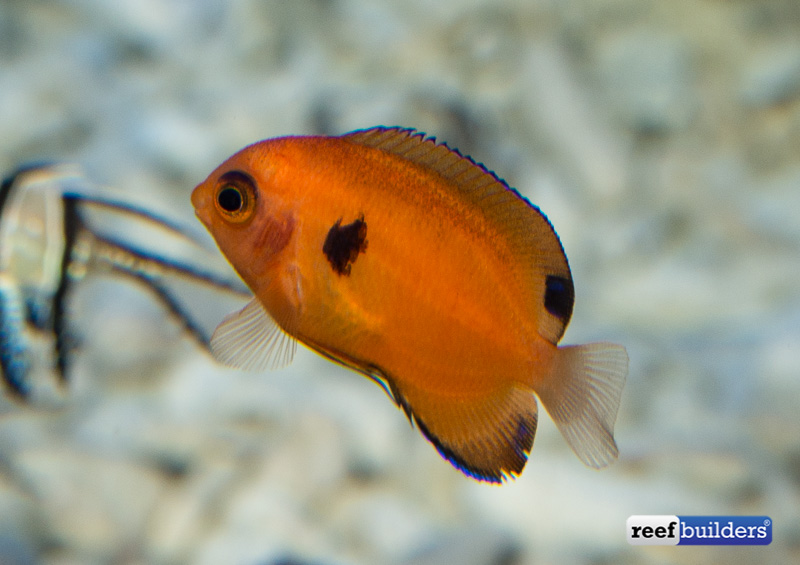 But best of all, it was great to see how well developed the aquarium-made flame angelfish are. Many species of pelagic spawning marine fish can suffer from defects and artifacts of captive breeding, but these flame angelfish are virtually perfect with proper shaped fins, face and especially gill spines.

The only thing unusual about these captive bred flame angelfish is that some of them show no barring, and instead display only a prominent black shoulder spot on each side. Interestingly, this unbarred color pattern corresponds to the rare Marquesan flame angelfish strain which also has no black bars, so this pattern could be a captive bred novelty for this popular species of reef aquarium fish. 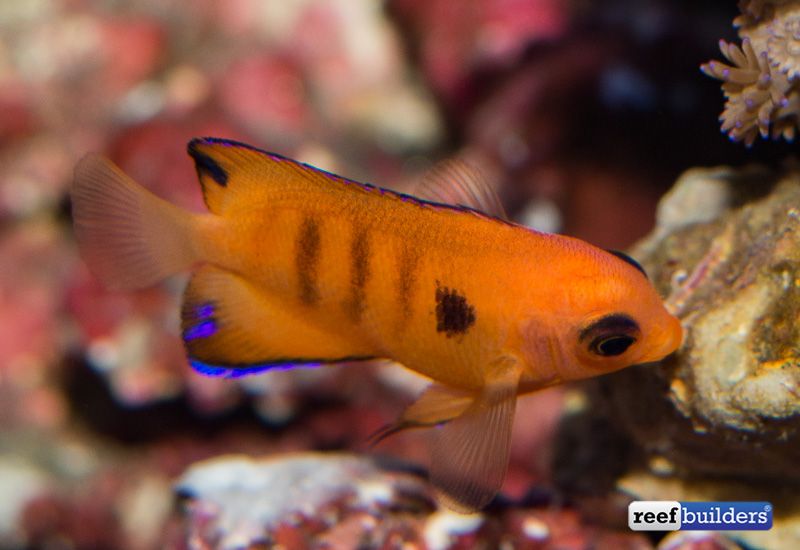 But don’t go off calling your LFS to make a special request for captive bred flame angelfish just yet! Only a limited number of these have been produced, and they’ve mostly been earmarked for public aquariums and the like. These little cuties would be a sensational hit for home aquariums but we’ve still got some time to wait until they are produced in greater numbers.

Either way, we want to thank Quality Marine for bringing their small crop of flame angelfish to MACNA as it always makes us smile to see new species of marine fish being bred in captivity, especially when it’s such an iconic aquarium fish like the flame angelfish. 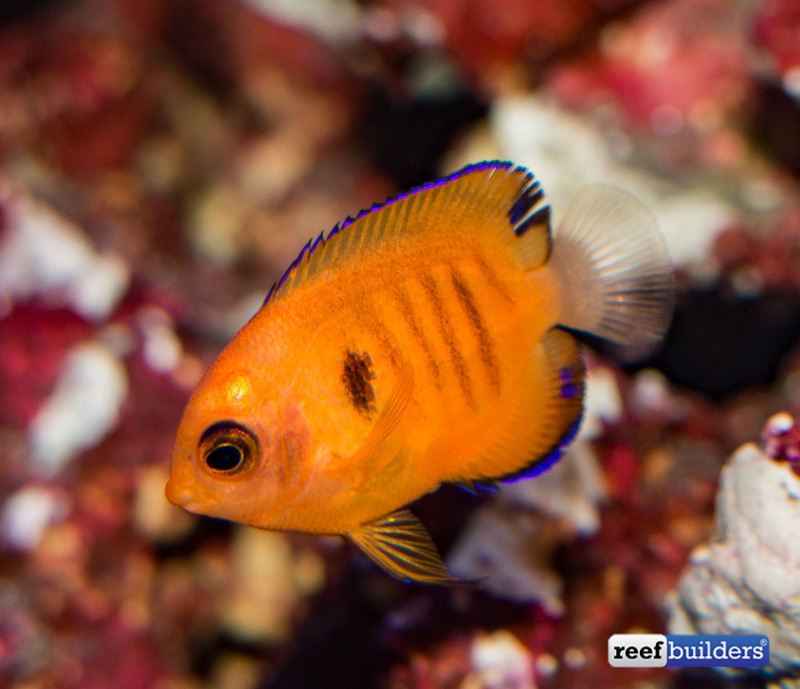 Where the Big Corals Are: The Tank of Martin Lakin